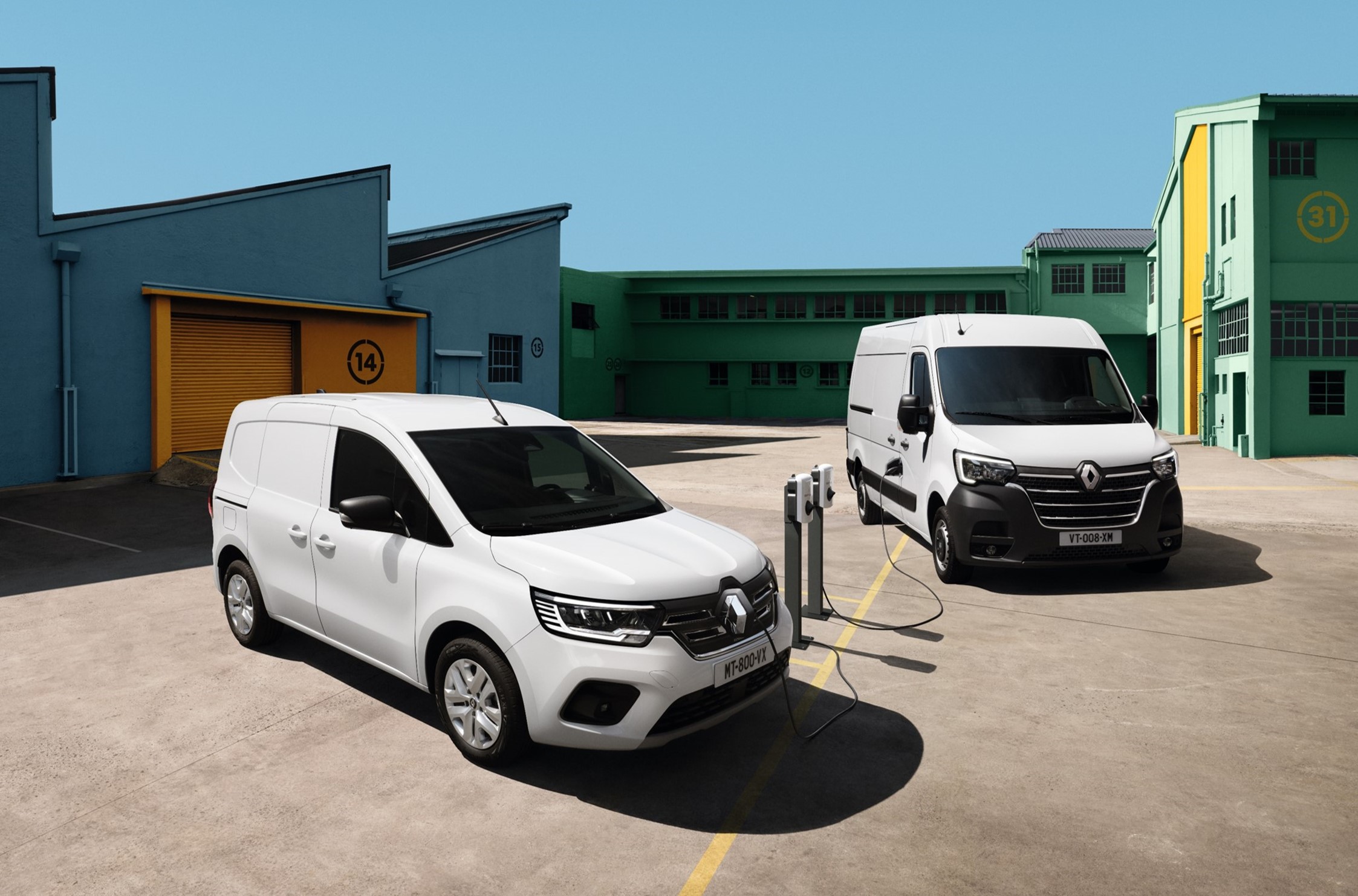 The All-New Kangoo Van E-TECH Electric draws on the legacy of its ICE predecessor, the same van that won ‘International Van of the Year 2022’.

Just over 10 years ago, Kangoo earned its first title for ‘International Van of the Year’ with the very first all-electric version. This past decade of experience and intensive use by professional users has enabled Renault to hold on to its position as leader in electric LCVs and is why it is well placed today to offer an all-new Electric Kangoo with the best range on the market.

Thanks to its new 45kWh lithium-ion battery, composed of 8 independent and easily repairable modules, the All-New Kangoo Van E-TECH Electric boasts a range of up to 300km in WLTP cycle. As such, mini-van drivers have peace of mind when going about a full day of work trips, for an unbeatable cost to own and run.

Available on versions with a 22kW charger, the battery has a liquid cooling system and an electrical resistance allowing use in the right temperature zone, and thus maintaining its autonomy and reducing the charging time.

The batteries are guaranteed for 8 years or 160,000km. During this interval, they are replaced free of charge if their capacity degrades to less than 70% of their nominal value (SoH).

The All-New Kangoo Van E-TECH Electric comes equipped with a 90kW motor boasting 245Nm of instant torque for a smooth and stress-free driving experience in all circumstances. The Eco mode that caps the vehicle’s power output and top speed helps optimise the overall range and is best used when carrying a light load.

The driver can choose between three regenerative braking regimes:

On the All-New Kangoo Van E-TECH Electric, conventional hydraulic braking is assisted by an ARB system (Adaptive Regenerative Brake System), which maximises the amount of recovered energy regardless of the selected braking regime.

The range of drive mode / braking regime combinations means drivers can choose between six different driving styles for optimal comfort and range according to their specific vehicle use and traffic conditions.

The heat pump provides optimal performance when the temperature is between -15 and +15°C. In addition to providing first-rate thermal comfort, it preserves autonomy. This feature allows you to preserve up to 85km of WLTP autonomy in addition.

MAUBEUGE, CENTRE Of EXCELLENCE at the heart of the ElectriCity

Since 2011, the Renault factory in Maubeuge, located in Hauts-de-France, has been making Kangoo vehicles for customers around world.

Along with the Douai and Ruitz facilities, the factory forms the heart of the brand-new ElectriCity hub, Europe’s largest and most competitive EV production centre, through which Renault plans to produce 400,000 electric vehicles per year by 2025.

In an effort to industrialise production of the private and commercial versions of the All-New Kangoo, as well as vehicles from partner brands Mercedes and Nissan, and to guarantee the highest-quality production possible

Renault has invested €450 million in the factory and installed a new battery assembly workshop.

The electric motor and charging units for the All-New Kangoo Van E-TECH Electric are all manufactured at Renault’s Cleon factory in Normandy.

Renault’s large electric van, the All-New Master Van E-TECH Electric 52kWh has been given a brand new 52kWh battery thereby increasing its coverage with a WLTP range of up to 200km.

As with the All-New Kangoo Van E-TECH Electric, conventional hydraulic braking is assisted by an ARB system (Adaptive Regenerative Brake System), which maximizes the amount of recovered energy regardless of the selected braking regime.

There are two types of charging solutions for the van’s battery:

The All-New Master Van E-TECH Electric 52kWh battery takes 5 hours to reach 80% charge when plugged into a 7.4kW wallbox, and 10 hours on a 3.7kW domestic.

The All-new 52kWh Master E-TECH Electric features the energy-efficient electric motor with a power of 57kW (76 HP equivalent). This is ideal for driving on both urban and peri-urban roads with great flexibility.

The All-new 52kWh Master Van E-TECH Electric will be available in 15 versions (instead of the original six), with a choice of three different lengths and three different heights, available in 3.1t and 3.5t when orders open and later in 3.8t. The four van versions offer a cargo volume of 8 to 15m3. The two ‘cab-floor’ versions come in either L2 or L3 and are ideal bases for, flatbed, dump or large volume conversions that can carry up to 20m3.

Note: final Australian line-up and specification to be decided and may vary from this launch information.

The full-electric version boasts the same cargo space as its ICE counterpart with one of the largest storage volumes in its category.

Ever since 1980, the Master has been made out of Renault’s Sovab factory in Batilly. It has nearly 2,700 employees and accounts for nearly 5,000 indirect jobs in the local economy. 84% of the factory’s suppliers are based in France. Made in Renault’s factories in Batilly (France) and in Curitiba (Brazil) since 2009, the Renault Master is market leader in France, Poland, Slovenia, Croatia, Brazil, and Morocco.

The electric motor and charging units for the All-New 52kWh Master Van E-TECH Electric are all made at Renault’s Cleon factory in Normandy (France). The battery is assembled at the Flins plant and the electrification of the vehicle is carried out at the Gretz-Armainvilliers site.

Final model line-up, pricing, specification and launch dates for both Kangoo E-Tech and Master E-Tech in Australia will be confirmed in due course.