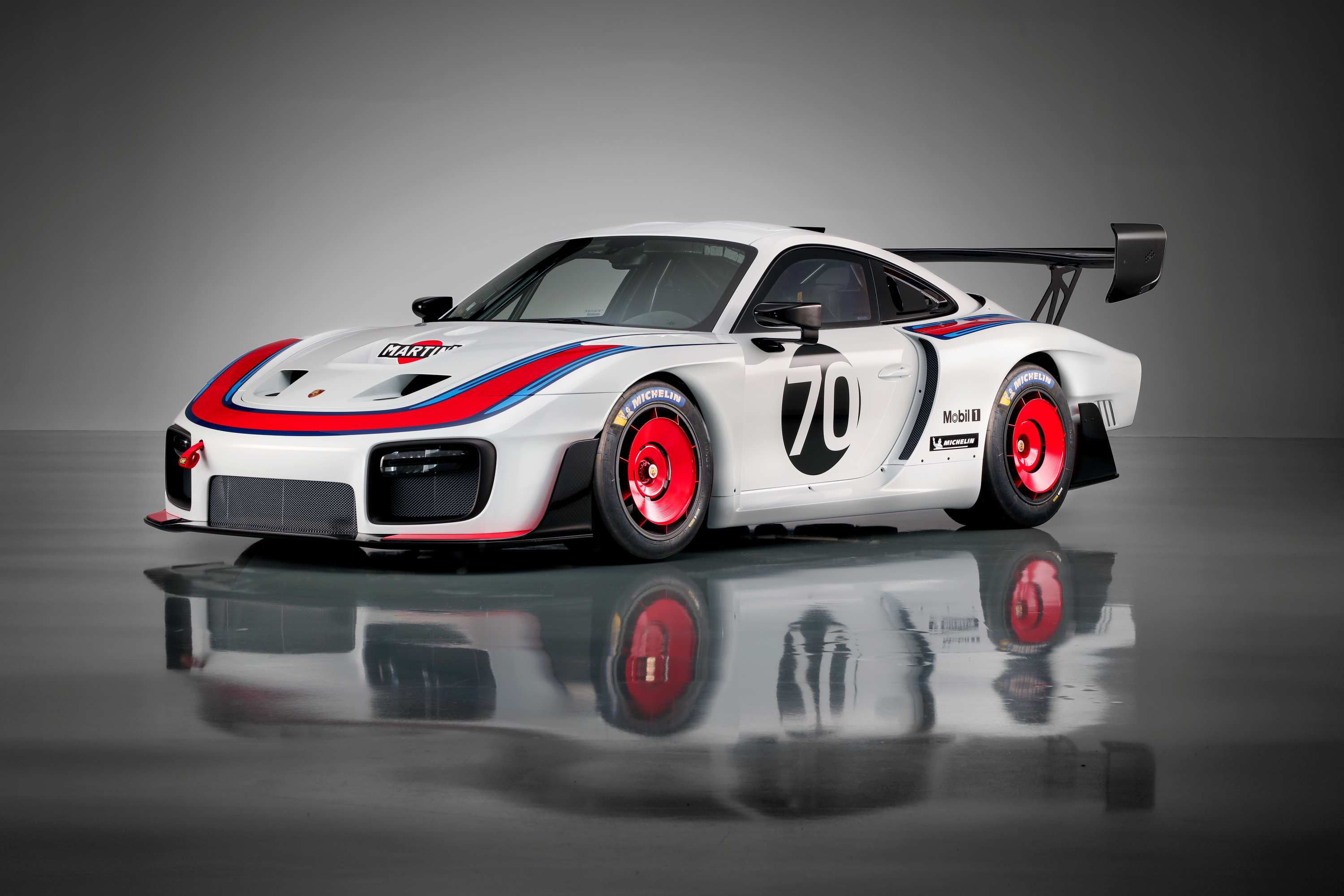 The Porsche 935 will have its first public outing in Australia as part of a display and on-track demonstration at the Formula 1® Rolex Australian Grand Prix 2020.

It will be one of several highlights for Porsche at this year’s Grand Prix season opener.

“Motorsport is in the DNA of Porsche so it is only natural that the Grand Prix is traditionally one of our biggest events of the year,” said Toni Andreevski, Director – Marketing & Motorsport, Porsche Cars Australia.

“Both on-track and off-track, we will have wealth of activities for a variety of motorsport and Porsche fans.” 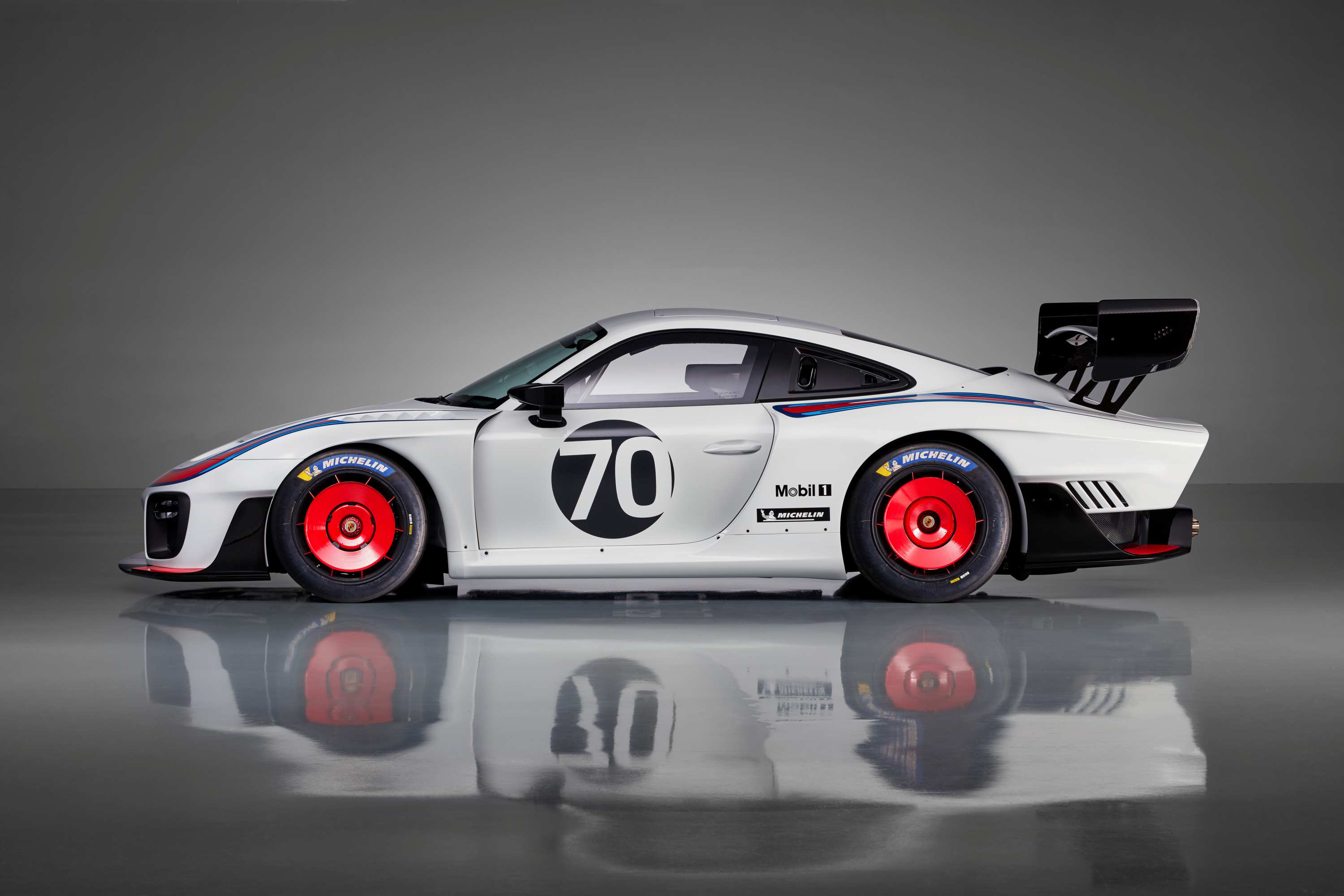 The 935 will highlight an amazing display of special Porsche sportscars at the Australian Grand Prix.

The 935 will sit alongside a 911 GT2 RS Clubsport, a 911 GT2 RS and an original 1978 935 in a display area adjacent to the Porsche PAYCE Carrera Cup Australia paddock area. All four cars will then be on-track for demonstration laps on Sunday morning.

The 935 was unveiled at Rennsport Reunion VI in California in 2018, with only 77 vehicles produced worldwide.

The race car’s technology is based on the 911 GT2 RS high-performance sports car. The spectacular aerodynamics are a completely new development and pay tribute to the Porsche 935/78 Le Mans race car, which fans dubbed ‘Moby Dick’ due to its elongated shape and massive fairings.

Many details of the exterior are a salute to winning vehicles from the company’s motor racing history: The aerodynamically capped rims echo those of the 935/78, with the LED rear lights on the rear wing endplates adopted from the 919 Hybrid LMP1 race car. The side mirrors hail from the current Le Mans-winning 911 RSR, with the exposed titanium tailpipes modelled on the Porsche 908 from 1968.

The new 935 is powered by a state-of-the-art 3.8-litre six-cylinder twin-turbo engine, which is largely identical to the high-performance standard unit mounted in the road-legal 911 GT2 RS. 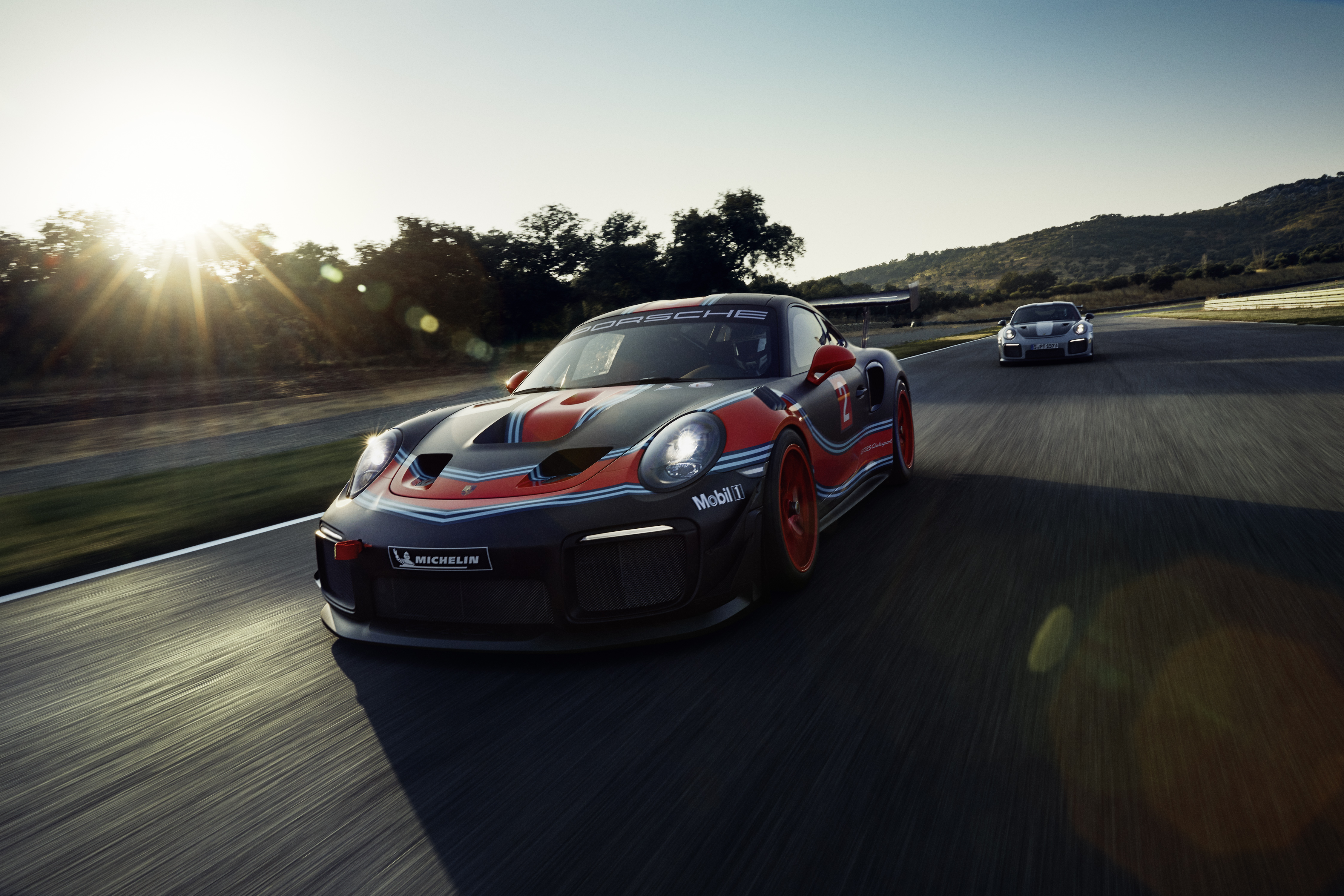 A Porsche 911 GT2 RS Clubsport, one of just 200 produced, will also appear on-track each day at the Albert Park Grand Prix Circuit, as one of the cars in this year’s Speed Comparison.

To be driven by Alex Davison, 2004 Carrera Cup Australia champion, former Porsche factory driver and current Porsche Track Experience instructor, the race car will run alongside a road car and Minardi F1 car in the handicapped one lap dashes, featuring each of the four days of the event.

It will be the second major appearance for the 911 GT2 RS Clubsport in Australia, following Mark Webber’s drive of the car at the 2019 Bathurst 12 Hour at Mount Panorama. 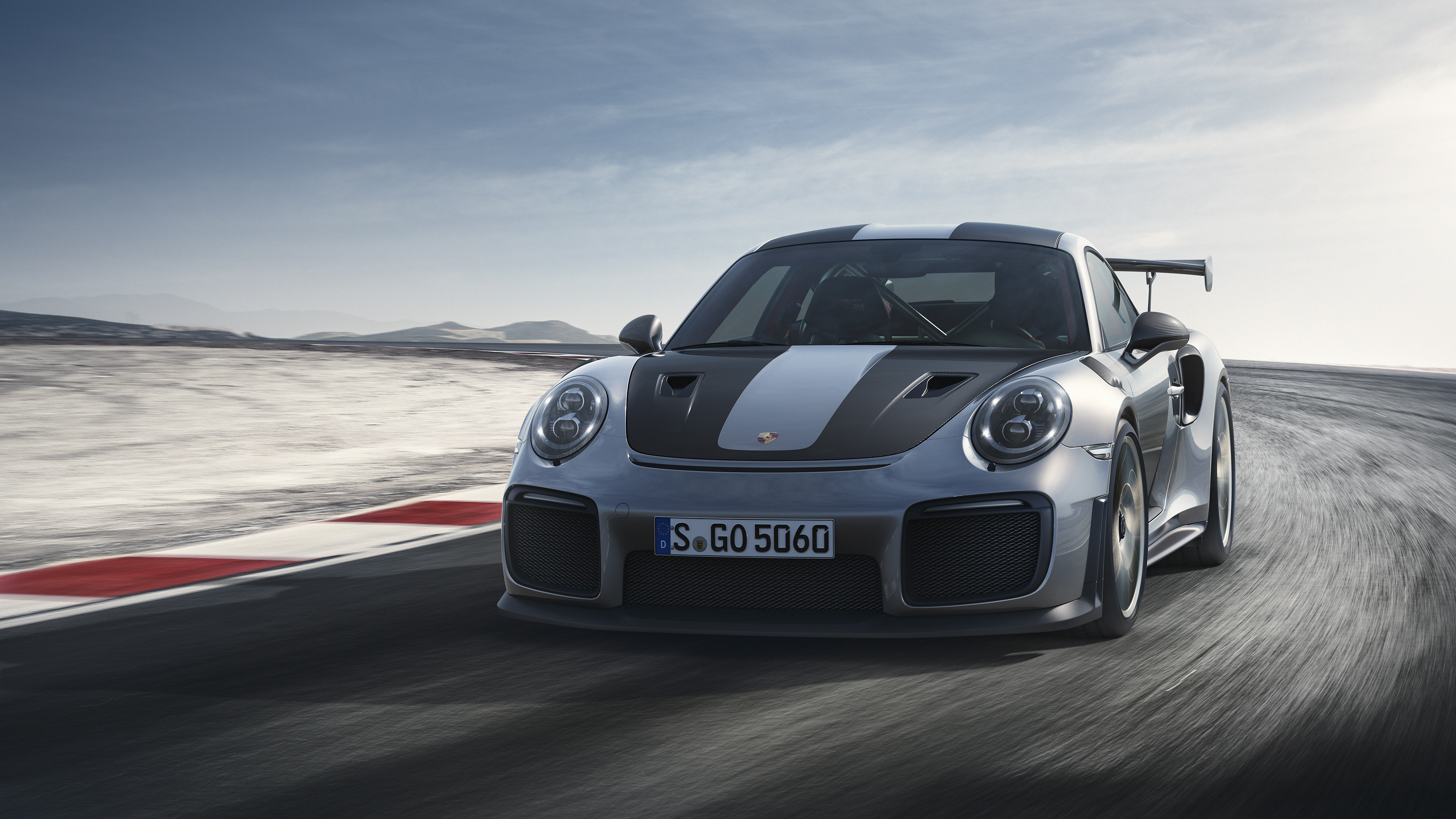 Round two of the 2020 Porsche PAYCE Carrera Cup Australia will take place at the Albert Park Grand Prix Circuit this weekend. The event will be highlighted by the Carrera Cup debut of Australian motor racing legend Craig Lowndes.

Lowndes, a multiple Supercars Champion and Bathurst winner, will race the #888 Porsche 911 GT3 Cup of Grove Racing. He also drove a Porsche at the recent Bathurst 12 Hour, driving a 911 GT3 Cup for Earl Bamber Motorsport.

Round one winner Cooper Murray will be keen to continue his strong start to the season after his dominant performance at the Adelaide Parklands street circuit, while the ultra-competitive battle in Pro-Am will continue. 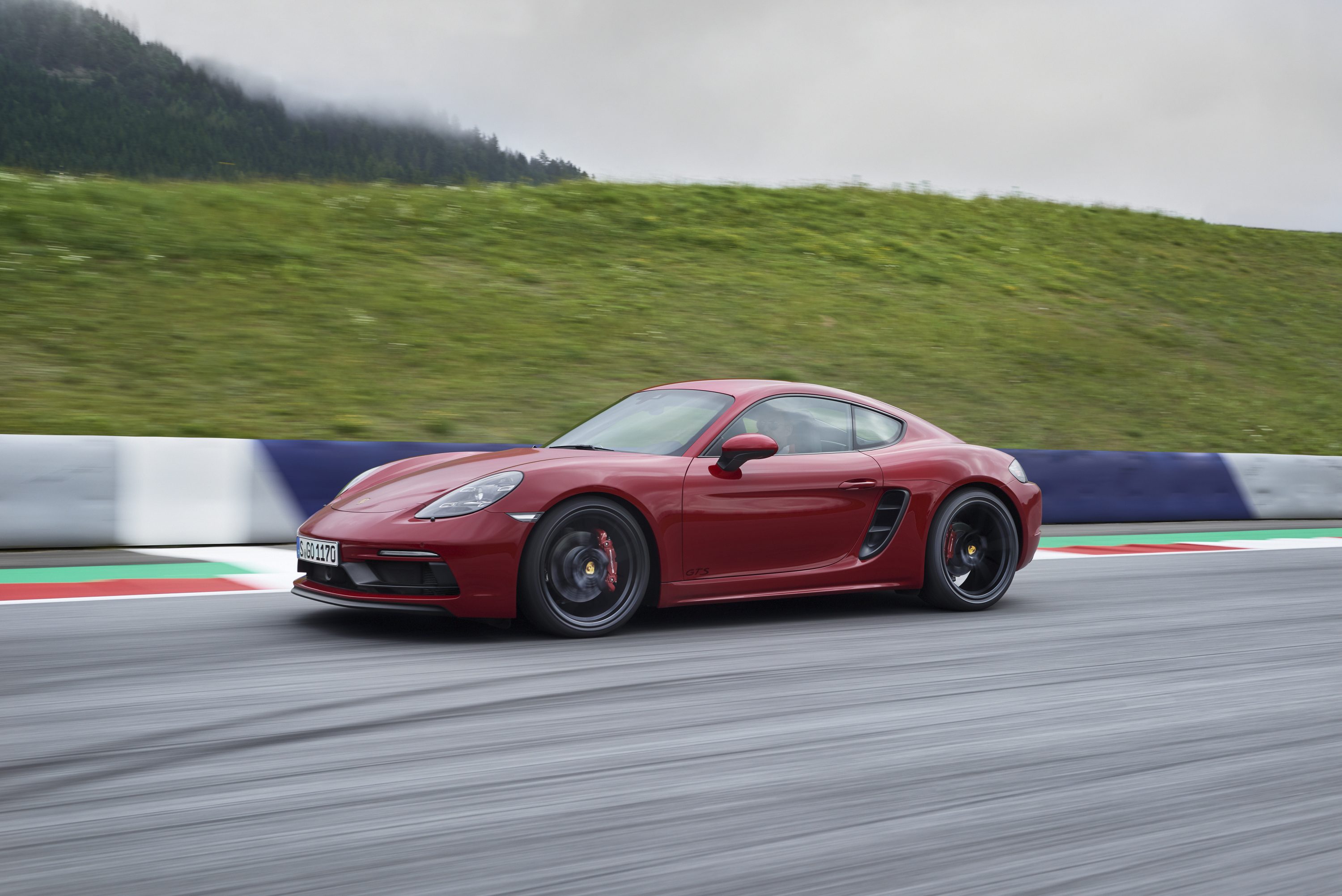 Off track, fans have plenty of opportunity to get up close and personal with Porsche. The interactive roadshow experience, Porsche In Motion, displays the highlights of the Porsche model range, providing expert advice and virtual reality fun to visitors. The display will be highlighted by the recently arrived 718 Cayman GT4 and 718 Spyder.

Youngsters can prove their talent at the Porsche Kids Track Experience, learning about road rules and taking Porsche pedal cars for a spin on a purpose build track all under the supervision of Porsche experts and the Michelin Man, ‘Bibendum’.

Porsche owners and guests will have one of the best views in the house at the Porsche Pavilion. Located at one of the most action packed spots on the circuit, overlooking Turns One and Two, it has been Porsche’s exclusive corporate hospitality facility for well over half a decade.

Inspired by the action on track, Porsche High Flier guests are able to hone their own skills at Philip Island Grand Prix Circuit. Guests will sharpen their skills under the guidance of Porsche Track Experience instructors in a selection of track ready Porsches, including the 911 GT3 RS, before being transferred to Albert Park by helicopter to watch the professionals race from the comfort of the Porsche Pavilion. Porsche High Flier runs six exclusive groups throughout the weekend.

Kicking off all the action for Porsche is the annual woman with drive luncheon on Thursday afternoon. A ladies only, invitation only event, Porsche women come together to celebrate and launch into a weekend of action packed motorsports. The speaker panel this year focusses on women in sport, featuring Olympic and World Champions Sally Pearson and Kelsey Barber as well as Olympian Morgan Mitchell.

The most powerful Porsche Cayenne is a plug-in hybrid

August 15, 2019 Rob Fraser ENVIROCAR Guide, Porsche Comments Off on The most powerful Porsche Cayenne is a plug-in hybrid

In 24 hours a pre-production Porsche Taycan covered a distance of exactly 3,425 kilometres right before the world premiere on September 4 as part of a test at the Nardò high-speed track in Italy. [Read More]