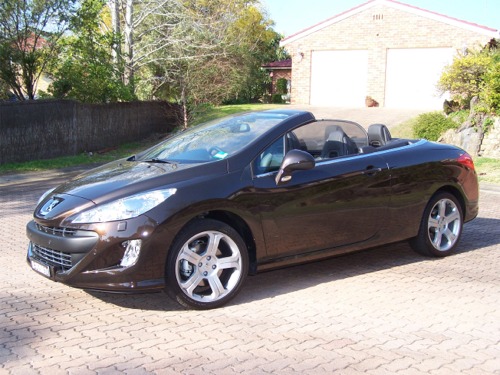 ne drive of the Peugeot 308CC 1.6L could frustrate you with its French idiosyncrasies, however take a second drive in the Peugeot 308CC and those little annoying features fade as the pleasure of top down motoring takes over. It has a luxurious presence that is hard to describe but it is there. The more I drove the more I liked it.

As part of our Going Topless for Summer series of articles  it seemed like the perfect time to try out Peugeot’s new 6 speed Tiptronic transmission in its beautiful 308CC S. The friendly people at Peugeot supplied a ‘Mocha’ coloured 1.6 turbo – 6-speed auto and off we headed to Wisemans ferry along the semi rural back roads of Sydney’s North West region. This provided the opportunity to not only test the wind in the hair but also the sporting aspirations of the 308CC as there are plenty of tight and uneven corners on the route we take. 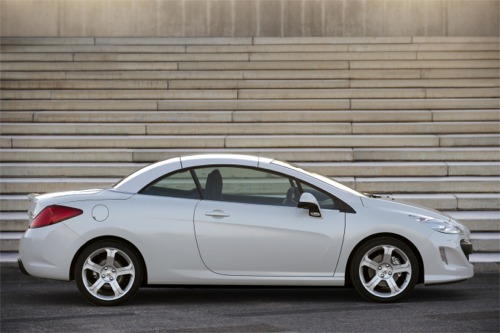 The Peugeot 308CC with the roof up is mildly attractive, with a bit of a Kardashian rear end. Some like it some don’t. However drop the roof and the 308CC transforms into one very attractive Coupé Cabriolet. It has the family nose treatment, long sleek low wasted sidelines and that beautiful full rear end that gently falls away at the end to soften the look 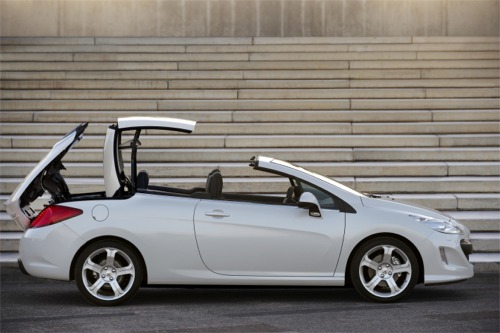 Taking centre stage on the 308 CC, the fully automatic retractable roof can transform in 20 seconds, turning the car into a dynamic coupé or an elegant cabriolet at the flick of a switch. This transformation can take place at speeds of up to 12 km/h. It is just so easy to use.

The inside of the 308CC is typically Peugeot and French. That is a combination of fantastic and poor. The heated leather electrically adjustable driver’s seat can be positioned so that my 190cm frame is comfortable. However the seat behind me is reduced to being useful for a couple of shopping bags only. The driver’s seat could do with more lumbar support. 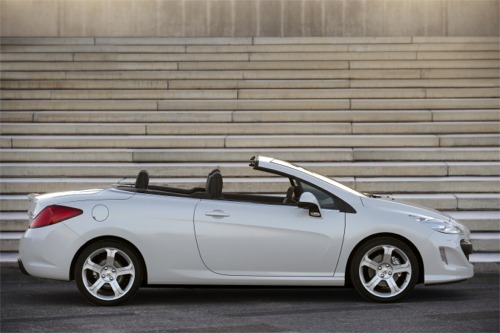 A really clever idea is The Airwave system built into the front seats that emits warm air around the neck and shoulders of the occupant, making open-top motoring an option even in the colder months. Added to this is the almost total absence of wind buffeting for the front passengers.

There are a number of clever storage areas for the little things like remotes, phones etc, but the centre console storage is small as is the glove box, which is useless really. It holds the stereo inputs only.

Another clever idea is the automatic air conditioning system that recognises the configuration of the moment and adapts its operation accordingly. This ensures that temperature, airflow and air distribution are matched to the specific conditions at the time (sunshine, external temperature, etc.).

The rear seats are relatively comfortable but alas will rarely see any use other than storing luggage etc. The boot is quite large for this type of vehicle, especially with the top up and rear seats folded. It’s surprisingly practical but the boot lid itself is heavy

Safety is a key feature and the 308CC has a 5star Euro NCAP rating.

Now I don’t know about you but with my noggin out there, hair blowing in the breeze (well I can dream) I kind of want to know that in the unlikely event of a rollover I am protected. Luckily Peugeot have thought about that too and have a couple of more clever ideas.

They include a world first side head airbag and a chest/pelvis side airbag, both built into the front seats, helping to effectively protect all vital parts of the body regardless of the seat’s position at the time of impact. In the event of rollover, the 308 CC is equipped with active extendable aluminium rollover protection bars entirely concealed in the rear head restraints.

I found the gearbox a breeze to use in manual form and left to its own devices it rarely seems to find itself in the wrong gear.

Suspension up front is independent with Macpherson type struts, helical springs and anti roll bar. The rear is a deformable U shaped cross member located by two arms and a hollow anti roll bar.

The 308CC is almost two different cars with the top up and down. Let’s be clear it is no sports car but has reasonably good handling by the class standards. With the top up it is stable and solid but with the top down it does suffer from scuttle shake and is easily upset mid corner. It is also a little harsh through the front end. Driven with a cruising style it is a pleasing drive though. 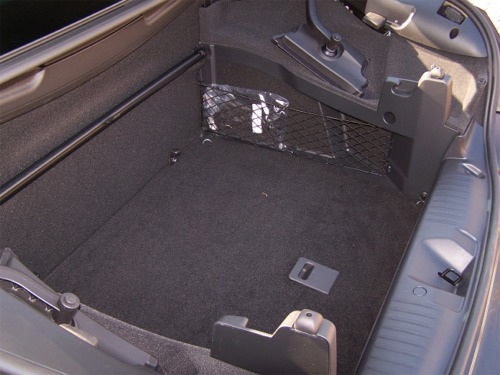 The 308CC is all about the look, hiding the substance underneath, and what a look it is. Again much like the Kardashians.

Peugeot buyers are a quirky lot (please no more abusive emails) and extremely loyal and they seem to love the 308CC. As a style icon for the Marque they have nailed it, with the design winning numerous awards around the world. With a MLP in the high $50k region the 308CC is at the upper end of the price spectrum for its segment but worth it. If you’re after a beautiful and stylish Coupé Cabriolet that is a cut above most have a good long look. You may be surprised. 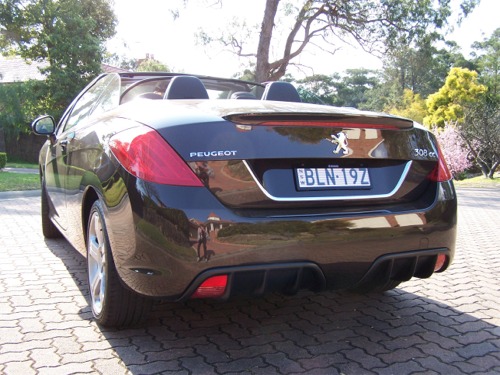