Motional, a developer of driverless technology, and the Hyundai Motor Group have unveil a joint effort, the IONIQ 5 robotaxi merging both electrification and autonomy. 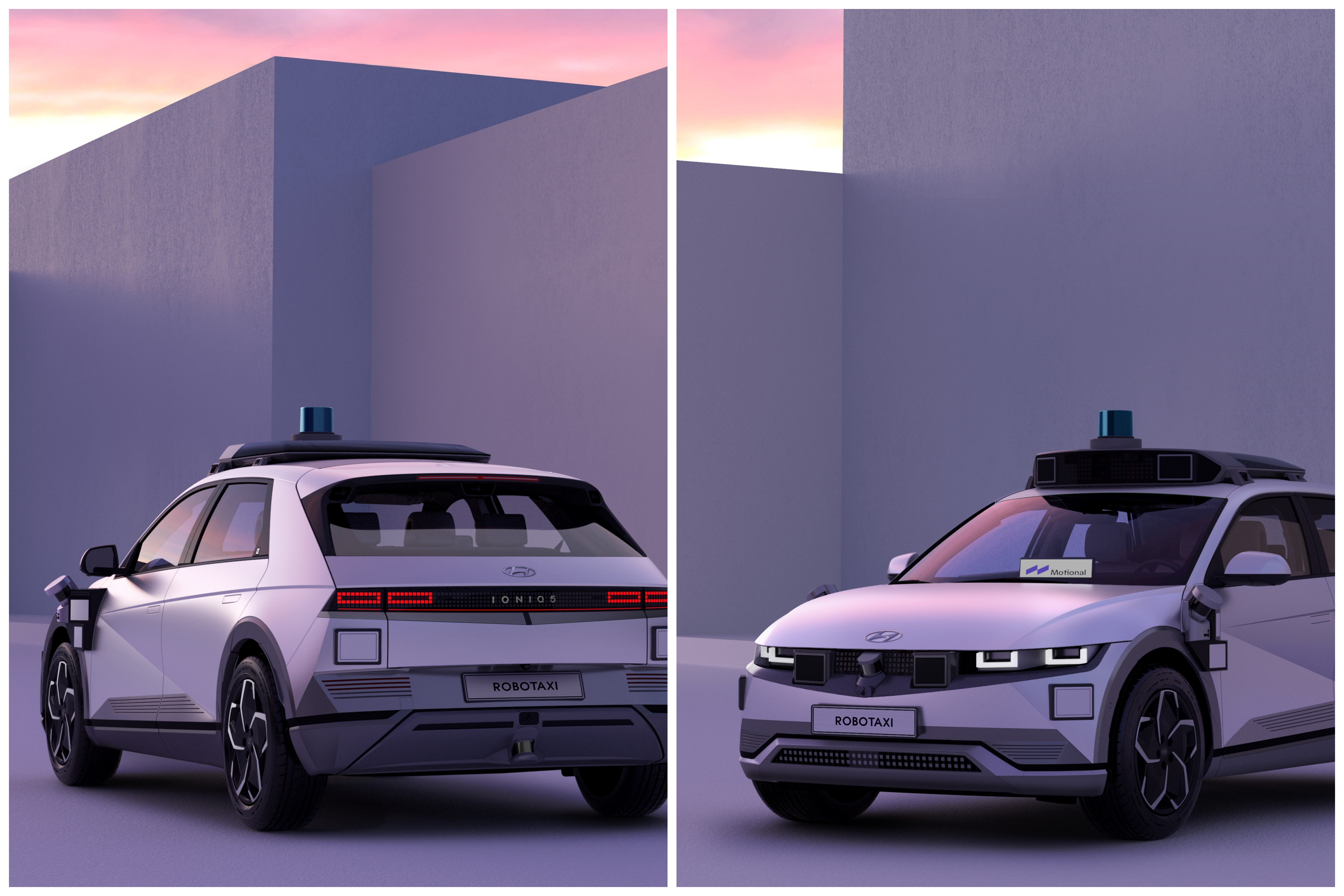 It also represents how these technologies will be seen in specific applications as a way to general public acceptance.

The vehicle operates at Level 4, the second highest level of autonomy. This means the car can perform all driving tasks, But only in predefined boundaries. These location-restricted trips are in areas that are deemed suitable and typically have a detailed graphical description of all the road conditions.

The IONIQ 5 robotaxi features a technology-driven design. The vehicle’s sensor suite is prominently displayed across the exterior, easily distinguishing the robotaxi from human-piloted vehicles.

The robotaxi has more than 30 sensors – a combination of cameras, radars, and lidar – that provide 360-degree perception, high-resolution images, and ultra-long range detection of objects.

The robotaxi will be outfitted with Motional’s driverless technology, which includes advanced machine learning systems that enables the vehicle to safely navigate challenging and complex driving situations.

The IONIQ 5 robotaxi is built on the Hyundai Motor Group’s E-GMP, for ultra-fast charging and long-range driving, enabling the maximum utilisation of Motional’s robotaxi fleet. The IONIQ 5 robotaxi also comes with the Group’s advanced safety and reliability, and is globally scalable, uniquely positioning the robotaxi for cost-effective commercialisation.

“Hyundai Motor has evolved its IONIQ 5, a battery-electric vehicle built on its EV-dedicated platform, into a platform for fully autonomous vehicles,” said Woongjun Jang, Head of the Autonomous Driving Center at Hyundai Motor Group. “For the IONIQ 5-based robotaxi, we have applied various redundancy systems, in addition to a suite of essential technologies to ensure safety and convenience of the passengers.”

Motional and Hyundai Motor Group debuted the IONIQ 5 robotaxis for the first time publicly at IAA Mobility in Munich, September 7-12.

About David Brown 503 Articles
David’s boyhood passion for motor cars did not immediately lead to a professional role in the motor industry. A qualified Civil Engineer he specialised in traffic engineering and transport planning. What followed were various positions including being seconded to a government think-tank for the planning of transport firstly in Sydney and then for the whole of NSW. After working with the NRMA and as a consultant he moved to being an independent writer and commentator on the broader areas of transport and the more specific areas of the cars we drive. His half hour motoring program “Overdrive” has been described as an “informed, humorous and irreverent look at motoring and transport from Australia and overseas”. It is heard on 22 stations across Australia. He does weekly interviews with several ABC radio stations and is also heard on commercial radio in Sydney. David has written for metropolitan and regional newspapers and has presented regular segments on metropolitan and regional television stations. David is also a contributor for AnyAuto
Website