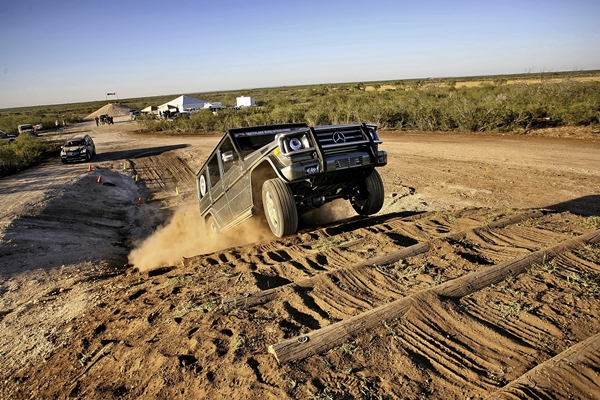 The Swabian won the tough final in the USA, claiming the title of Germany’s best off-road driver. His prize is the chance to participate in a Mercedes-Benz international press trial drive for four-wheel-drive vehicles. auto motor und sport will run a detailed piece on the winner in early December.

In May this year, more than 500 drivers signed up with auto motor und sport to take part in the Offroad Challenge 2010. A draw finally whittled down the hopeful candidates to 60. In July and September, groups of 20 completed difficult off-road tasks on three off-road courses in Brandenburg, Rheinland-Pfalz and Bavaria. The best three from each preliminary round won the opportunity to travel to the United Statesfor the final.

The challenging off-road course on the Continental test site in Uvalde, Texas, was home to various off-road tests which pushed all the participants to the physical limits. While Volker Betzel from Wermelskirchen was in front for much of the time, Plochingen-based Peter Beyerlein came through in the end to clinch the final. 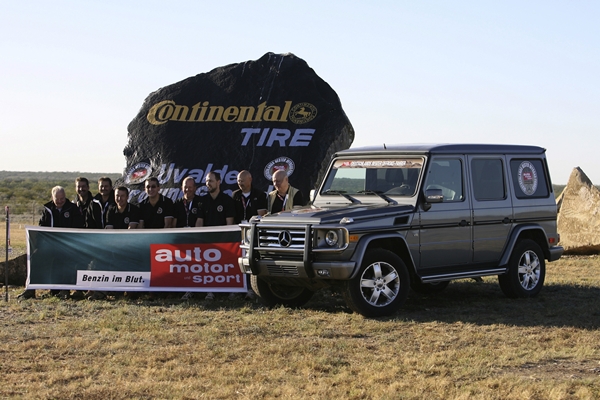 auto motor und sport will be running a feature with the most exciting highlights from the final in the USA in its December 2 edition later this year.

The winner of the Offroad Challenge 2010 can also look forward to another extraordinary driving experience: he will have the opportunity to take part in a Mercedes-Benz international press trial drive for four-wheel drive vehicles, observe up close the off-road experts of the premium car maker at work and get some top tips from them.

auto motor und sport has been covering the Offroad Challenge 2010; Mercedes-Benz supplied the off-road vehicles, while the tyres came courtesy of Continental. GLK, M-Class, GL-Class and G-Class vehicles were all put through their paces.

The final assessment exercise on the off-road course at the test site in Uvalde was completed in the G-Class. A firm fixture in the Mercedes-Benz model range since 1979, it has long since been regarded as the off-roader par excellence. The “G” has been constantly honed over its 30 years of production. The latest generation boasts state-of-the-art drive technology while retaining the typical virtues of the G-Class, such as extreme robustness and outstanding off-road capabilities.