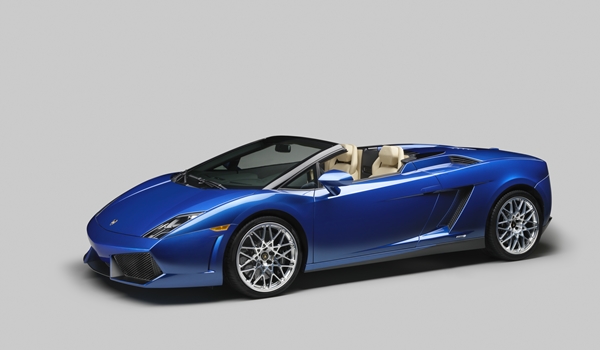 Making its Oceanic debut is the Lamborghini Gallardo LP550-2 Spyder, giving the Australian public their first official look at this all-new entry-level supercar, ahead of its on-sale date later this year.

The Gallardo LP550-2 Spyder is the only convertible rear-wheel-drive variant in the Italian supercar manufacturer’s line-up and has been inspired by Valentino Balboni, the automotive legend who was Lamborghini’s test driver for over 40 years.

Making its second official appearance in Australia will be the Lamborghini Aventador LP700-4, the pinnacle of Lamborghini’s range, which stole the show at the 2011 Australian International Motor Show.

“Lamborghini is always a crowd favourite at the Australian International Motor Show and we are excited they will be displaying their newest and most popular models in Sydney, as well as debuting an all-new stand design,” said Russ Tyrie, Show Director.

And what would a Lamborghini stand at a Motor Show be without a surprise in store.

“At this stage, we can confirm that a third vehicle will feature on the Lamborghini stand; whilst we cannot give exact details just yet, it will be a show-stopping concept never before seen in Australia.”

Setting Up Your Automotive E-Commerce Store: Following the Best Approach

Is your Australian based auto e-commerce store taking advantage of each opportunity to create the best shopping experience for the clients? Do you want to maximise your revenue? Well, if you want your business to be a success, [Read More]