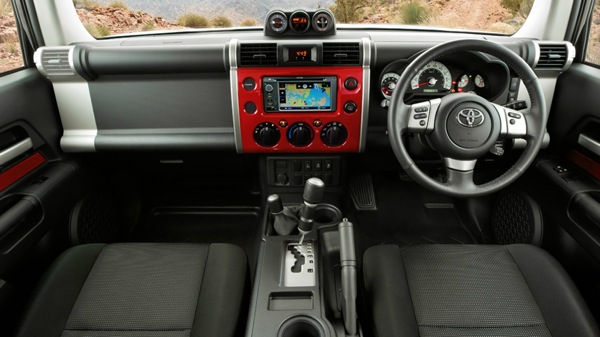 Telecommunications in cars has come a long way since the days of bulky car phones like those we’ve all seen in many movies. Modern vehicles are equipped with so many digital devices that they are more computers on wheels than simple cars. As such, modern car dashboards give you access to digital navigation technology, plugins for your music, video and even mobile internet devices and their own built in communication systems. These are just part of the beginnings of vehicle based communications technology.

Here is an overview of automotive communications; ranging from the most basic onboard control systems, down to the future of fully integrated automobile communications with passengers, drivers and the outside world.

Wireless and Wireless Multimedia
The next step up from the wired systems that operate from inside a car are a number of built-in or add-on wireless options that give drivers access to both communications and interactive entertainment features outside the scope of infotainment saved onto their vehicles data systems. Many more modern vehicles than ever now include wireless internet access, access to web based entertainment channels, GPS navigation features that are also connected to an external communications web and communications abilities built right into the vehicle; for both emergencies and general conversation. Additionally, there are many new internet connectivity features appearing within the latest vehicles, offering infotainment, music, video and web browsing inside the moving car. Vehicle web connectivity is currently integrated into only a little over one million vehicles worldwide as of 2010, but this feature is likely to expand to over 55 million cars by 2017.

Furthermore, these wireless applications can offer far more than simple in-vehicle entertainment and navigation assistance to passengers. Vehicles in the near future are expected to have a full suite of wireless telematics built into them for safety and road improvement reasons.

Slowly merging uses of telematics technology are going to integrate heavily with wireless internet networks and the smart systems in other cars as well as fixtures along city or highway roads to create an integrated and interconnected web of vehicle-to-vehicle and vehicle-to-road infrastructure communications solutions.  Many of these telematic systems will initially be run over wide area Wi Fi networks connected to the vehicle either through onboard computer systems or directly to properly enabled smart devices such as phones, laptops or tablets.
The bottom line of these technical innovations is that more and more vehicles traveling along modern roads will be able to constantly communicate with the road, nearby vehicles, traffic information databases and the vehicle driver himself; creating a massive telecommunications based safety net that will not only make avoiding accidents and traffic jams easier, but will also enable much quicker accident response times in the event of emergencies.
Companies like Ford, Fiat and BMW are already entering the market with solutions on how to enable all of these telematics information systems capable of communicating information to a driver with minimal distraction. One example of distraction limitation technology being Data Over Voice, unveiled by Ford through its Synch program.

About the Author: Steven Chalmers reports on teleconferencing services. In his free time, he develops apps for the iPhone.

Land Rover will be taking the covers off its newest and most luxurious model yet, the all-new Range Rover at the 2012 Australian International Motor Show – for just the second time in the world! Land Rover has ensured the all-new Range Rover sits at the pinnacle of SUV refinement, with a spacious and luxurious interior, enhanced all-terrain performance and a truly composed driving experience. [Read More]