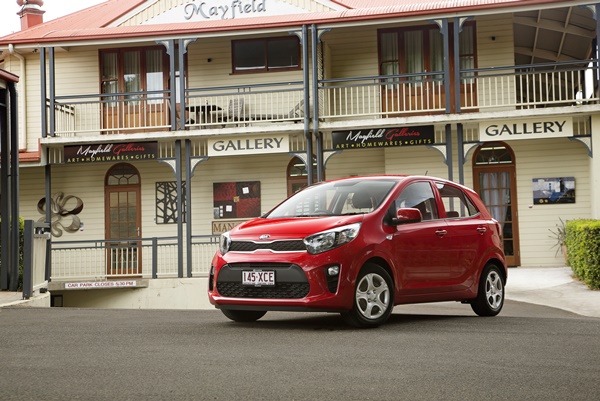 The micro car segment is a small and slightly reducing segment with really only 4 cars represented in it. Kia has relaunched the successful Picanto into this segment. While it is a small segment it does provide a necessary supply for first time buyers and city dwellers and those looking for downsized economical transport.

Worldwide, more than 1.4 million of the current-generation Picanto have been sold since it was launched in 2011. 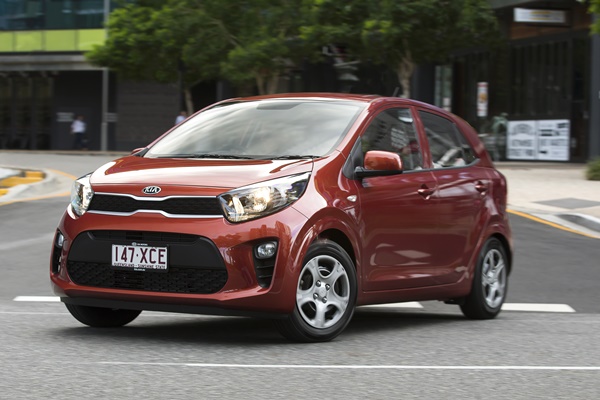 “The current Picanto was a toe in the water for us in a segment which was, to be honest, struggling,” Kia Motors Australia Chief Operating Officer Damien Meredith explained. “We believed there was life in the segment for the right car and the fact that what was an ageing model is now the most popular in the segment proved that to be true.

“The new model has improvements across a huge range of specifications and while we are not expecting massive growth in the segment, we believe there is still life and there is still a sound reason to be a part of it.”

It has to be said that Kia has produced an exceptionally stylish, feature packed, surprising vehicle. The key features that are part of the upgrade are a 7 inch touchscreen that houses the Apple i-Play and Android Auto, cruise control, dusk sensing headlamps, driver’s safety window and rear view camera and dynamic parking guidelines. In addition the new Picanto is definitely quieter with little wind and road noise, has a more spacious cabin with a slightly longer wheelbase and improved cargo capacity. The exterior of the Picanto is also complemented by new Halogen headlamps and Halogen daytime running lights. 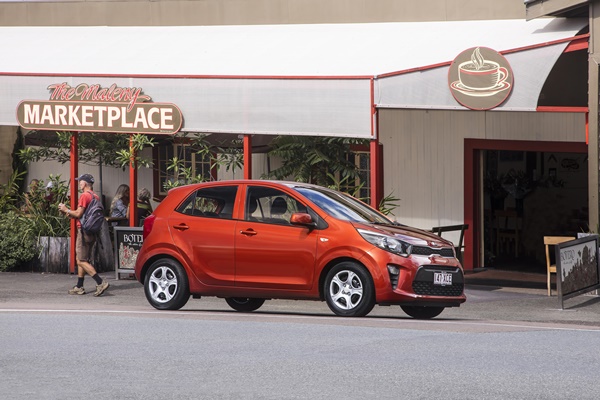 Kia has made a lot of its specific Australian Tuning of the suspension and after spending a couple of days in the Picanto over a variety of surfaces I have to say that the results are noticeable.

The Picanto is surprisingly adept at soaking up the bumps from the road. With the addition of the new torque vectoring system the handling is beyond others in the class. It certainly isn’t a sports car, nor should you test the limits but it can provide a measure of balanced driveability that is beyond mere transport. There is little of the pitching that is associated with smaller cars and certainly no signs of nervousness.

The Kia engineers have made a series of modifications to the suspension – independent by MacPherson strut at the front; torsion beam at the rear – to realise greater ride stability and quicker, more enjoyable handling responses. 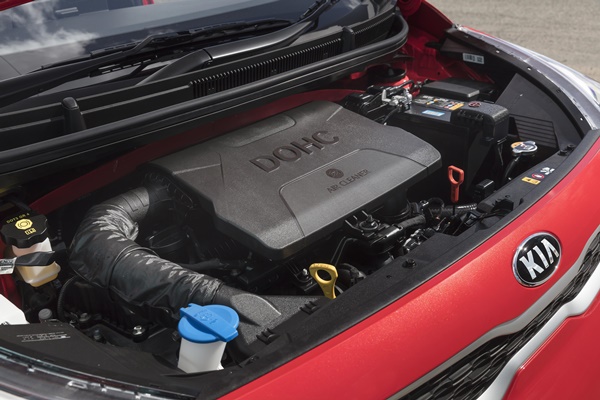 The 1.25 L 4 cylinder engine produces 62kW of power at 6000rpm and 122Nm of torque at 4000rpm. The engine drives through a pair of revised gearboxes, a four-speed automatic or five-speed manual. Both gear choices offer improved NVH performance and increased power delivery efficiency. 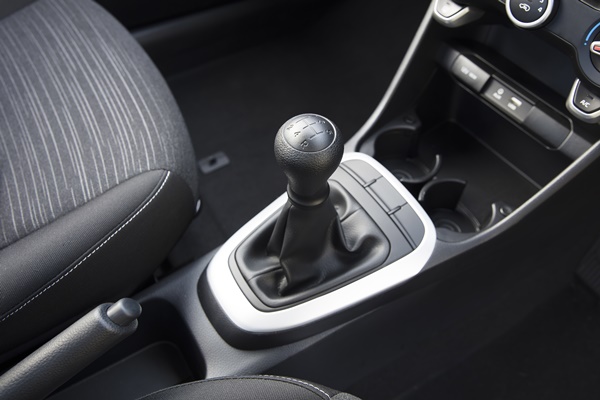 The 4 speed automatic makes the most of the available power and torque. It certainly isn’t any powerhouse, but with two people up and luggage it was responsive enough. You just need to drive it correctly. The manual is smooth, slick and easy to drive Fuel economy was outstanding with 5.9 l/100k over the two days.

Internally the Picanto is really about two people. I am 190cm tall and I could move the front seat back far enough to find a comfortable driving position. The front seats are very comfortable and the dash layout is stylish and beyond what you would expect. 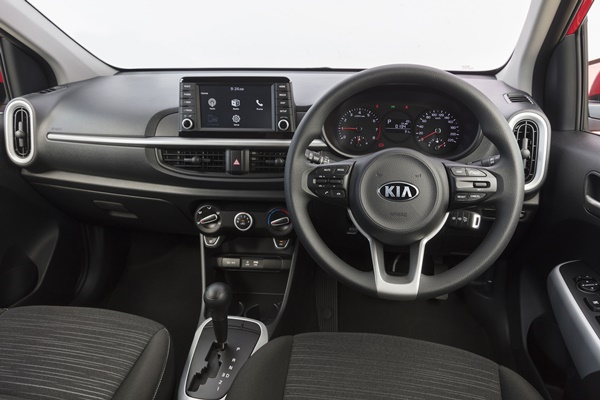 The steering wheel is comfortable in the hands. The redesigned dash base has been moved upwards by 15mm for greater knee and leg space for front passengers. There was enough head room but very restricted shoulder room. Normal size drivers in the target market won’t have any issues. The lack of a centre arm rest is a negative though.

At the base of the centre console is an open double-shelf tray to store mobile devices and other small items, with retractable twin cupholders which can fold away to yield more storage space. 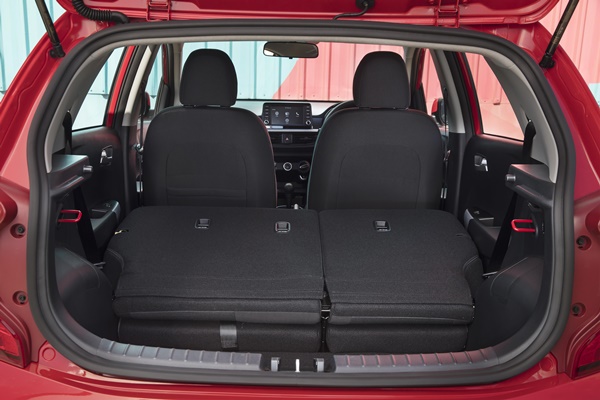 The boot grows from 200 litres (VDA) to a maximum 255 litres – the most of any car in the class. The 60:40 split-folding rear seats can be folded down completely flat with a one-touch lever, for maximum ease of use. This also boosts cargo capacity to 1010 litres.

The new Picanto is the sturdiest A-segment car Kia has ever made, featuring double the proportion of Advanced High Strength Steel (AHSS) compared to the outgoing model and a selection of active safety technologies.

The stronger, lighter body is supported by six standard airbags (front, front side and curtain airbags), as well as a range of active safety features. These include standard Vehicle Stability Management (VSM) with Electronic Stability Control (ESC) to ensure stability under braking and cornering, detecting a loss in traction and using ESC to help the driver keep the car on course.

The all-new Picanto will offers buyers greater potential for personal choice than ever before, with a choice of eight vibrant paint finishes designed to make the car stand out. Among the five new colours available to buyers are ‘Lime Green’, ‘Signal Red’, ‘Aurora Black’ ‘Pop Orange’ and ‘Sparkling Silver’ pearlescent metallic paint finishes. The Picanto is fitted with 14-inch steel wheels. 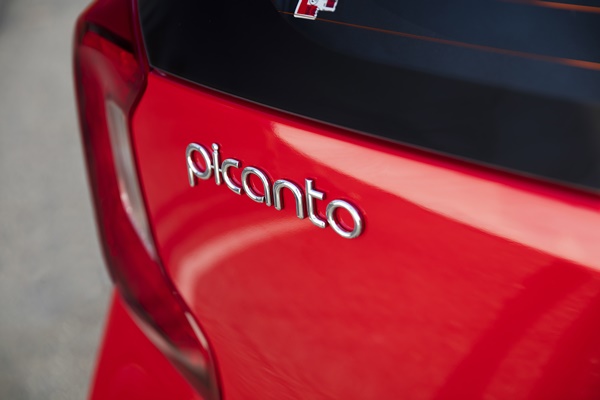 Maintaining the value for money and high quality that has made the current-generation Picanto so popular, the all-new Picanto will benefit from Kia’s industry-leading 7-year Warranty, 7-year Capped Price Service and 7-year Roadside Assist. The manual version will make up maybe 10% of sales and is a ‘do a deal’ with the dealer but the 4 speed AT is priced at the very reasonable $15,690 drive away.

If you’re looking for a stylish everyday car, make sure you stop by Honda and take the Civic VTi for a spin! I would like to mention that the Civic range has 5 spec ranges and the VTi is the bottom of the range, but it offers the basics with a bit of luxury and technology and comes in just over $25,000 the Honda Civic VTI is for you! [Read More]