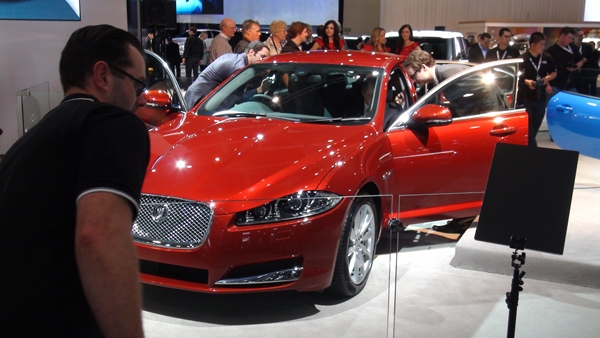 The new 2.2 Diesel XF Luxury will see the Jaguar range starting from $78,900+ORC providing an opportunity for Jaguar to take a strong foothold in the competitive segment with high levels of luxury, refinement, performance and equipment expected of a premium European product.

“To coincide with the launch of the 12MY range Jaguar Australia has taken the opportunity to redesign the specification and pricing to ensure spec and feature impress consumers as much as the redesigns seen on the product and of course, to catch the attention of customers who may now consider Jaguar as purchase proposition for the first time.” Said Kevin Goult, Jaguar Australia’s Brand Manager.

Goult Continues “Jaguar XF has always been a good looking vehicle, but now, we’re stunning… The new look should and will entice customers away from our competitors and why wouldn’t it with a starting price of $78,900 and impressive fuel consumption figures”

The 2.2 Diesel model delivers an impressive fuel consumption of 5.4l/100km and promises to be the most efficient Jaguar yet to be produced, to prove it, recently Jaguar drove one of the new 2.2 diesels from the factory in which it was created at Castle Bromwich Birmingham to Munich delivering a staggering 1,313km – on a single tank of diesel.

Set to be available early October, the new XF 2.2 forms part of the new 2012 model range. Benefitting from a fresh new look, upgraded interiors and equipment as well as improvements in efficiency and refinement, the latest generation XF looks set to build on the achievements of the model it replaces. The 2012 Jaguar XF range now starts from $78,900+ORC.