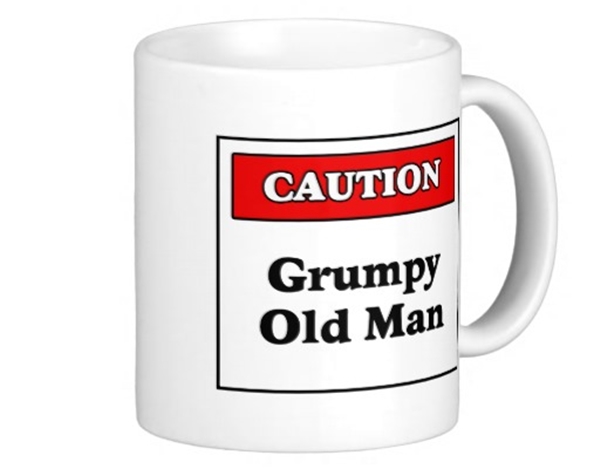 I hate modern cars and all their ‘safety’ features. My daughter who also test cars with me calls me a cranky old bastard! It seems that manufacturers or the safety police have little or no faith in the average punters ability to use common sense. However it is true that common sense isn’t very common.

Is it just me or do others get frustrated with the artificial intelligence that vehicles have nowadays? They think they know what’s best for you. Maybe it’s because I drive so many different cars and if I drove only one I would get used to it. Some say it’s because I am so slow and they may well have a point!

But as a driver who is often in three different cars every week I wish there was a common set of features that all manufacturers had instead we are left to the whims of each manufacturer to programme their car with artificial intelligence to override common sense as they see fit.

This isn’t a criticism of manufacturers, they are building better cars and safer cars for the buyers than ever has been built before and doing what they genuinely believe is in the buyers best interests.

This is simply a rant and vent against the nanny state we live in. Cars these days are sooooo smug. They sit there calmly and won’t go saying ” I’m not going to start until you do ???? oh and by the way I’m not going to tell you what you need to do, you will just have to figure it out”

I guess it wouldn’t be so bad as I mentioned if all the cars had the same annoying artificial intelligence but they are all different! (And all smarter than me)

Let’s have a look at just a few of the frustrations of the modern car:
• Thick ‘A’ pillars that house airbags for safety yet are built on such an angle and are so thick as to totally obscure a vehicle at corners or roundabouts
• Vehicles that when you turn off the car in neutral insist you put it into park and stay in accessory mode till you do or worse even still won’t allow you to move the transmission selector to park after the vehicle is turned off.
• Cars that constantly beep that a seat belt isn’t used when you put your shopping on the front passenger seat or in the case of my daughter, her handbag.
• Some cars require your foot on the brake before starting, some don’t
• Cars with boot release buttons that won’t work unless the engine is turned off
• Trying to find the door unlock button that is in a different place in almost every car when it’s raining and your kids are yelling at you through the window at school pickup
• Cars with lane departure safety that brake the car if you wander over the side line
• Adaptive cruise control that can’t be turned off
• Traction control that no matter how many times you turn the bastard off turns back on at the most inconvenient times in sand driving,
• Not allowing the passenger to operate the centre console GPS while the vehicle is moving
• Oh and while I am at it, useless paddle transmission shift levers on normal cars, GPS navigation that refuses to recalculate and trying to find the fuel filler cap release when you are at the bowser with cars waiting.. well that is really me being slow.

All this brings me to the latest frustration. On a vehicle we are currently testing the brake light fuse was blown, why on a brand new car it would blow is another question, but as a ‘safety’ feature if the fuse is blown the transmission won’t go out of park. How in the hell are you expected to get to the shop to buy a new fuse if the damn car won’t go!!!!

They may as well design a car where the driver is superfluous.. wait they have done that already.

Well the question for our readers is: am I a lonely shag on a rock or part of a flock of Galahs? Let me know your thoughts. That’s it from me, I feel better now and must go and test the latest car….damn what’s that infernal beeping sound? Oops forgot my seat belt!

As a note to those special few readers that in the past have had some interesting suggestions as to where I can place my thoughts, I have checked and it is anatomically impossible, but full marks for your imagination!!!

About Rob Fraser 1528 Articles
Rob Fraser – General dogsbody & Director Rob is the founder of the business. He constantly mutters something about way too many red wines one evening being to blame. Often known for taking the 4WD in the driveway over the sports car, he has travelled pretty much everywhere in Australia and when he is bored goes for a drive. He first learned to drive on the farm in a left hand drive WW11 Jeep when he was 11, and was hooked on 4WDriving way back then. In addition to 4WD he is an avid motoring enthusiast and has maintained a strong interest in the industry ever since his teens. He has owned way too many cars in his time as well. Having previously lived at the top of corporate life he retired in 2000 and hasn’t put a suit and tie on since. Cars are his passion so why not have a business doing what you love he figures. He has towed either a caravan or camper trailer to most parts of Australia, has run guided tours for camper trailers’ and instructed drivers in off road towing.
Website

The Toyota RAV4 is equipped with dual frontal, side chest and side head (curtain) airbags, and a driver knee airbag as standard. Seat belt reminders are also present for all seats. All variants of the fourth-generation RAV4 have been awarded the maximum 5 star ANCAP safety rating. [Read More]

The first BMW M6 GT3 has touched down in Australia, with BMW Team SRM having now officially taken delivery of the brand new twin-turbo V8-powered racing car. The new-generation GT3 car is the first of its kind to land in Australia [Read More]

As I mentioned before the all new Audi A4 has set the new benchmark by which its competitors will now be judged. You can get into this vehicle for around $60,000 give or take and at that price represents outstanding value. The A4 is quiet, smooth and fun to drive with excellent fuel economy. [Read More]