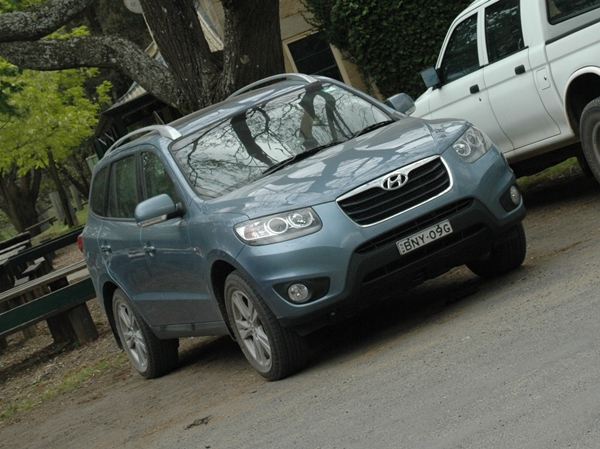 Welcome to the next instalment on what Benny has been up to.

For the long weekend we mapped out a fun filled day of off roading to celebrate my cousin’s birthday and his purchase of a 4WD. After meeting up at his place and squeezing five children and four adults into two cars we headed off on our adventure (after the obligatory coffee stop). 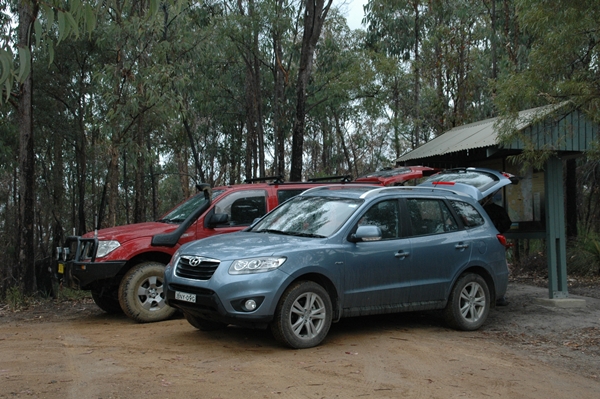 For the first part of the journey my mate was in the third row in Benny as his youngest is still in a child seat and with two child seats in the second row things were going to be a bit squashy, it would be interesting to see how long he would last. 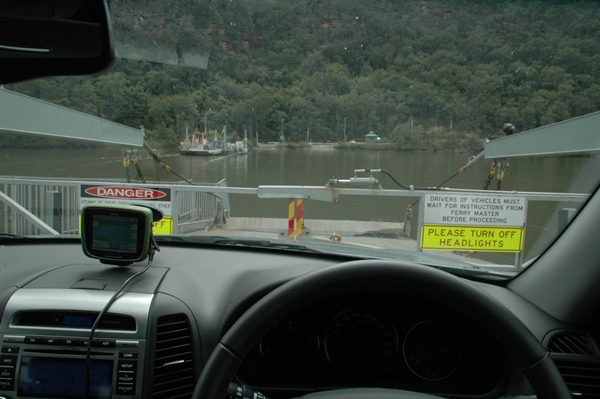 Off we went heading north of Sydney and over the river at Wisemans Ferry, much to the delight of the youngest children and on to St Albans for a quick stop to let the kids out to burn off some energy. From St Albans we continued north paralleling The Old Great North Road witch in its self is a great way to spend some time walking the track and looking at the backbreaking labour that the convicts put in, many in chains to construct this link to the Hunter Valley which fell into disuse before it was even completed.

We pressed on as the drizzle settled in until we came to the turnoff for the fire trail that was to take us into Devils Rock lookout only to find out that there is now a locked gate there. Luckily there were sign posts stating where the other entrance was now located so we pressed on only to discover that National Parks had failed to erect them. After some hasty consultation with the maps we figured out where the road was supposed to be and made our way into the national park in the reverse direction to what we had originally intended. Our first stop would now be the Finchley Trig point. After a pleasant climb up the mountain (this was along a maintained fire trail) we arrived at the Trig point along with a huge downpour.

This is where lift up tailgates come into their own, providing some minimal shelter from the rain while we prepared lunch, just remember to stand out of the way when you shut them. Luckily the rain let up so the kids were able to run around again and we were able to walk up to the Trig point. The view from up there was worth it, you could see for ages in every direction, it was just a shame that it was overcast.

As we were loading the kids in the car my mate said that he had had enough of the third row as the seat was not supportive enough and announced he was going to ride with my cousin, I’m surprised he lasted as long as he did as most third row seats are only good for short journeys. 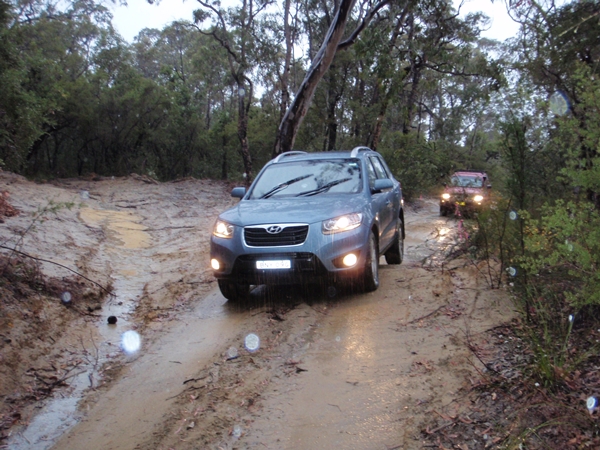 Just as we got everyone settled the skies opened up again so we didn’t continue on to the Aboriginal site or the lookout but pressed on to the next stage of our trip. At this point I started to have some misgivings about whether we would be able to get into the track we wanted and as we continued north they were fully justified, another locked gate and a sign telling us to contact Parks and Wildlife for further information.

Blow that for a joke. Again the map came out and we decided on another course of action, back the way we had come and into another part of the National Park that I have been through recently and knew were open. As we were heading back to St Albans I remembered an offshoot that I had seen heading into the bush and decided to take this and see where it went, sometimes this is the best way to explore as you never know where you might end up.

For once I wasn’t worried about getting stuck as we were two up and my cousins rig has a winch if worst came to worst, but all this proved unnecessary as we had stumbled along the northern section of The Old Great North Road and while challenging for a soft roader especially since the sky had opened up again it was not impassable.

We wound through the scrub, Benny avoiding the worst of the ruts and puddles and my cousin charging through them much to the delight of the two kids onboard until we came to the end of the track. Here is a story board advising that the track has been closed to preserve the historic significance of the Convict Road along with a short story about its construction. Just past the sign are the remains of one of the many bridges that were carved out of the landscape with the crudest of implements, just thinking about how hard it would have been makes your knees go week. 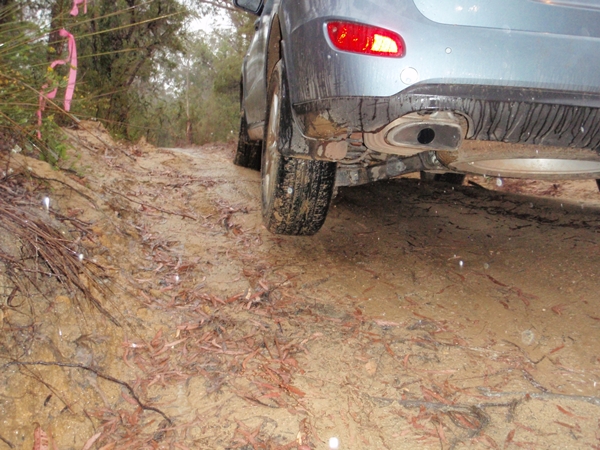 As the water was still falling we decided to head for home but not until we had tested my cousin (4WD virgin) and his rig on another side track to see what they were made of, they both passed with flying colours.

All in all the day wasn’t a total waste, we had some fun and went some places that I haven’t been in years. I remember driving The Old Great North Road before it was closed with my old man and his club when I wasn’t much older than the oldest child in out group, it brings back many memories. You would be amazed what you can do in a 4WD L300 if you have the guts to put it there.

Till next time safe motoring.
NOTE: If you haven’t been down a track in a few years that passes through private property or National Parks it pays to make some phone calls before you set off.