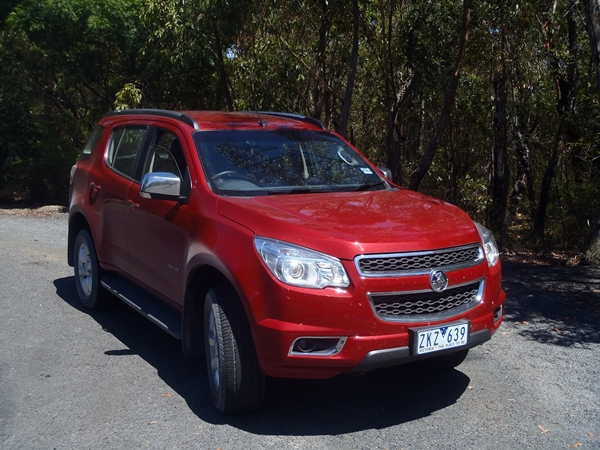 Now to me the best way to test out a family wagon is to pack the family up, dog as well and go on a holiday. As you can see the Colorado will take a fair bit of stuff in the back even with the dog taking up most of the room though the way the third row folds leaves a unusual space at the rear of the cargo area. 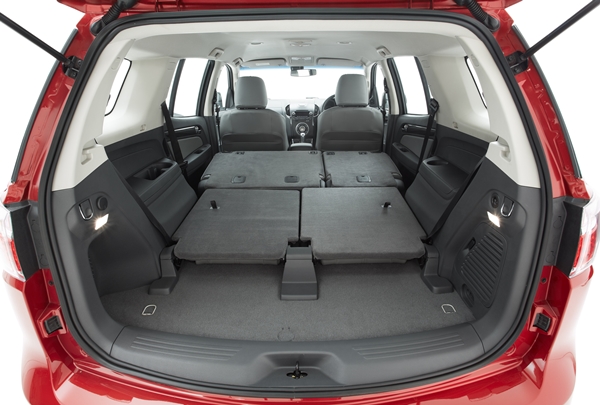 There was also adequate room in the second row for another adult even with two child restraints fitted (the Colorado comes with ISO Fix mounts in readiness for the approval of this style of child restraint in mid 2013). As with its ute stable mate the front seating is comfortable though it could do with some lumbar support adjustment.

Fully loaded up with the tribe there was plenty of power from the 2.8L Duramax (132kW and 470Nm) to haul us up the coast for Christmas and we returned reasonable fuel economy averaging 10.7L/100km for that stint. Not bad as the 4WD had less than 200km on the clock when I got it. Once cruise was set the 7 hummed along in top gear only needing to kick down for some of the longer climbs though there was a bit of hunting for the longest climbs till the gearbox found the right gear.

Another advantage of the custom tuned transmission package is the computer will lock up the torque converter and down-shift to help curb over-speed on those runs down the other side of the hill where you usually pick up speed and sometimes a ticket. The only bummer was a lack of time to hit up the beach for some dune fun and fishing.

Back to the daily grind and I was happy commuting to and from work and various other things. The 7 has fairly soft suspension which is awesome for off roading and great for the goat tracks that the RTA call roads in my area but some will find it to soft for high speed cornering.

To me this isn’t an issue because you don’t buy a 4WD to drive like a sports car same as you don’t buy a sports car to 4WD. Needless to say you can push the 7 fairly hard if you want to. Fuel consumption climbed marginally to the low 11’s but I’m sure with some more time I could have got it back down to high 10’s. 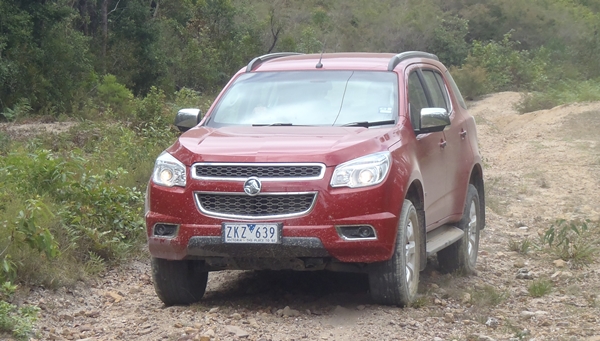 The next stage was a weekend down the coast for some fun in the bush. This time I was lightly loaded as the rest of the family had already left before I got home. This gave me the chance to get the fuel consumption as low as 10.2L/100km.

Once we had left the tar behind we headed into the forests to find some lookouts and waterfalls that I had been looking at on the map for the last few trips down there. The Colorado took the fire trails in its stride only having to slow down for the more serious drains and washaways.

After visiting a dry waterfall (it is summer after all) and a spectacular lookout my wife pointed out some more points of interest on the National Parks information board so out came the paper to write down the names of the tracks with turn by turn directions and off we went. The first few tracks were a blast with plenty of climbs and descents with the odd washaway thrown in for good measure then we came to a left turn that went straight up the side of a mountain. 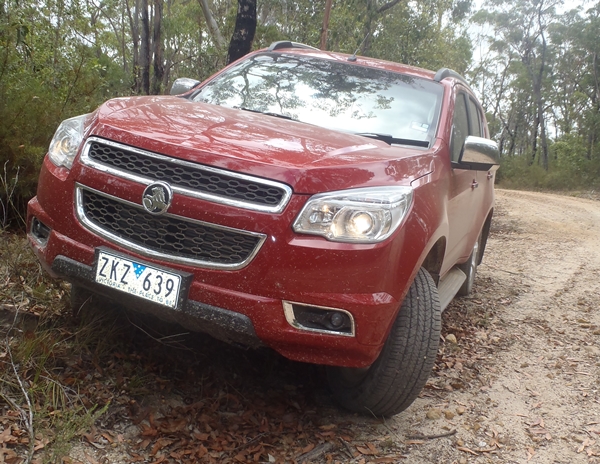 On the press day we did some pretty fun tracks but nothing like this one. The gradient was similar to them but there where drainage channels thrown in for good measure that made it just a bit more challenging. Into low and up we go was my thought and seeing as the first channel was only twenty or so meters up it would be easy to back down again if it was too much.

That’s when I got carried away and went hell for leather up and over the first and every consecutive ditch with a bit of scraping, clunking from the traction control, plenty of flex for a standard 4WD and the occasional prayer that we wouldn’t nose dive over the crest of some of the bigger channels and then we were at the top, no sweat. It would have been a hell of allot easier with some decent rubber as the standard tyres don’t even pretend to be slightly dirt friendly. 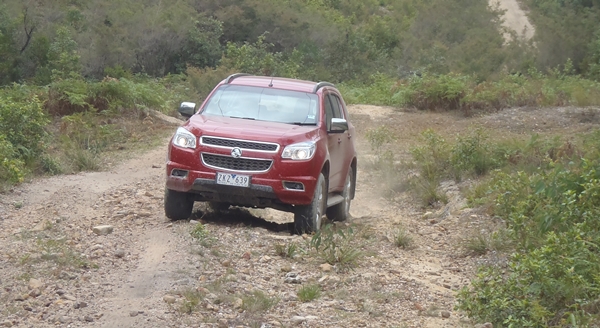 When we got to our final destination we had a sense of déjà, it was where I had pulled the radiator out of my truck to effect some track side repairs after putting a fan blade through it. This trip was a whole lot better than that one. Fuel consumption climbed again (back up to the high 11’s and low 12’s) but that is to be expected with hard off road work.

The only down side about being one of the first to get a press vehicle is that sometimes they don’t have time to fit any accessories and this was the case with the Colorado. No towbar meant no towing but it has a 3 tonne capacity which is plenty.

Styling of the Colorado 7 is similar to its ute stable mate both inside and out, in fact it’s the same to half way down the rear doors. This goes for inside and out. The rear is a whole other story, roof mounted A/C with the control in the second row and rear continuous 12v power outlet to name a few. Outside both spec levels come standard with reverse camera and sensors. Standard also is ABS, EBD, VSC and Hill Start Assist. 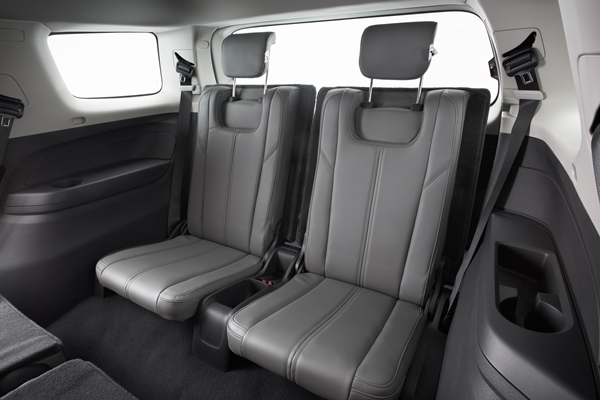 Over all we were impressed with the 7 as a competent family 4WD. Reasonable load space, plenty of power, loads of accessories both genuine and aftermarket, reasonably priced and most importantly my wife was happy to drive it on and off road. Good thing it comes in blue. 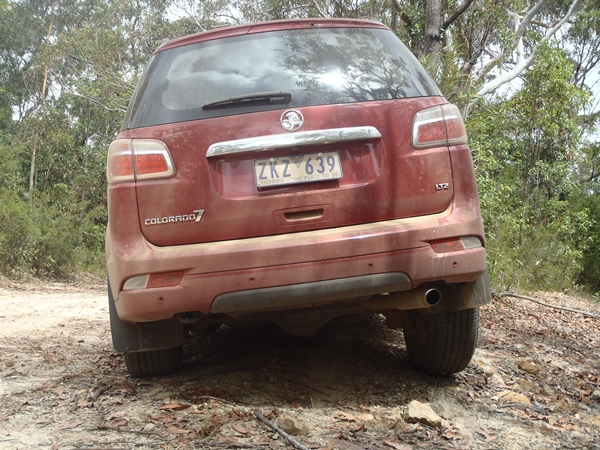 What is not so good:
• Rear seats not flat on floor
• Reduced towing ability
• No lumbar support for driver