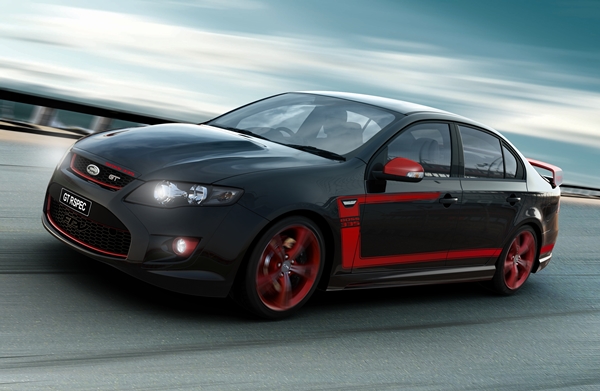 Touted as the most hard-core and advanced GT ever at its launch, the GT RSPEC Limited Edition Series, code-named Panther, will be a certain show-stopper with the Australian public when it makes an appearance at the Sydney Convention and Exhibition Centre in October.

Its distinctive looks, inspired by the legendary 1969 and modern-day Boss Mustang, are sure to impress with the GT RSPEC sporting a C-stripe decal and unique accent package.

“We are confident it will do so again this year in Sydney, with the GT RSPEC already receiving rave reviews and impressing industry experts.

“In fact as we understand it, the feedback received from fans and show-goers on the GT Black Concept was all considered in the development and in the planning of the GT RSPEC.”

FPV’s newest model was inspired by a desire to maximise the amazing performance of its legendary 335kW 5.0Lt supercharged V8 engine by enhancing the chassis’ capabilities, to create the ultimate driving package for enthusiasts.

The addition of Launch Control on both the manual and automatic transmissions provides drivers with a more consistent performance when accelerating from rest, reducing the amount of wheel slip by tailoring torque delivery to ensure launch performance is optimised.

With a production run of just 350 units, motoring enthusiasts should definitely make tracks to Sydney to see for themselves this street-legal and track-ready vehicle, built for Australians by Australians.

How to Use Apple Car Play

August 16, 2017 Alan Zurvas and David Brown AnyAutoTV, News, Reviews, Technology Comments Off on How to Use Apple Car Play

Many automotive manufacturers, in fact almost all, now include Apple Car Play and  Android Auto  as part of their infotainment system. Its all part of the drive to make sure you are connected at all times. [Read More]