Ford Mustang is full of machismo that does a decent job of hiding the cost-cutting within its DNA. 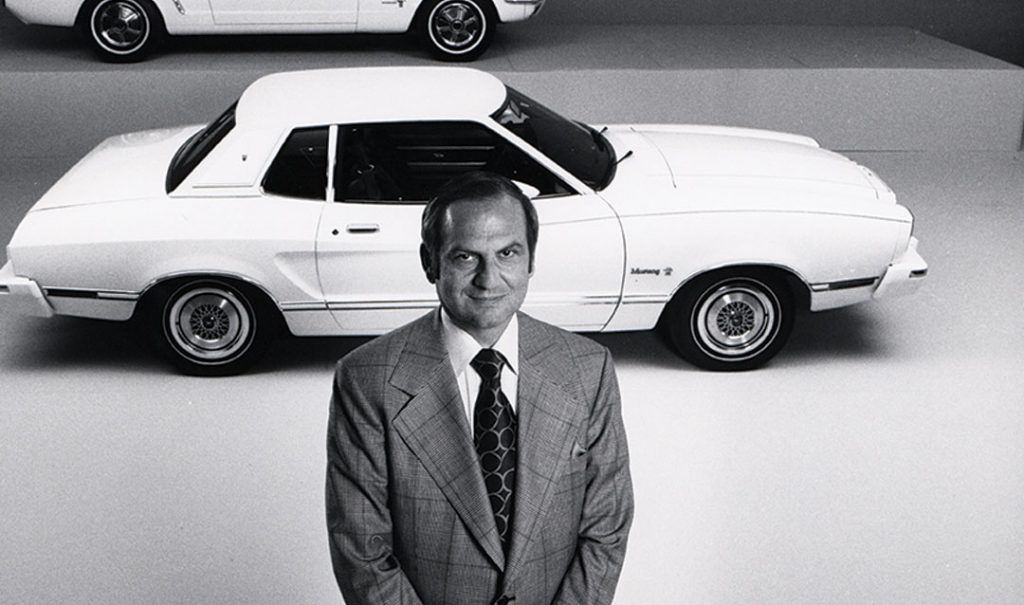 The story started with Ford Boss, Lee Iacocca, who decided the company needed a sports car, and Mustang was born. The first Mustang sold, was a pre-production unit sold by accident. Capt. Stanley Tucker was so insistent, that salesman Harry Phillips said yes. Ford realised the error, and after 2 years of negotiation, coaxed Capt. Tucker out of his sub-par car with a brand new fully-loaded 1966 convertible, the 1 millionth Mustang made. 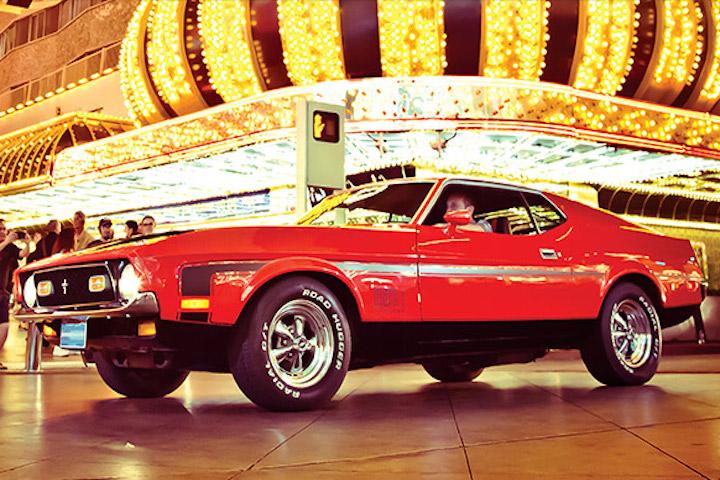 With a ragtop, Mustang is king.

True to Iococca’s original, the handsome 2022 model has aged well.

With the textile roof down, the profile captures a look and feel of the 60’s updated for the new era.

19” wheels fill the arches, and with smart entry and start, the doors no key unlock. As mirrors unfold, the puddle lights project the shape of a pony onto the ground.

There is nothing whatever subtle about the effect such overt masculinity leaves on its observer.

The look and feel is retro. The B&O sound is brilliant, and is controlled through SYNC3 via an 8” screen. Seating is heated and cooled in the front, and the dual zone climate works well.

Mustang is built to a budget. The nasty plastic inserts to cover the roof mechanism sit in the boot ready for use, and will probably stay there.

The digital dash is not as configurable as we’d like.

The rear driver’s side window would not fully raise without being pulled up by hand. 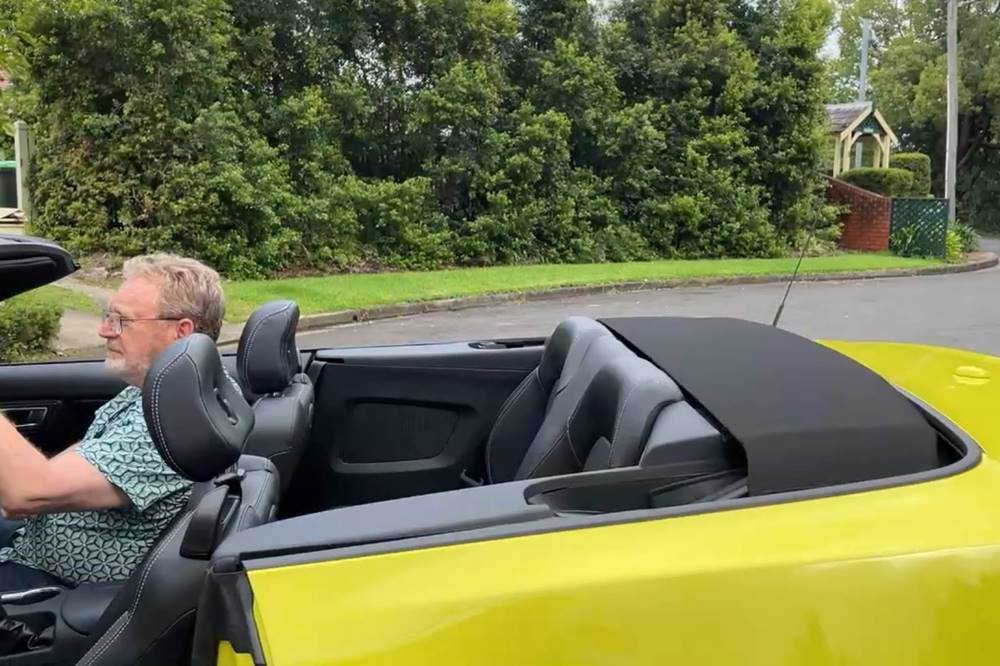 The 236kw 2.3 Turbo 4 cylinder has plenty of poke, and is on a par with an STI Scoob. The sound is great, but is it Mustang?

The sports selection is a faff. Sport is chosen with the gear lever, and the rest of the modes selected with a toggle switch.

Dropping the roof means you have to stop, which is really annoying.

The optional MagneRide suspension would definitely improve handling, but as it is, is more touring than track. Ride is reasonable, and steering has a decent amount of simulated-electric feel.

In Sport+, the hockey-stick-shaped tacho cycles up and across to a redline somewhere around 6k. The 10-speed auto chugs through the gears ferociously, and I like it a lot.

I loved the ballsy acceleration and the rousing shriek, and I love the feeling of being part of the trip, even with the roof up.

The windows-down experience is utterly unique is one that can only be had in a convertible. Even on a motor cycle, your head is confined by a helmet. 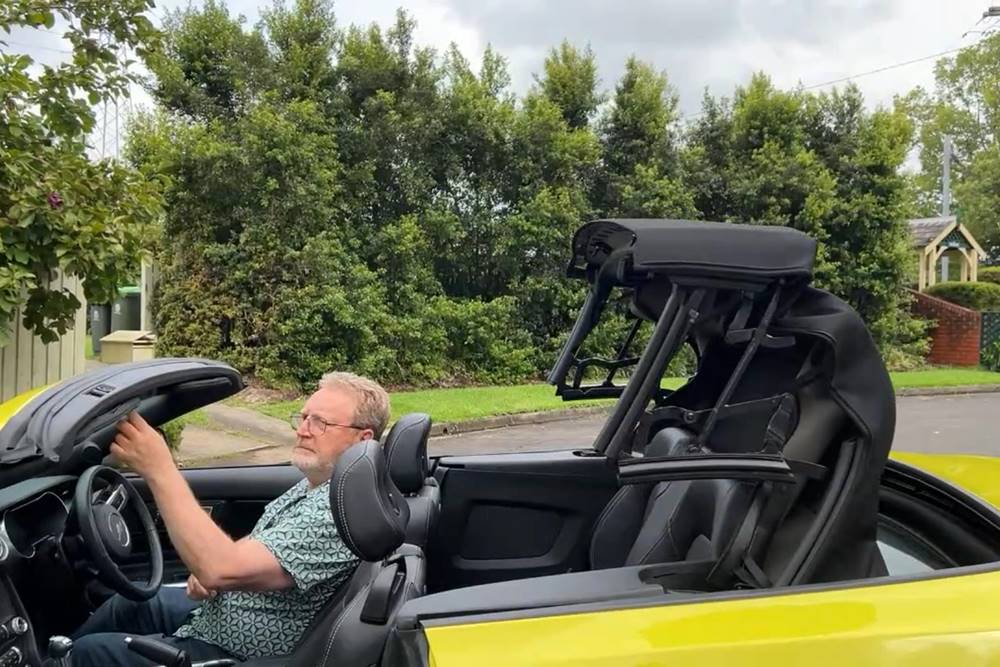 Mustang has been a huge hit despite the coupé’s 2-star ANCAP rating. It raised to 3 stars after the addition of driver aids, but the convertible remains unrated.

Mustang is sold as a sports car but for me, that is a misnomer. It sets up prospective buyers for disappointment. Instead, Mustang should set its cap at being a tourer. I can picture myself as the crazy cat man towing a teardrop or that fabulous Opera Campers we love so much.

In my bones, in know this is a car that I’d buy with my heart, not my head.

It depends on what your requirements are. If you want a comfortable cruiser, you’re going to be happy, but if a hot hatch-like handler is your desire, you need to move on. 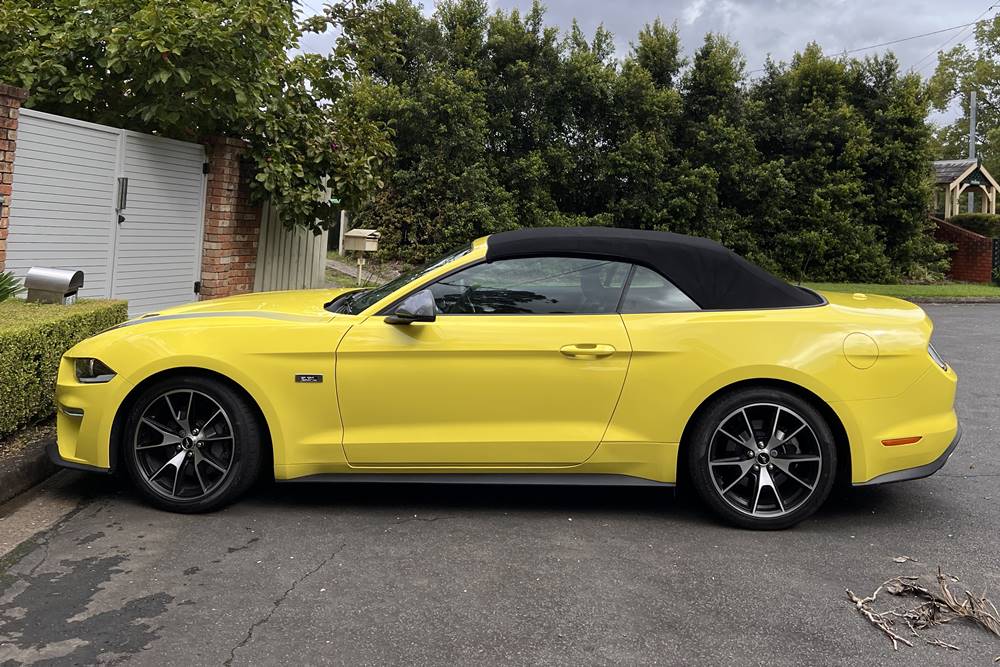 This is the Motoring Minute weekly news for Saturday 3 December 2021 with a roundup of all that is new or interesting in the Australian Automotive landscape.   [Read More]

The Ford Ranger comes with a choice of two- or four-wheel drive, two diesel engines, four specification levels and three body styles. but there is also the macho double cab Raptor with a 2 litre bi turbo diesel. [Read More]