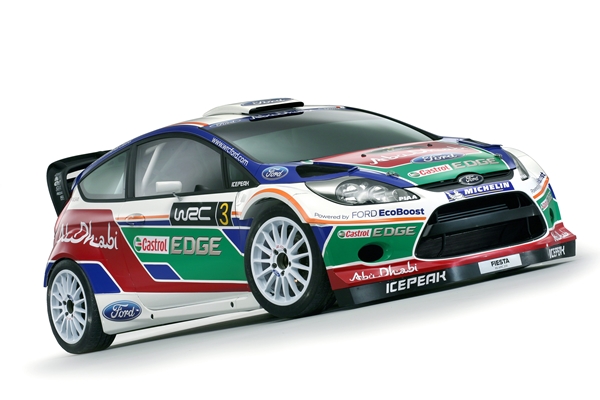 Ford Abu Dhabi World Rally team drivers Mikko Hirvonen and Jarmo Lehtinen and team-mates Jari-Matti Latvala and Miikka Anttila will drive a leg each in the two-day snow and ice rally based in Rovaniemi, as the final part of the squad’s pre-season testing schedule.

Hirvonen will drive the Fiesta RS WRC on the opening leg of the rally before Latvala takes the wheel for the second day.

The Arctic Rally will conclude the Fiesta RS WRC’s comprehensive test and development program ahead of its FIA World Rally Championship debut at Rally Sweden (February 10-13) next month.

It will be an extension of the team’s four-day test in Sweden, which begins on Friday, and the Fiesta RS WRC will be seen in its usual white test livery.

“The Fiesta RS WRC has covered thousands of kilometres in testing over the last four or five months,” Wilson said.

“However, a traditional test cannot truly replicate genuine competition for learning about a car. We believe that going to the Arctic Rally will provide ideal preparation for both the team and the drivers ahead of Rally Sweden.”

Hirvonen competed in the Arctic Rally in 2001 and 2002 and the 30-year-old Finn said the rally had a fantastic Arctic atmosphere “which is difficult to explain until you have witnessed it”.

“It has great winter conditions for driving and the stages are fast, but sometimes quite technical. It’s an ideal location to test the new car in a competitive way ahead of Sweden, and I’m excited that the team is coming to my home country again,” Hirvonen said.

Latvala, too, is looking forward to testing the Fiesta RS WRC in a rally environment.

“At a normal test a driver covers the same section of road continuously and quickly learns how to drive it,” Latvala said.

“Almost all the roads in the Arctic Rally are used only once, so it gives the team the opportunity to see how the car performs in competitive surroundings. The stages will be a similar length to a WRC round so it really will be a perfect test opportunity.”