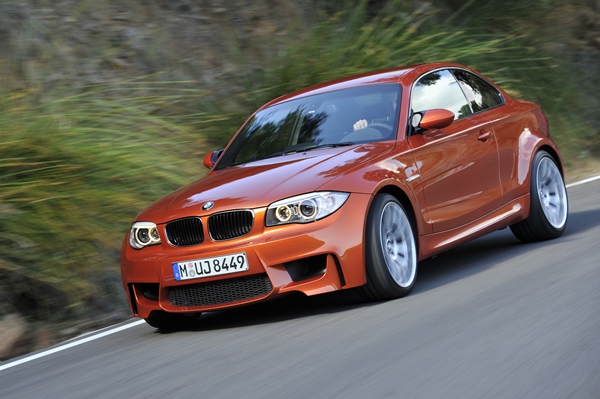 BMW’s highly anticipated new 1 Series M Coupé has had the pricing announced today, priced at $99,900*, only around 100 units of this prized BMW M car will be coming to Australia.

BMW has built the 1 Series M Coupé to attract a new younger breed of aficionados to the celebrated M brand and becomes the M model with the strongest visual differentiation from the base model.

“This is the first time the high performance BMW M badge has been applied to the 1 Series range in a return to what BMW has always done best: building the perfectly balanced sports coupé,” said Mr Horton.

The BMW 1 Series M Coupé features an in-line 6 cylinder engine boasting two exhaust turbo chargers of identical size. Based on BMW’s multi award-winning three-litre engine, this BMW M power plant sees an increase in engine output to 250kW. 450 Nm of torque is available from just 1500 rpm, with an additional 50 Nm on tap by means of an overboost function.The BMW 1 Series M Coupé sprints to 100km per hour in just 4.9 seconds.

Fuel saving technologies from BMW’s EfficientDynamics technology stable, all of which are standard on the BMW 1 Series M Coupé, include brake energy regeneration, high precision injection and needs-based control of auxiliary units. Combined fuel consumption is 9.6 litres over 100 kms, and CO2 emissions are a mere 224 grams per kilometre.

A newly developed six-speed transmission has been specially designed to interact with the high torque engine, yet weighs just 43 kilograms, making it far lighter than conventional transmissions.

The chassis technology of the BMW 1 Series M Coupé is derived directly from motorsport. Components originally developed for the BMW M3 have been modified and fine-tuned in extensive testing on the Nurburgring. The double joint front axle and five-link rear suspension are made almost entirely of aluminium.

The BMW 1 Series M Coupé comes with a variable M differential lock on the rear axle as standard. With up to 100% locking power, drive torque is distributed as required and offers maximum acceleration when exiting a corner. 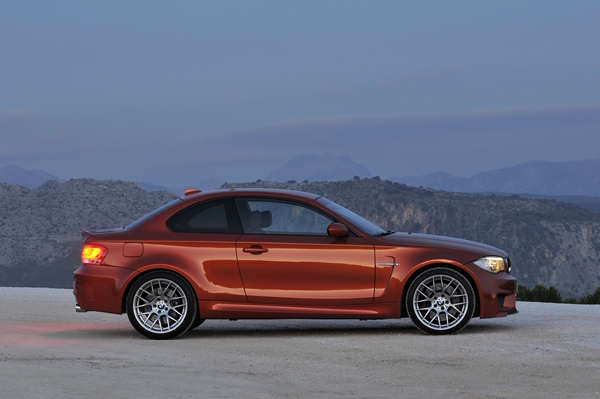 The BMW 1 Series M Coupé offers a particularly high standard specification in Australia with only a handful of options.

The car also features an upgraded version of Bluetooth connectivity, which in combination with compatible mobile phones allows occupants to access e-mails, calendars, task lists and SMS messages on the high resolution display while the vehicle is stationary. The car can also read these aloud via the audio speakers using the narrator function when on the move.

The BMW 1 Series M Coupé is available in three exterior paint finishes. Alpine White non-metallic is standard and customers can choose from two metallic options, Sapphire Black or Valencia Orange, which is unique to this model.

The BMW 1 Series M Coupé will be available in Australian dealerships from June 2011.

On 16 August, amidst magnificent award-winning sports cars of yesterday on show at the “Concours d’Elegance” in Pebble Beach, the BMW Group will be offering a first outlook on a high-performance sports car of tomorrow – the BMW Concept M4 Coupe. [Read More]