Subaru WRX – The latest WRX has a host of technology that enhances the driving experience and we have been asked to provide more technical details for the enthusiasts. So in the words of Subaru themselves here are the details in full. 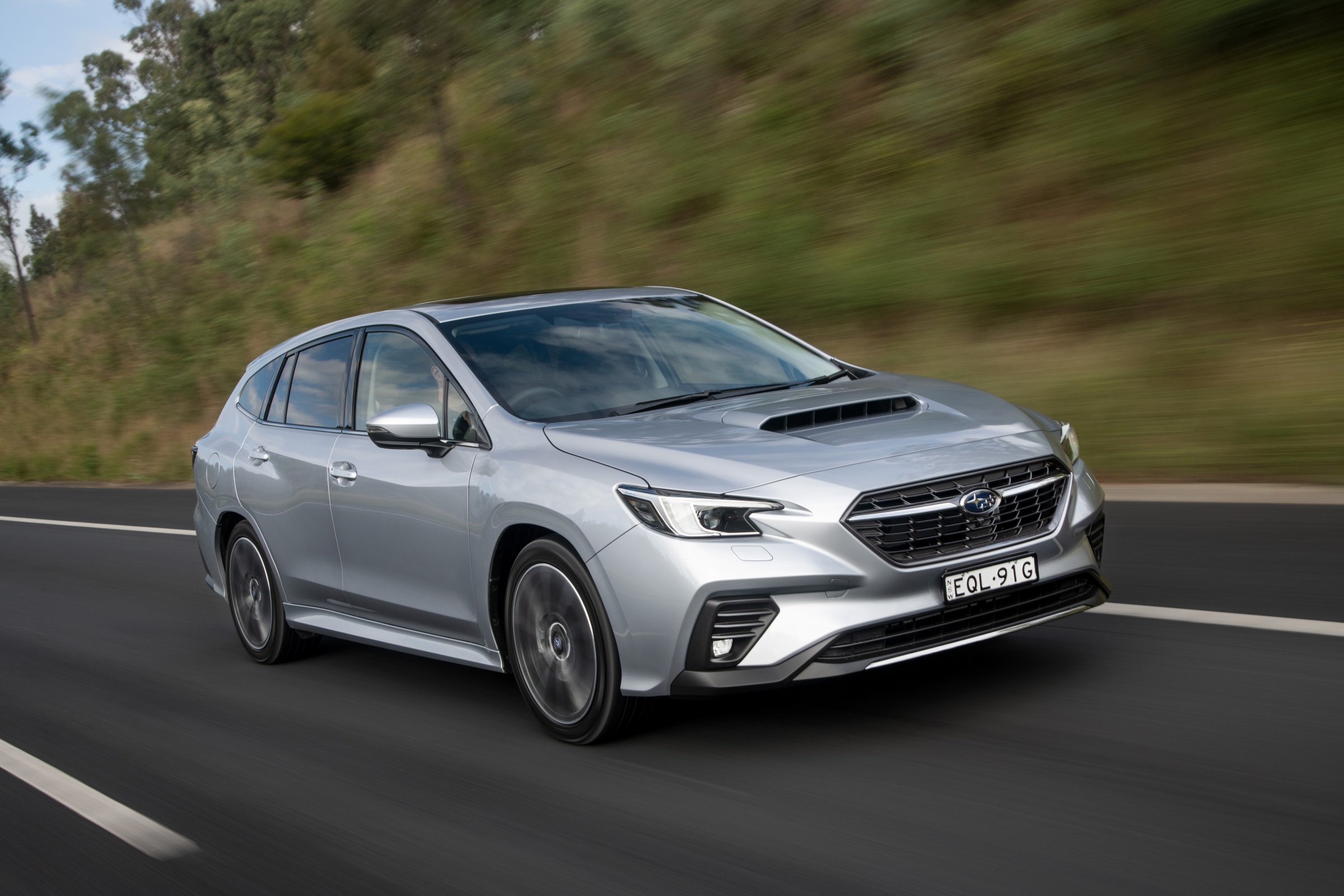 The two transmissions used for all-new Subaru WRX Sedan and Sportswagon were selected for their excellent response and predictability, making them just right for pure driving enjoyment.

Available on WRX Sedan variants and standard on all WRX Sportswagon variants, the new Subaru Performance Transmission was designed specifically for driving enthusiasts and features a number of unique enhancements befitting a true sports car.

For all-new WRX the transmission’s chain and variator assembly were revised to expand the gear ratio coverage range from 6.43 to 6.91, improving overall acceleration and driveability.

The secondary and transfer gears were revised for both acceleration and efficiency while the gear and tooth shape were optimised to reduce vibration, cutting gear noise by 17 per cent over the previous model.

The reverse gear ratio was also lowered, increasing the drive force when reversing up an incline.

An electric oil pump is used in the adoption of Auto Stop Start to the Subaru Performance Transmission, bringing enhanced efficiency to the WRX range. As well, a low-viscosity transmission fluid increases efficiency. 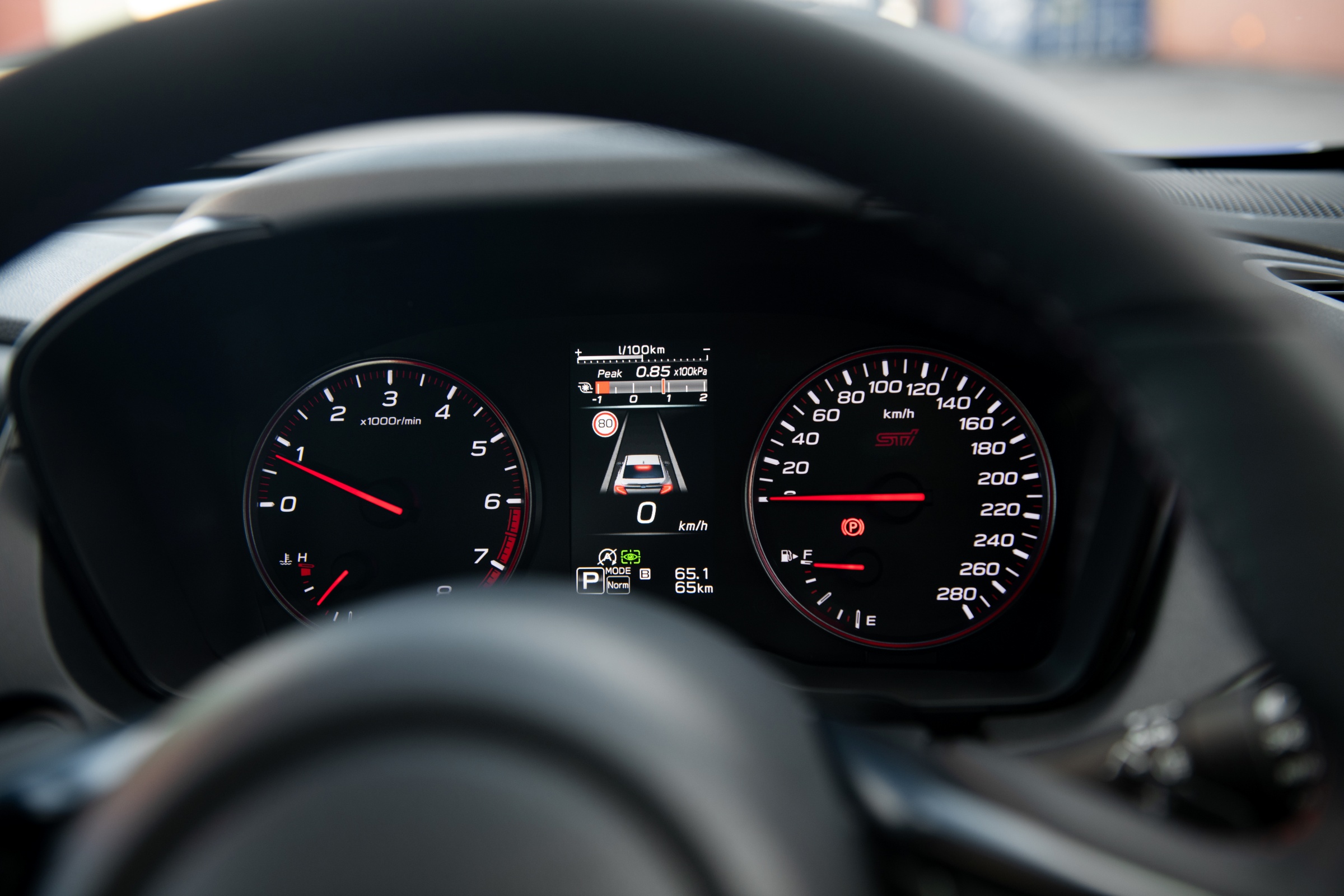 WRX variants equipped with the Subaru Performance Transmission feature a three-mode Subaru Intelligent Drive system, or SI-DRIVE, which allows drivers to choose between three pre-set drive modes which alter engine and transmission characteristics to suit driver intentions. They are:

Sports Shifting Control is a new feature for Subaru and is unique to the Subaru Performance Transmission.

As with the previous WRX, selecting ‘S’ or ‘S#’ modes means the transmission adopts an eight-speed step-shift control.

Auto-blip downshifts have two main benefits: they keep the WRX’s engine at the optimal speed to benefit from both engine braking when approaching a corner and help generate maximum power and torque for strong corner exit acceleration.

SI-Drive is also linked to Drive Mode Select (detailed later in this document) – where equipped – which automatically selects the SI-Drive characteristics dependant on the chosen drive mode.

New Sports Shift Control in the ‘S’ and ‘S#’ modes mean shifting as drivers intended, delivering shifting characteristics similar to those of a manual transmission operated by an experienced driver, even when the gear leaver remains in the ‘Drive’ range.

The direct acceleration feel and the transmission’s sharp, quick shifting achieve desired engine and vehicle speeds. The transmission quickly downshifts to lower gears under braking and is responsive when accelerating, holding high engine speeds in the lower gear range and holding the correct gear to maintain lateral G-force during cornering.

When braking, ‘I’ and ‘Manual’ modes operate as before.

The sporty nature of the ‘S#’ mode is far more noticeable courtesy of faster acceleration responses. These give an even more direct feeling that suits the WRX and can be experienced when acceleration is necessary, such as rapid corner exit, for example.

The lightweight six-speed manual transmission, praised for its abilities in the previous generation WRX, has been carried across to the all-new WRX Sedan.

With its gear ratios optimised to achieve acceleration performance and efficiency in line with the car’s weight, it was a natural fit for the fifth-generation WRX, albeit with some minor revisions to further refine its driver engagement and performance car offerings.

The teeth on the second and third driven gears are now honed with a grindstone rather than shaved with a shaving cutter, for example, for greater precision and a reduction in vibration and noise while improving the transmission’s dynamic feel.

Driving stability has been improved by increasing the spring constant of the transmission’s mounting rubber and damping sheets have been adopted to reduce vibration and noise, at the same time improving the transmission’s dynamic quality. 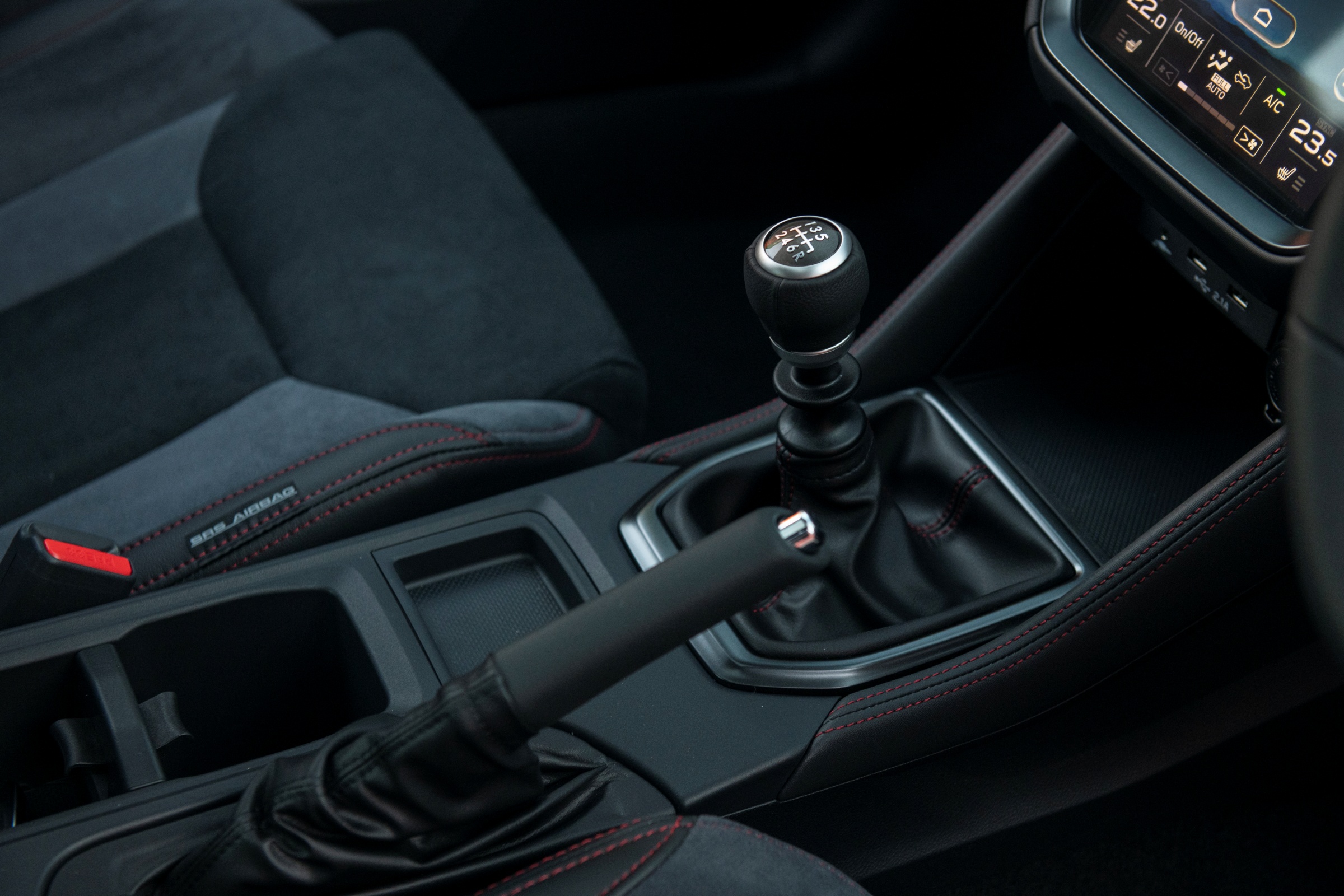 WRX variants equipped with the manual transmission utilise a fully mechanical AWD system devoid of electronic control or adjustment. This system features a centre differential with a viscous-coupled limited-slip differential (LSD) with torque split between the front and rear axles based solely on the amount of traction available.

This system gives a nominal 45:55 front/rear torque split ratio but, using the information provided by numerous vehicle sensors, can control and adjust the amount of torque sent to either the front or rear axles as demanded by the Transmission Control Module.

Rather than simply relying on traction variance between the front and rear axles, the system can alter the torque split to enhance handling performance.

All WRX variants – with the exception of the WRX AWD tS sedan and WRX Sportswagon AWD tS – equipped with the Subaru Performance Transmission feature a single-mode VTD system which prioritises traction for increased stability and overall sporty performance.

‘Normal’ mode features the same AWD characteristics as the other variants while ‘Sport’ mode restricts the amount of torque transmitted to the front axle by the LSD, reducing understeer and improving turning performance for a more engaging driving experience.

The use of dual-pinion electric power steering instead of a single-pinion system has allowed Subaru’s engineers to design a steering system that combines sportiness with a high-quality feel that provides stress-free driving.

Rather than using a single-pinion design that must manage both driver input and electric power steering input, the dual-pinion design utilises separate shafts for the motor and driver steering operations with each acting individually on the steering rack.

By separating the resistance applied to the motor input shaft and reducing friction on the drive operation shaft, the dual-pinion design brings smoother, more linear torque transfer while delivering a direct, natural steering feel with no delay in response times.

On variants equipped with Drive Mode Select, the power steering input force is adjustable to three levels, each with different steering weight characteristics.

Drivers can select between Comfort, Normal and Sport, each with progressively heavier steering response. 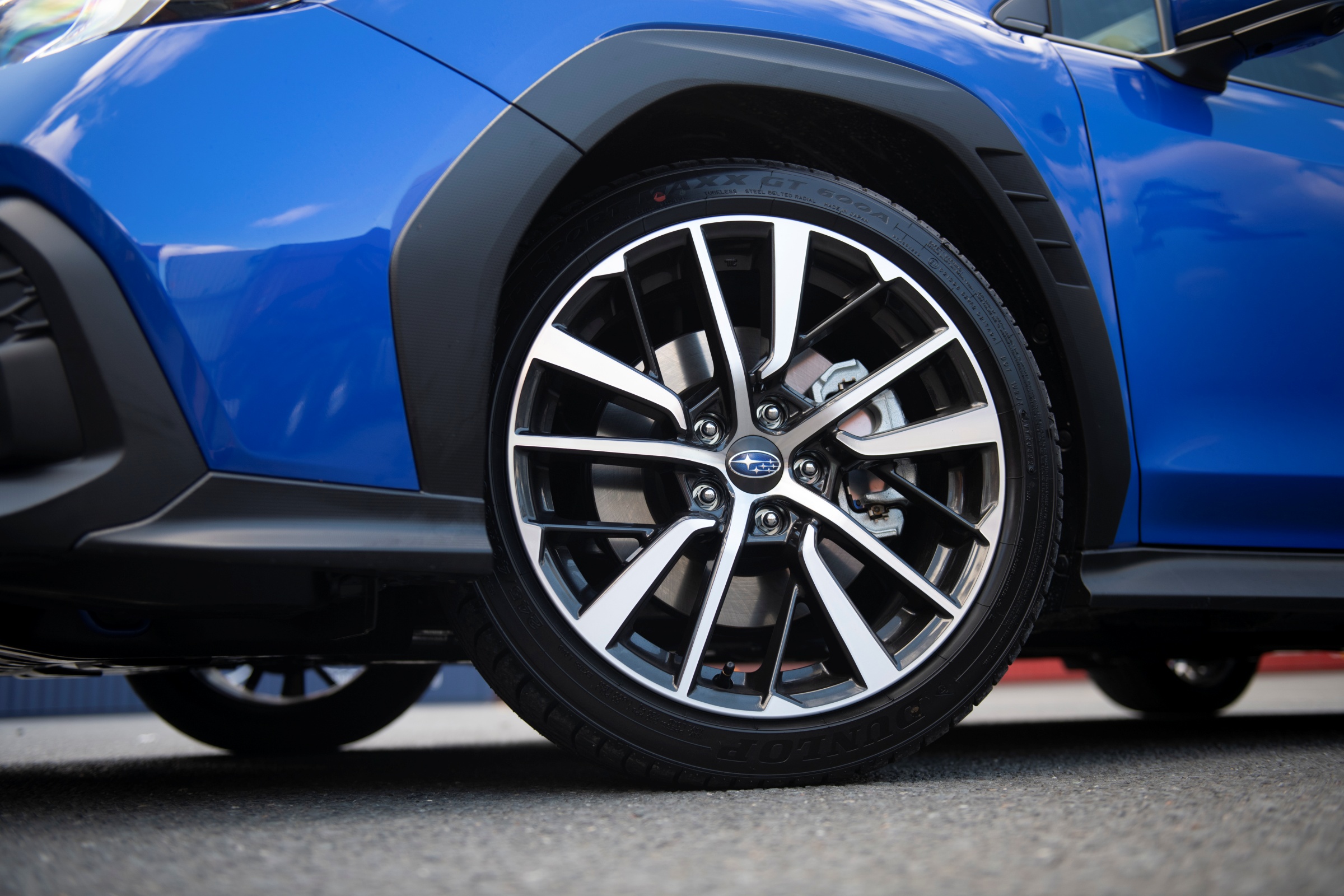 The pedal stroke has also been optimised so drivers can enjoy the braking effect in proportion to the amount of pedal pressure applied and be confident in the high controllability given by the rigid operating force. 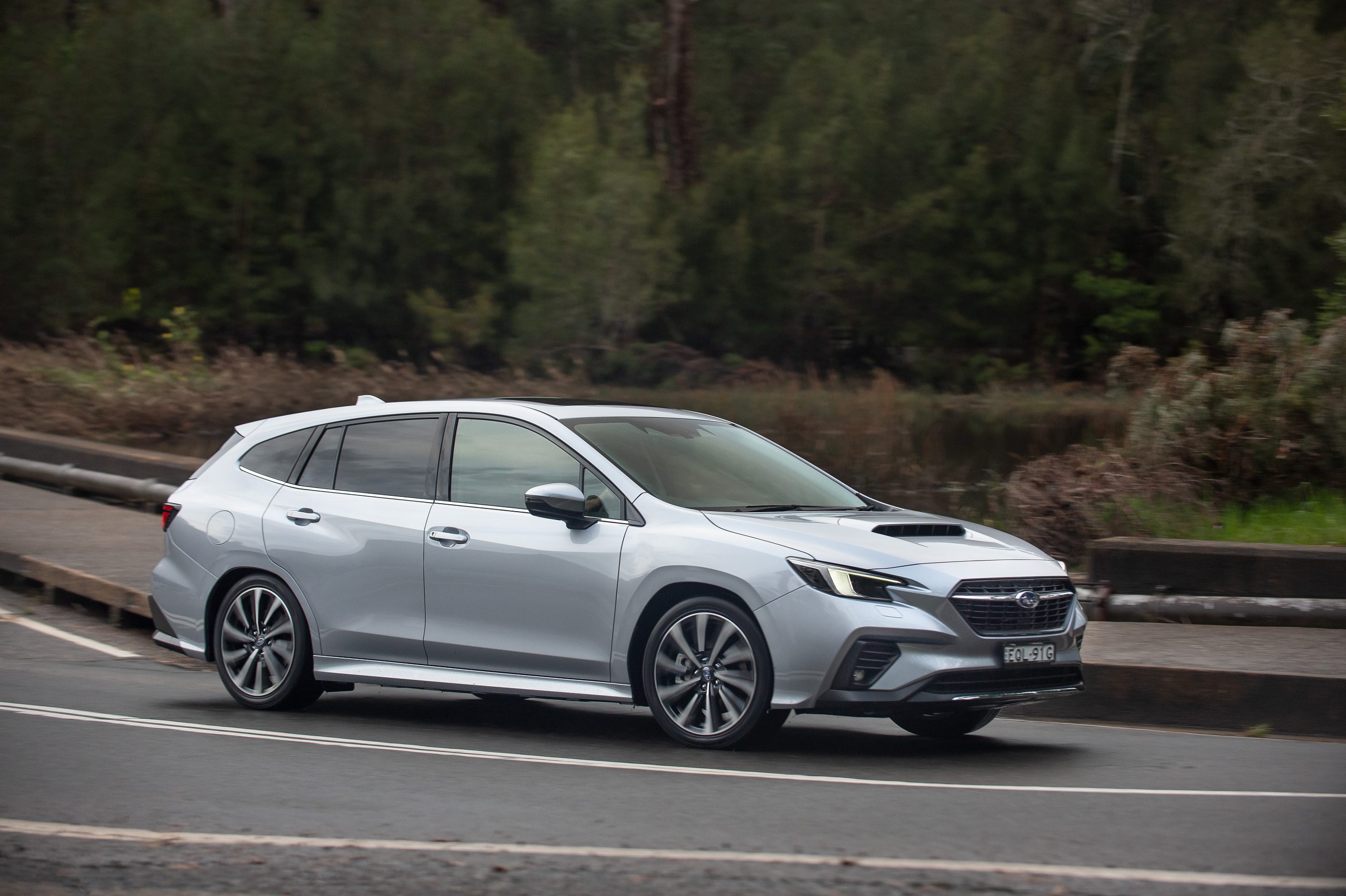 True to its motorsport heritage, all-new WRX uses a fully independent suspension layout with MacPherson-style struts at the front and double rear wishbones.

These designs were chosen to optimise the car’s handling characteristics, the chosen design giving high performance levels in the areas of driving stability, ride comfort and quietness.

The high body rigidity, which is a legacy of the sophisticated new Subaru Global Platform, has been leveraged for the suspension and has helped with the development of a geometry that makes the suspension move in a smooth and very predictable manner in response to road surface input.

Follow-up performance on varying road surfaces has been improved, ensuring excellent vehicle stability is delivered with minimal changes in tyre adhesion when turning, accelerating or braking.

Geometry optimisation has been achieved by increasing the suspension stroke length by approximately five per cent at the front and 20 per cent at the rear to reduce impact and vibration on the body when driving on uneven road surfaces.

Surface changes are absorbed by the longer suspension stroke, adopted to increase handling stability and deliver greater driver control. Additionally, occupants get a comfortable ride, even when the rear seat is occupied or luggage is being carried.

For this latest-generation WRX the front suspension steering feel and response have been improved by reducing the mass offset of the front hub assembly and adopting a highly rigid front crossmember.

At the back the stabiliser bar mounting point has been moved from the highly rigid rear subframe and is now mounted directly to the body, resulting in improved driving stability and ride comfort by limiting lateral vibrations in the direction of the roll movement.

The ZF-manufactured Electronic Control Damper System is new for Subaru and is exclusive to WRX AWD tS Sedan and Sportswagon models.

The dampers use a solenoid valve at the base of each strut to alter the damping characteristics of the shock absorbers based on vehicle and damper acceleration data supplied to the control unit in real time.

The system computes the data and determines the ideal damping force needed to maintain a consistent and neutral vehicle posture with the result being increased comfort and handling with reduced body roll when cornering and less fore and aft pitching under hard braking or acceleration.

Through Drive Mode Select drivers can choose between three damper settings they are:

The Vehicle Dynamics Control (VDC) fitted to this latest-generation Subaru WRX has been further advanced with new ‘TRACK Mode’, the system adapted to allow drivers to switch between three modes to control the VDC and Traction Control System (TCS) with the ‘VDC OFF’ switch. 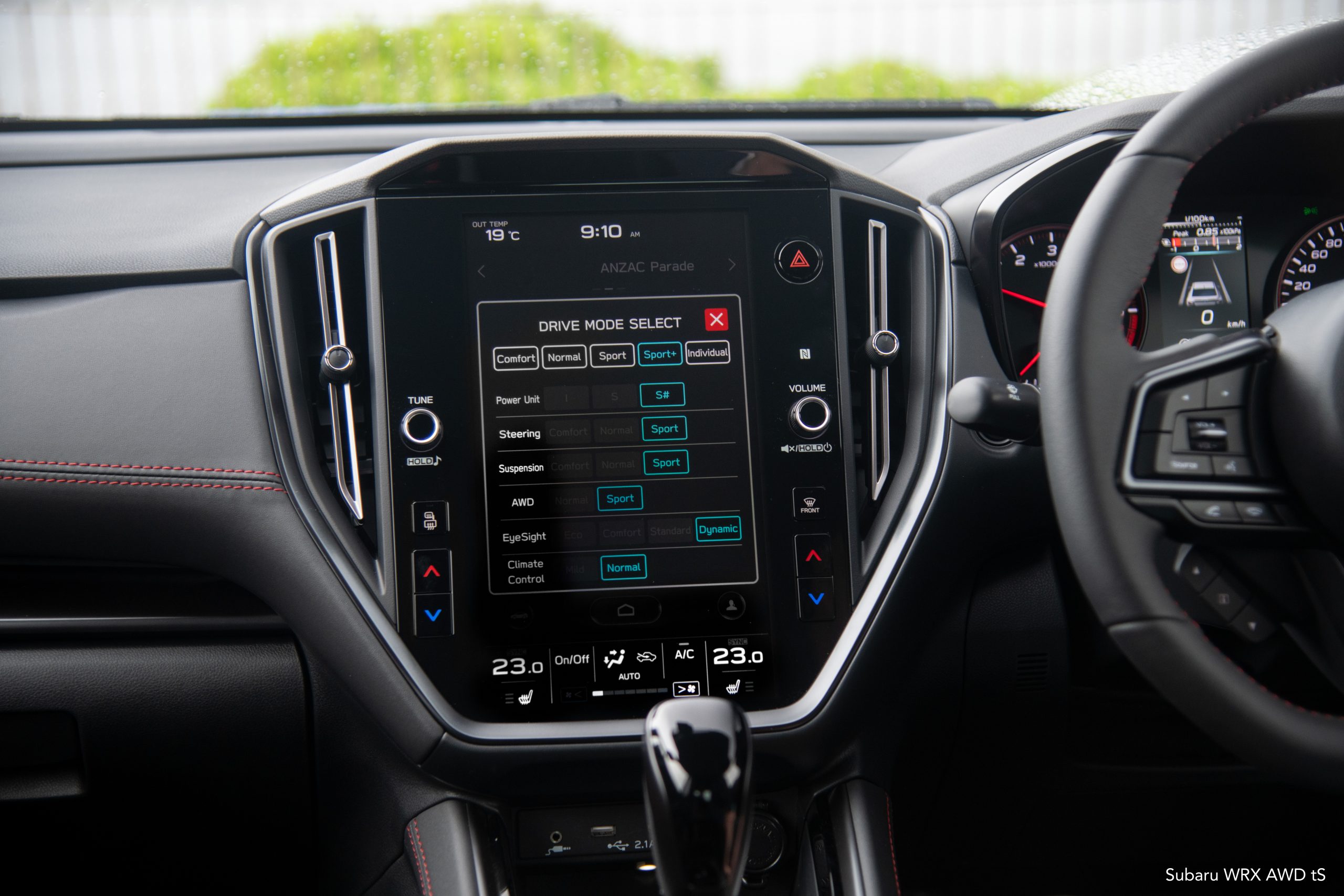 Available on tS variants, this function changes all-new WRX’s driving characteristics with the use of a single switch, allowing it to be switched between four settings ranging from sports car to premium car, matching not only individual driver preferences but also varying driving situations.

Individual mode, which allows drivers to customise the settings of each unit according to individual preferences, is also available.

It does so by restricting the centre differential’s limited-slip intervention to maintain high cornering force and distributing the power with weighting biased towards the rear wheels.

Subaru has launched the almost all new Subaru XV AWD SUV into a competitive market. The new Subaru XV however boasts a number of new features that set it ahead of its competitors. [Read More]

Citroen is a name synonymous with a proud history and innovation. In recent years in Australia it has had a rocky journey, but this started to turn around recently with vehicles such as the C5 Aircross. Rob Fraser has just spent a week in one. [Read More]