‘Drive of the Dragon’, the short martial arts film starring Formula One World Champion Sebastian Vettel, is now available online having been launched in an exclusive screening in Barcelona.

The film’s premiere, on the eve of the Spanish Grand Prix at the Catalunya circuit, was attended by Formula One paddock insiders, media, and guests of Infiniti. The evening, hosted in the underground cellars of the Ocaña club, also featured a live music performance from Sebastian’s multi-talented film co-star Celina Jade.

‘Drive of the Dragon’ is the first of the Infiniti ‘Inspired Performers’ series and sees Sebastian Vettel star alongside martial artist and Hollywood actress Celina Jade.

There is also a competition on www.driveofthedragon.com for ten lucky entrants to win an official, strictly limited edition film poster. 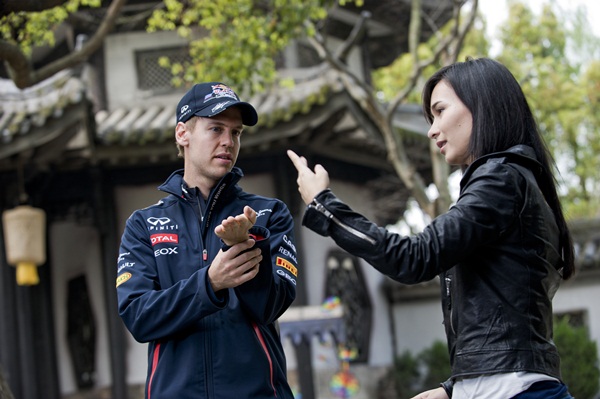 Infiniti has announced the addition of a special edition to its QX70 crossover range: the QX70 S Design. Based upon the V6-powered variants of the top-grade QX70 S Premium, this newest version of Infiniti’s performance crossover adds a number of stylish touches to both its athletic exterior and its premium interior [Read More]

Infiniti QX80 is Now On Sale in Australia

Infiniti’s premium full-size SUV, the QX80, is now on sale. The QX80 is the premium brand’s range-leading, full-size SUV and its arrival this month heralds the start of Infiniti’s next phase of new-model releases in Australia. [Read More]