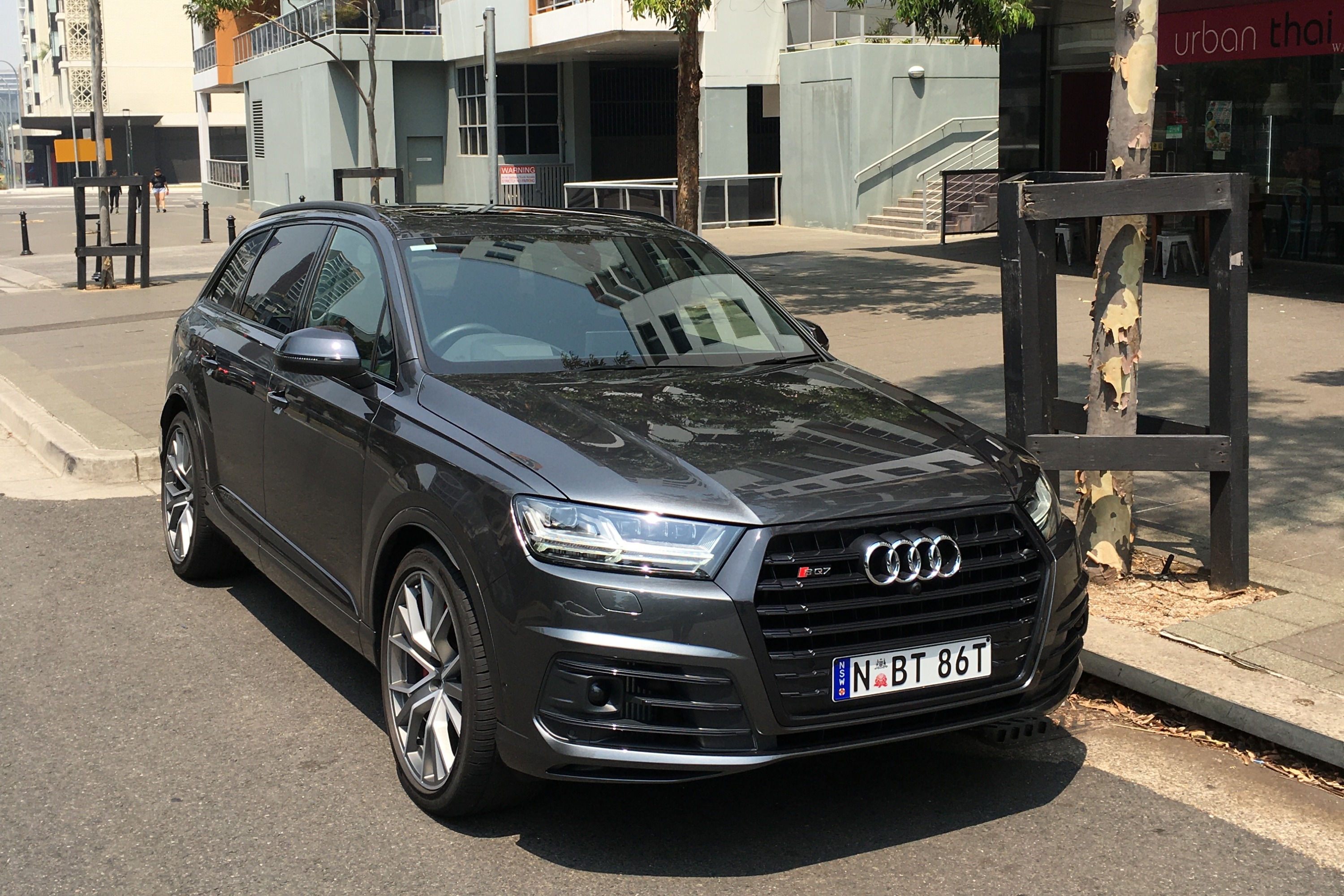 With the growth of Prestige SUVs in recent years there has also been a surge in sport SUV as well. Rob Fraser has just spent a week in one of the best.

I just love big powerful sport SUVs and driving the Audi SQ7 Black Edition this week has satisfied that desire for a while.

Audi SQ7 will seat five in comfort and seven occasionally. It is full of the latest safety and technology features from Audi and is powered by a stunning 4.0L Twin turbo V8 diesel engine that pumps out 320kw and 900nm of torque through Audis Quattro drivetrain and an 8 speed automatic.

This family SUV will race from 0-100kmh in just under 5 seconds and top out at a controlled 250kmh. All the while feeling as though it’s effortless. The continual linear surge under acceleration is pure joy.

The Audi SQ7 at around $174000 plus the usual costs, sits in rarefied air and it’s a pleasure to breathe it once in a while. ,

About Rob Fraser 1906 Articles
Rob Fraser – General dogsbody & Director Rob is the founder of the business. He constantly mutters something about way too many red wines one evening being to blame. Often known for taking the 4WD in the driveway over the sports car, he has travelled pretty much everywhere in Australia and when he is bored goes for a drive. He first learned to drive on the farm in a left hand drive WW11 Jeep when he was 11, and was hooked on 4WDriving way back then. In addition to 4WD he is an avid motoring enthusiast and has maintained a strong interest in the industry ever since his teens. He has owned way too many cars in his time as well. Having previously lived at the top of corporate life he retired in 2000 and hasn’t put a suit and tie on since. Cars are his passion so why not have a business doing what you love he figures. He has towed either a caravan or camper trailer to most parts of Australia, has run guided tours for camper trailers’ and instructed drivers in off road towing.
Website

Peugeot has aimed to position the 508 above the lower end of the large car market. It is now attractive to those who are looking for practicality, value and appropriate touches of luxury without the hefty price tag that comes with a more recognized luxury brand name.
[Read More]

Following on from its unveiling at the Geneva Motor show in early 2015, 220 examples of the much anticipated Clio R.S. 220 EDC Trophy are now available for sale in Australia, priced from a $39,990 recommended retail price. [Read More]