Audi S3 – Audi is hoping to reinvigorate its overall sales in general and its A3 passenger car sales in particular with the release of new models. 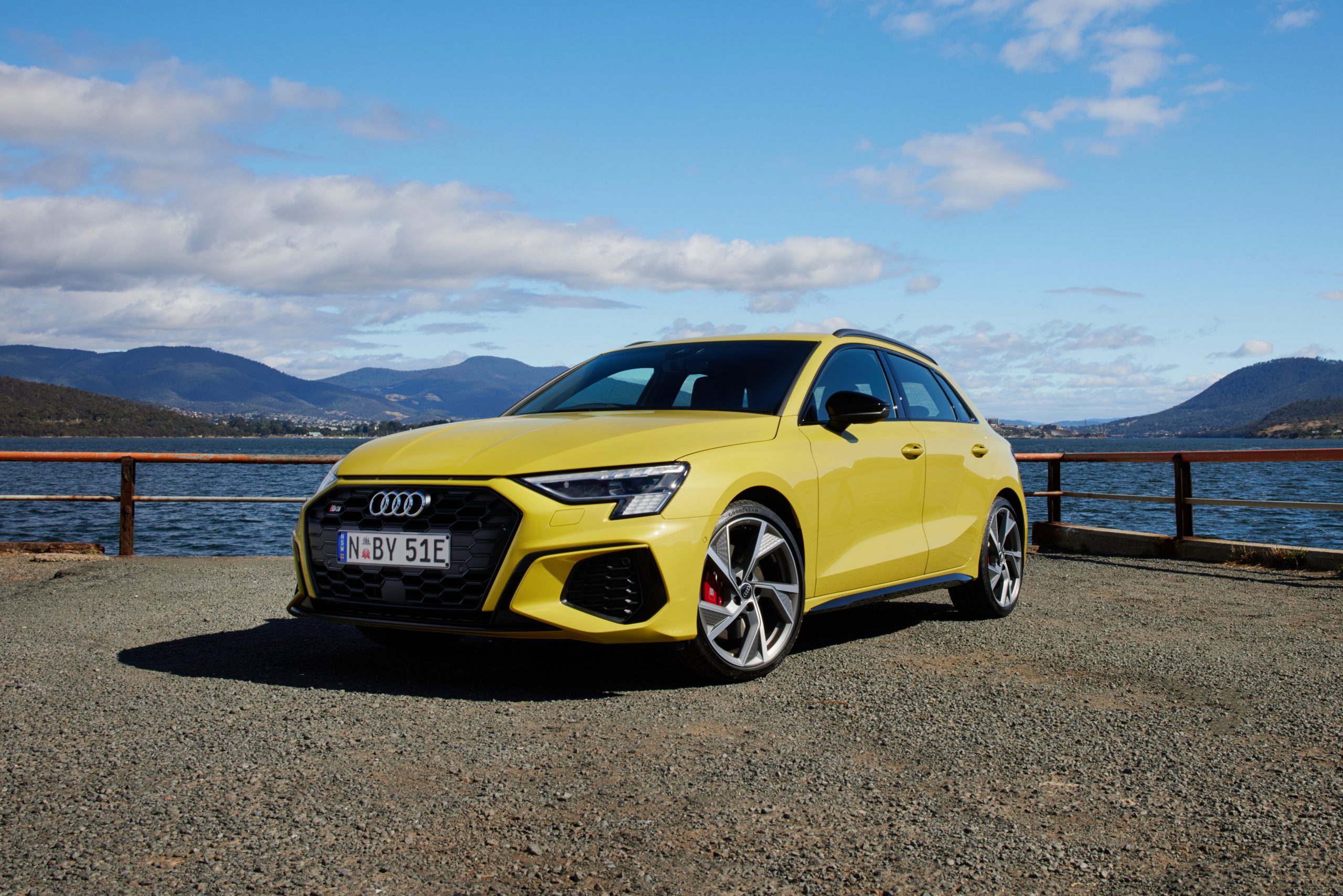 The A3 range includes the hot hero car version; the S3

The new S3 which comes with the same power train set up for two body shapes: a sedan and a Sportback.

With some features that are now standard rather than being part of option packs and prices starting at $70,700, Audi is pitching at premium features and more performance with less emphasis on optional extras.

The A3 including the S3 is classified in Australia as a small car along with the Mercedes A and B class, the BMW 1 and 2 series and the Mini Clubman 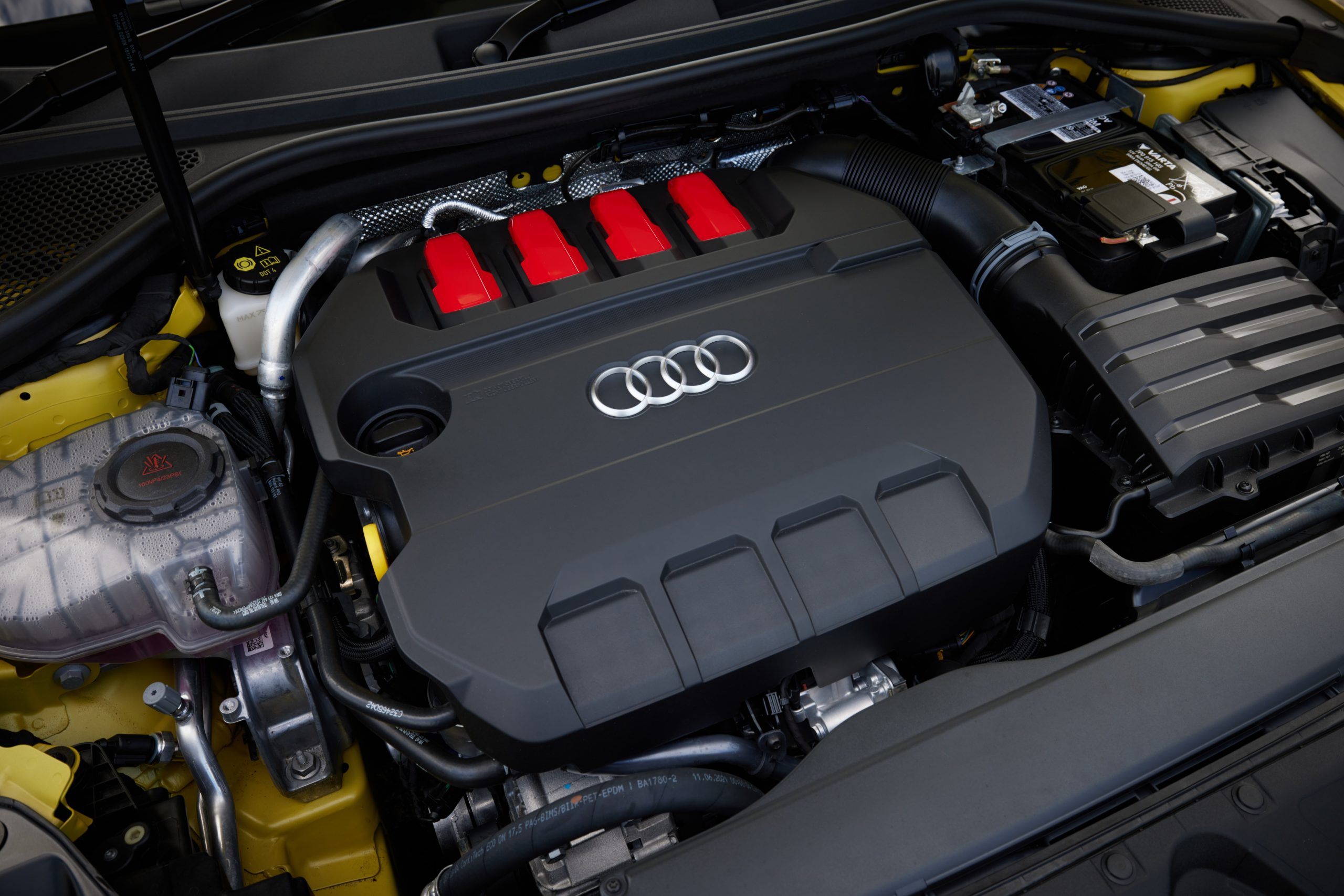 The four-cylinder petrol engine delivers maximum torque across a broad range of between 2,000 and 5,450 rpm, while the rated power output comes in at the high end of 5,500 remaining constant up to 6,500 rpm.

We drove the new S3 in Hobart and surrounding districts down through the Huon Valley.

Within Hobart, the S3 is an easy urban car to drive with even half throttle enough to move up and find a gap to change lane.

Leaving the city, we encounter at least two sets of traffic lights and within 10 minutes we were driving through natural forest on a very tight and twisty road with corners marked at low as 25km/hr. So without breaking the speed limit there was amble opportunity to appreciate the S3’s setup.

It performed with crisp precision and snappy performance. Using the paddles with amble gears as you went from a relatively straight section of road down into a very tight corner, is one of the delights of driving a car like this.

The low-profile tyres added some road noise but not excessively and the overall comfort level was good even for touring on some less than perfect secondary arterials. 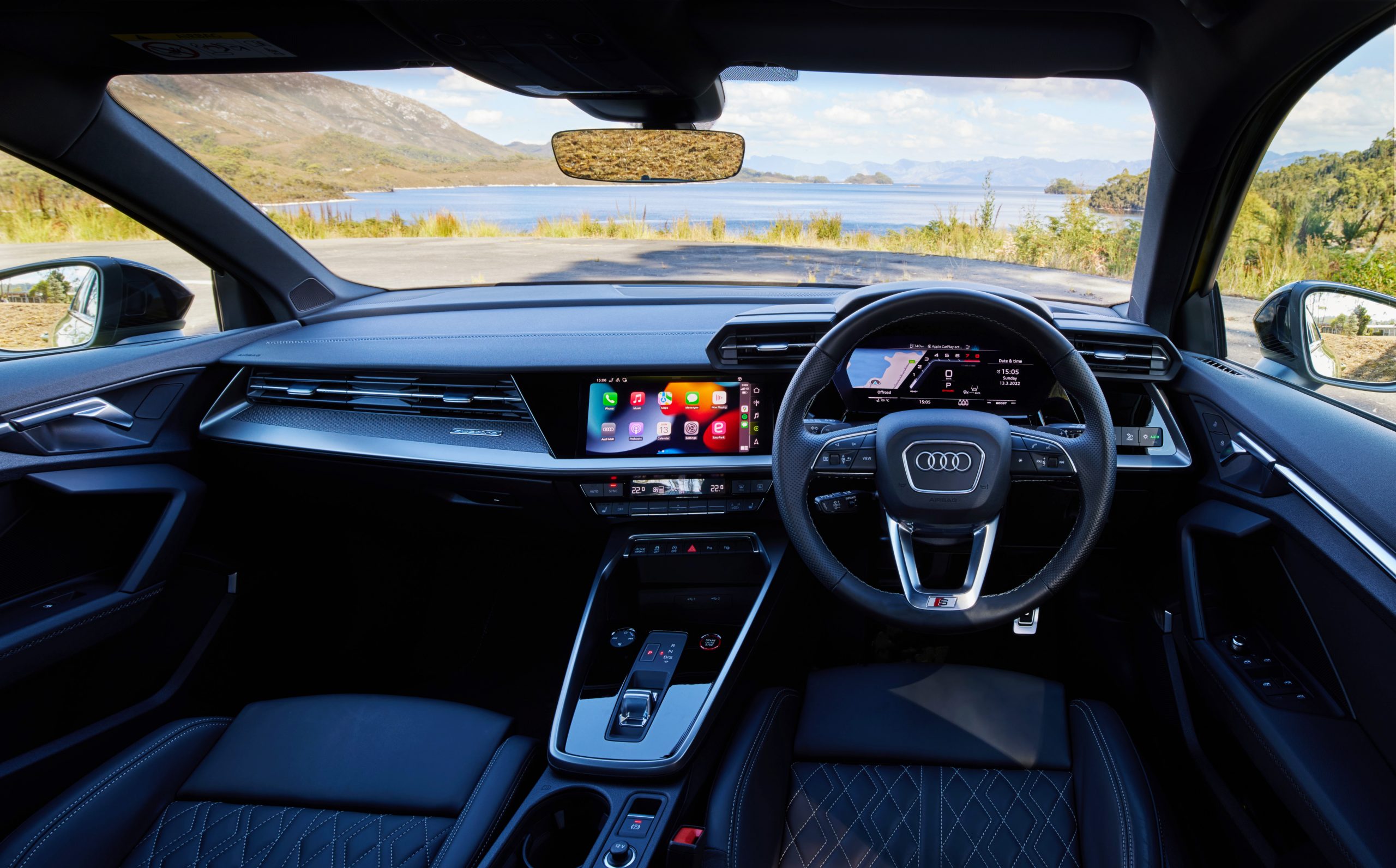 The precise steering, solid road feel and great braking helped give confidence on roads that at times lacked edge line-marking.

As we travelled through the picturesque townships, occasionally stopping at a pedestrian crossing or for turning traffic, I particularly appreciated the Google Aerial photography that could be portrayed on the screen. It immediately gave you some perspective of the nature of the township that you don’t get by just going through the centre on the main road.

The sound from the exhaust pipes added to a feeling of powerful control.

On such twisting roads, with edge line markings coming and going and difficult to keep track of on very tight corners, the lane departure warning system would, at times, indicate that it was not detecting the situation adequately and would therefore not give you any warnings. It was not a problem if the driver gives the situation their full attention but it is something that you could not depend on.

The Audi Q8 combines the elegance of a four-door luxury coupé with the practical versatility of a large SUV. Richly equipped, comprehensively connected and tough enough for off-road duty [Read More]

On this 40th anniversary of the first 911 Turbo , Porsche is presenting the new generation 911 Turbo and Turbo S – the technological and dynamic performance peak of the 911 series at the Frankfurt International Auto Show. Features include new all-wheel drive, active rear axle steering, adaptive aerodynamics, full-LED headlights and the up to 560 hp flat six-cylinder engine with bi-turbo charging . [Read More]