We want to dispel those, tired, old electric car myths. In fact, let’s call it out for what it is: outright lies and propaganda. This week we drove Audi’s new E Tron. 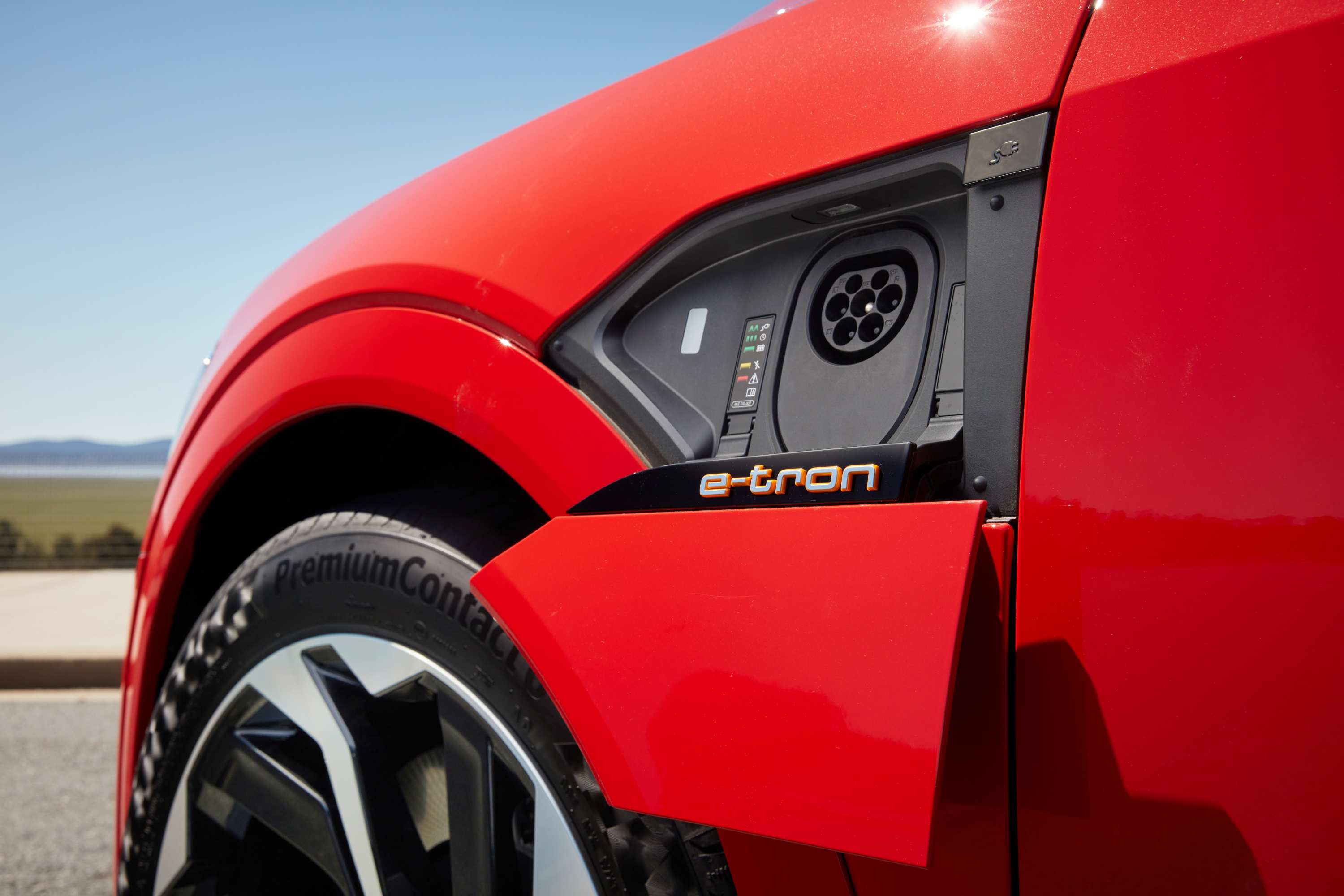 The amount of material recycled from each vehicle, electric or not, varies. In short, EVs are no better and no worse than any other conveyance.

Following that logic, surely the same goes for oil, coal, and gas.

I’ll direct you to a Tesla pulling an aircraft, and leave it at that. Google it.

The Audi e Tron would need an ultra-fast charger every 2 hours, strangely, the same time recommended for a rest on a long trip. That can currently be done, but not easily.

You can choose a wagon, or the “Sportback.” unlike BMW X4 and X6, Mercedes GLE, and GLC. The Audi looks less bloated.

Who will buy the Audi E Tron Sportback?

Anyone with the money.

Audi crafted a sexy new body around their electric drivetrain. It is big, very big, with 21” wheels that should make the ride rubbish, but the ride is sensational.

Inside, the cabin is tastefully restrained. There is high quality leather, veneers of wood and well made plastic. The high-tech motor and battery pack is out of sight, with enough room under the bonnet for a large box for cables.

The driver has 4 LCD screens including an HUD.  The latter has data live-streamed onto the windscreen like a fighter jet. Dials have been replaced by an LCD monitor, with two more LCD screens on the centre stack. The infotainment screen has haptic feedback, and the lower screen fettle climate controls.

The gear stick is a knob under a leather pad. Your hand falls naturally to the ergonomically shaped aluminium bullet, and I love about it is that it isn’t immediately recognisable as a gear device. 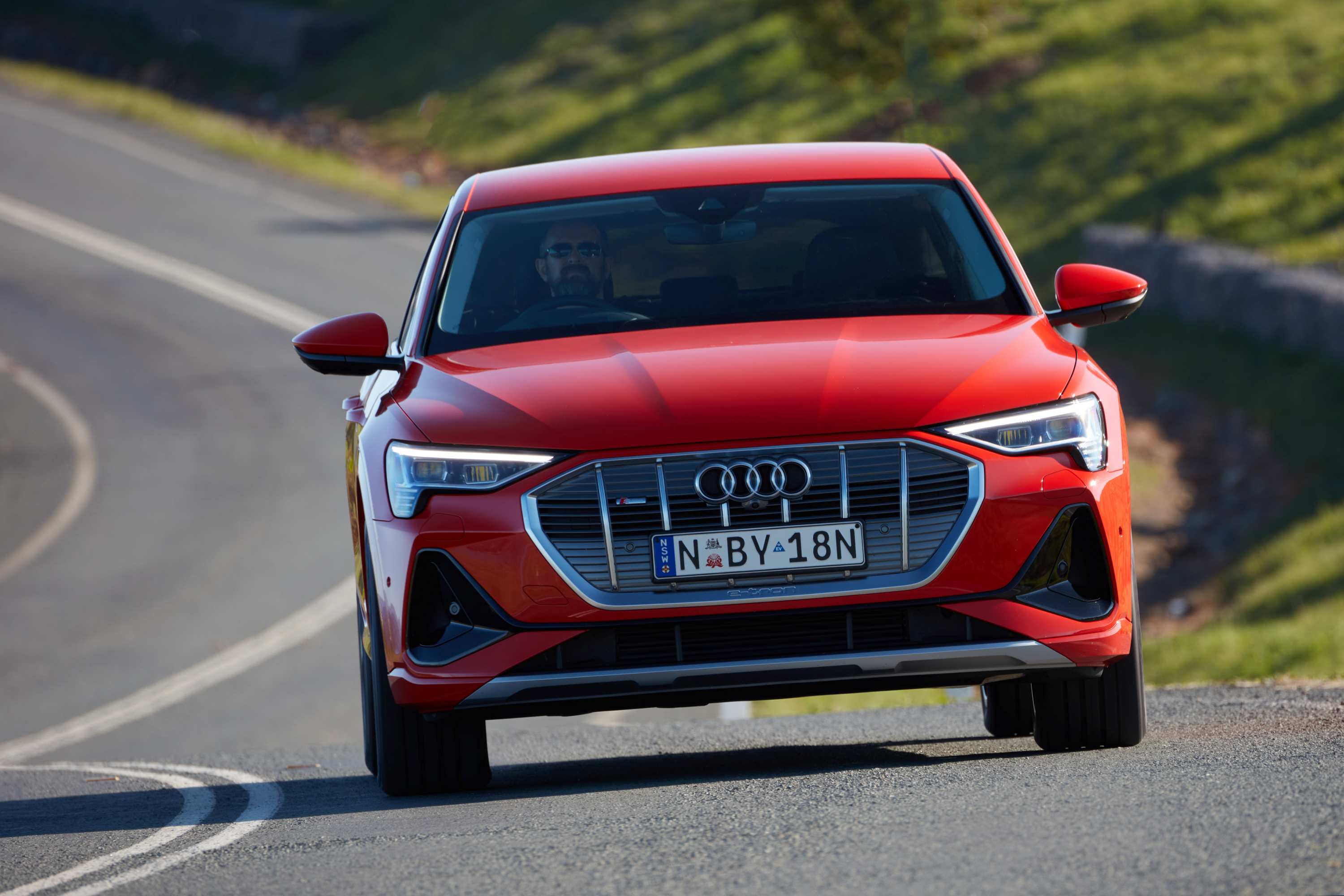 Audi E Tron Sportback is serene and calm, whether on the move or not..

There is no sound except for the slight whine of the electric motor.

Electric door locks allow cabin entry, and the push of the start button awakens the electronics. Lighting throughout gives an ambient glow, adding to the calm atmosphere.

Once direction is selected, you’re then sailing silently the chaos, enveloped by only those sounds you’ve personally selected from the audi menu. There is no AM radio, thankfully.

Air suspension can be adjusted, and I chose the comfort most of the time. Most drivers will probably do the same.

Audi may claim 300km of range, but the best we managed was between 200 and 230km. A heavy foot reduces the range even further. The effect of instant torque is intoxicating.

Every movement of your right foot brings instant reaction. E Tron has E Quattro. That simply means there is a motor for each pair of wheels. The only thing joining them is a cable. 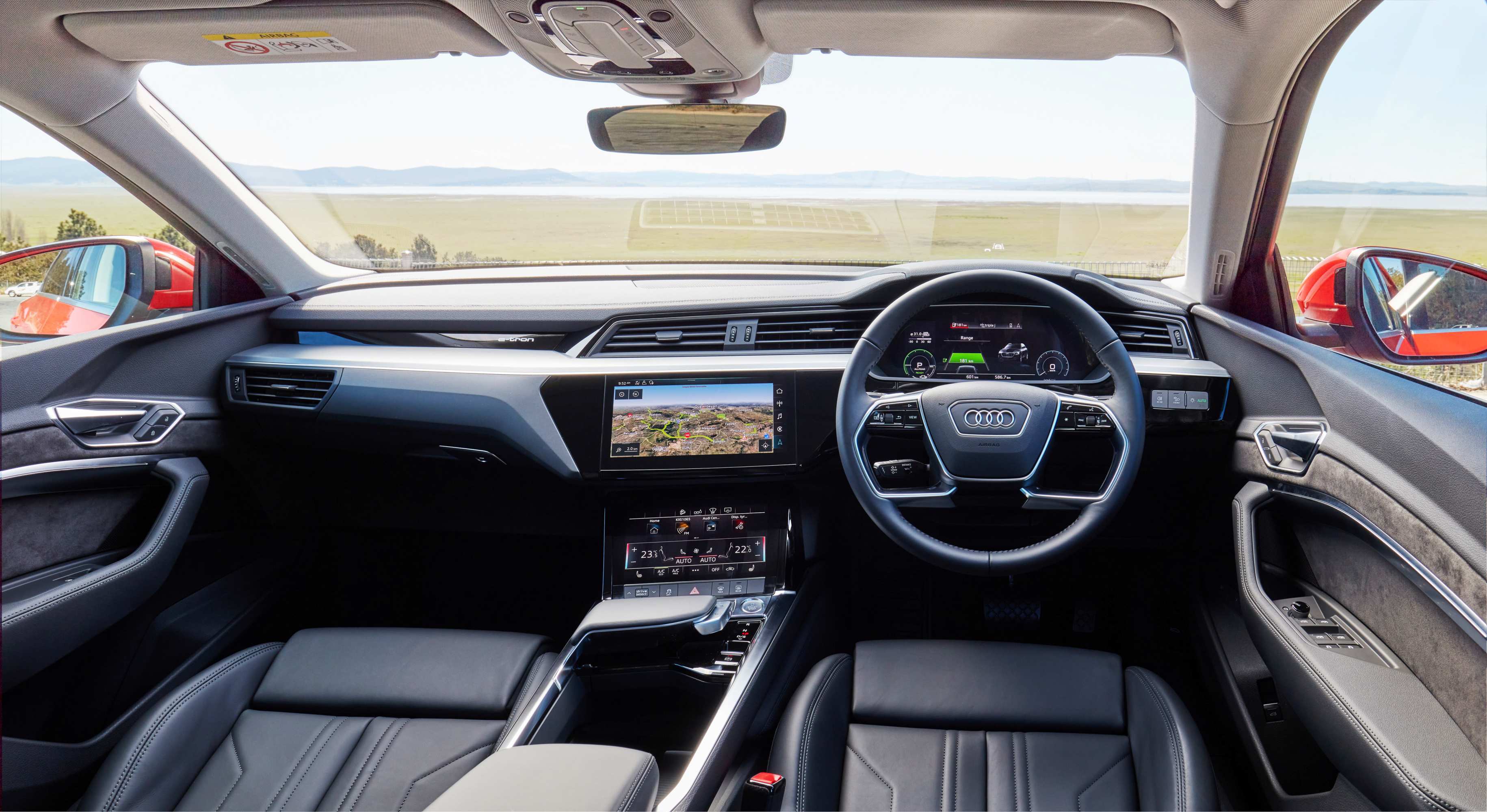 There is no hiding the SUV-ness of E Tron. Clever suspension can only do so much. You change direction without hesitation, and with the batteries down low, there is not as much body roll as you would think.

Steering is effortless, just like everything else about the E Tron. 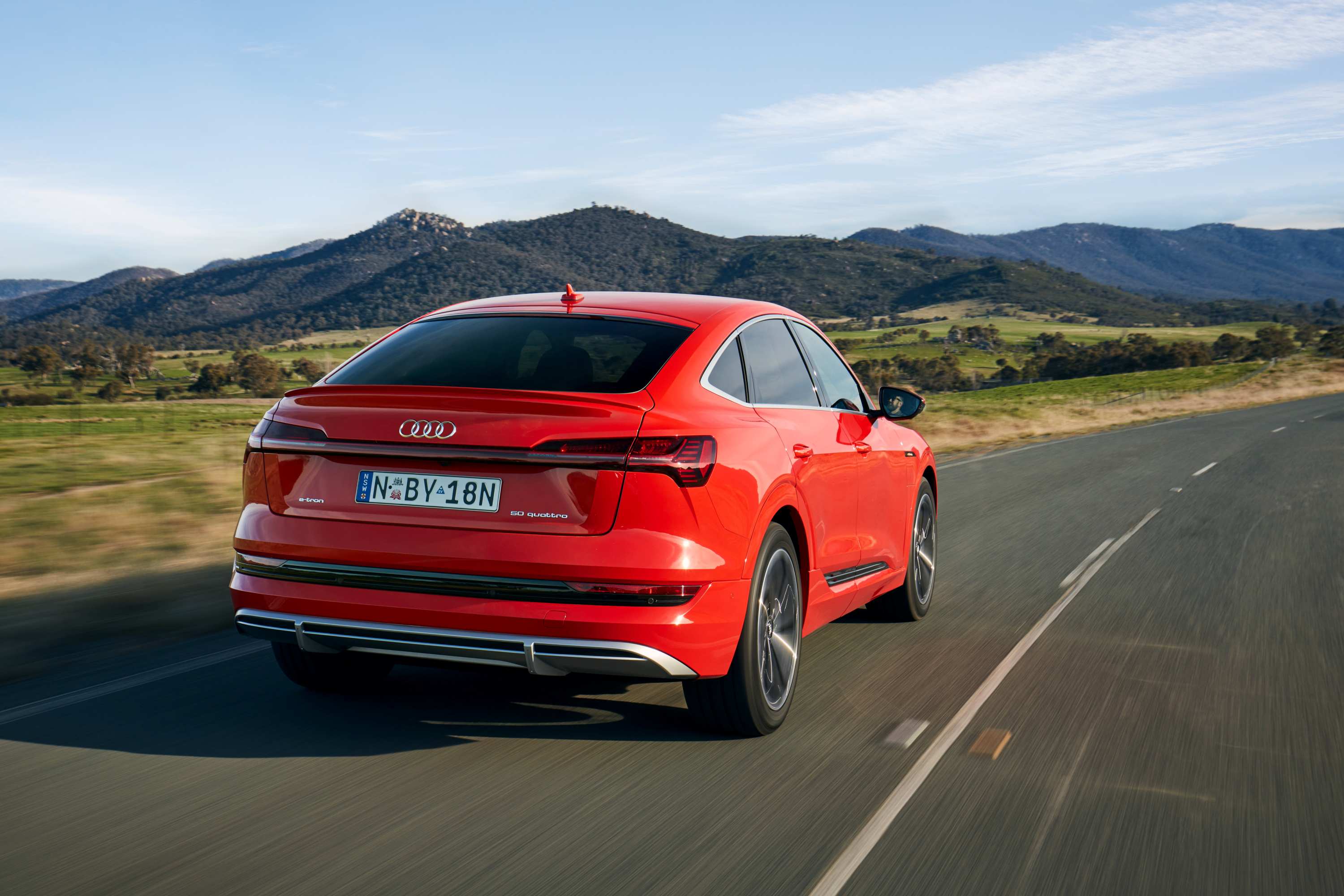 We overnighted at the cottage, and dined at the pub.

We think weekends away is the most taxing adventure E-Tron will be asked to undertake.

A nearby fast charger topped us up, and all was good. Remember, charging at Chargefox is free (for Audi owners) for 6 years.

The BMW i3 Concept Coupe celebrates its European premiere in Geneva, while the BMW i8 Concept Spyder also makes an appearance. These two concept models reflect the current status of the ongoing development process and illustrate the potential breadth of an extended BMW i portfolio [Read More]

New Toyota Yaris has moved right upscale in every department accompanied by a significant price hike compared with the cheap and cheerful predecessor. [Read More]