Audi A3 – While Audi first showed its S3 sedan and Sportback they also have less energetic siblings the A3. There is a choice of two engines a detuned 2 litre called the 40 TFSI and the smallest engine, the 35 TFSI that has a 1.5 litre turbocharge 4 cylinder with a mild hybrid electric technology running on a 48V system. 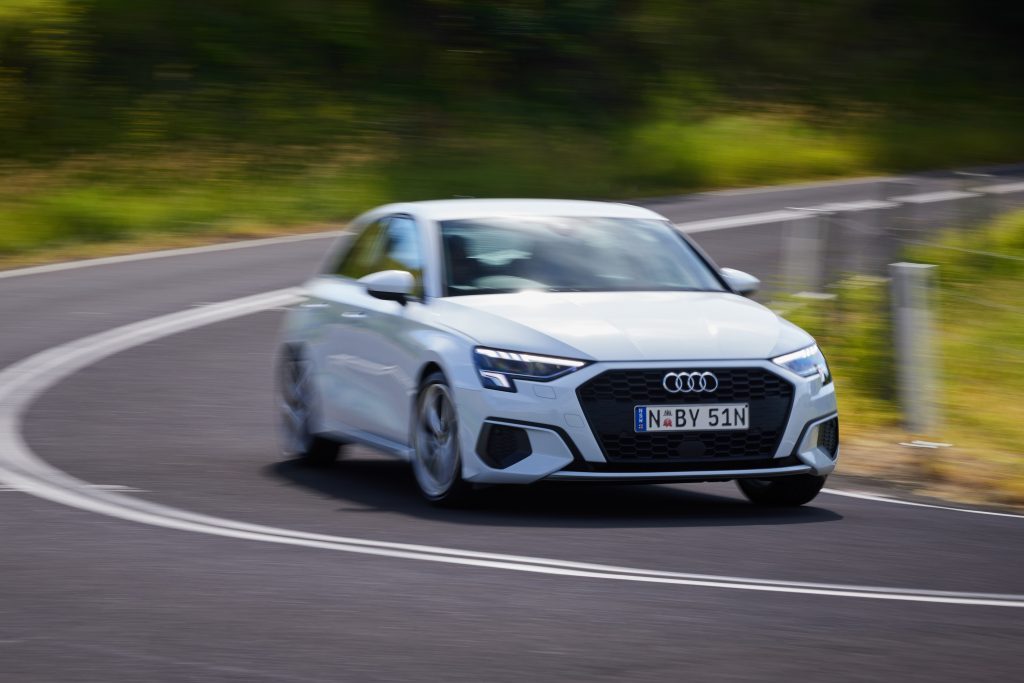 Mild hybrids are hardly noticeable and seem like a lot of effort for the little result but to its credit, the S3 gets 7.4 litres per 100km fuel consumption of 5 litres/100 km.

The dashboard told you when under minimal power it was shifting into two-cylinder mode to enhance it fuel consumption. 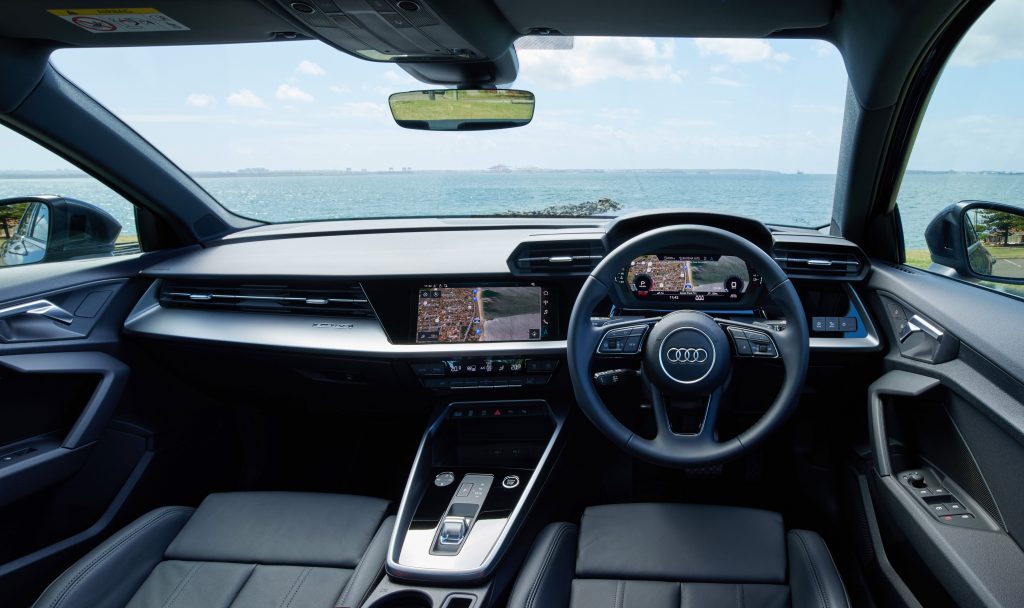 Not surprisingly it was a much more sedate car to drive but it still handles very well. But you were less engaged with the vehicle. The A3 felt a bit like driving by numbers compared to the drive-by feel as is the case with the S3. With little exhaust noise, you are much less conscious of the gear you were in and in fairness you left that all up to the vehicle; using the paddles did not produce the perceptive and precise response that made the S3 such a driver’s car.

Despite the semiconductor bottlenecks, the Audi deliveries in fiscal year 2021 were nearly at the same level as last year, yet Audi registered strong growth among battery electric vehicles. 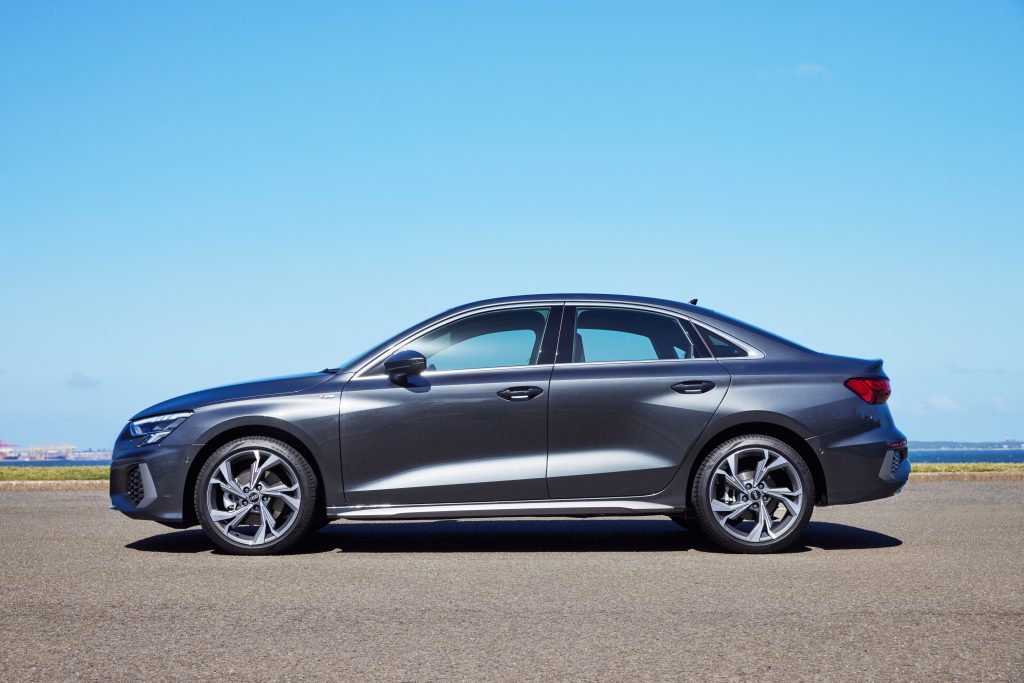 In the first half of the year, Audi increased deliveries by 38.8 percent to 981,681 (707,225) vehicles. The persistent semiconductor scarcity led to production downtime despite intensive control measures, so the continued high demand in the second half of the year wasn’t able to be fully met.

This time last year, due to Covid, Audi had no performance cars coming in, let alone a new R8. Since then, R8 joined RS models and the other sport-coded siblings, and make up 20% of Audi sales. [Read More]

Audi A3 Sportback makes its debut

March 4, 2020 Rob Fraser Audi Comments Off on Audi A3 Sportback makes its debut

The fourth generation of A3 Is now being introduced on the market – sporty, digitalised and fully connected. The first all-new Audi A3 Sportback vehicles are expected to arrive in Australia before the end of the year. [Read More]