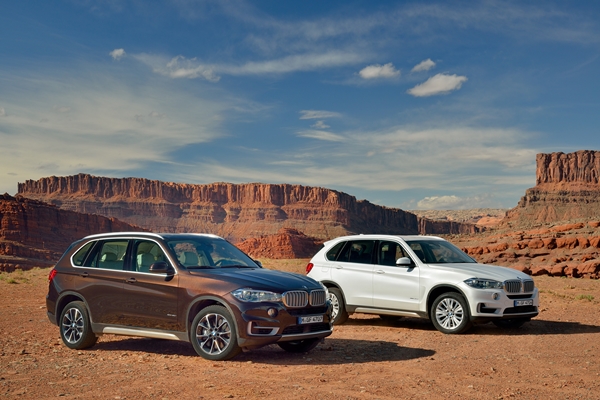 BMW Group Australia has announced pricing and specifications for the third generation of the BMW X5.

When it was first released in 1999, the BMW X5 created the Sports Activity Vehicle segment and shaped a whole new vehicle movement amongst premium vehicle manufacturers. In 2013, the new BMW X5 will raise the standard, presenting a faster, more efficient, more intelligent and highly specified vehicle to the Australian vehicle market.

According to Phil Horton, managing director of BMW Group Australia, competitors have every reason to be concerned about the arrival of the new BMW X5.

“The BMW X5 set the benchmark when it was first launched and has led the segment, both locally and internationally ever since. Today, sales are stronger than ever and we continue to outsell all other competitors,” Horton said.

“This lead will only increase when the new BMW X5 arrives in November. With new styling, future forward technology and a host of new features, the new BMW X5 is a more refined and sophisticated experience.”

The new BMW X5’s smart new styling has a functional edge, with newly introduced Air Curtains, designed to reduce drag, positioned at the outer edge front apron of the vehicle. These stylish new features direct the air around the wheel arches where it creates a curtain of air over the wheels before making its escape through Air Breathers in the side panels.

The new BMW X5 has received a considerable upgrade to its drivetrains for its November debut. The xDrive30d and xDrive50i variants of the new BMW X5 both generate more power than their predecessors and all models available at launch benefit from greater fuel economy and an improved 0-100 km/h sprint.

The new BMW X5 xDrive30d incorporates a range of improvements that offer an even better balance between performance and fuel consumption. The 3.0-litre diesel engine, whose BMW TwinPower Turbo technology comprises VNT turbocharging and common rail direct injection, now develops maximum power of 190 kW (+ 10 kW), and maximum torque of 560 Newton metres (+ 20 Nm). Reaching 0-100 km/h in just 6.9 seconds (– 0.7 seconds), the average fuel economy in the EU test cycle has been improved by 1.2 litres per 100 kilometres– to 6.2 l/100 km, with CO2 emissions of 162 g/km (– 33 g/km).

The BMW X5 xDrive50i now develops 10 per cent – or 30 kW– more power (330 kW) than its predecessor, combined with a 16 per cent reduction in average fuel consumption. The improvement is due to the new-generation V8 engine with BMW TwinPower Turbo technology, which, in addition to twin turbochargers and High Precision direct petrol injection, now also includes VALVETRONIC variable valve timing, resulting in improved response and efficiency. Maximum torque is now 650 Newton metres (+ 50 Nm), which is delivered between 2,000 and 4,500 rpm. The new BMW X5 xDrive50i completes the 0-100 km/h sprint in 5.0 seconds (– 0.5 seconds), and returns average fuel consumption of 10.5 litres per100 km – that’s a 2.0 litre per100 km improvement. CO2 emissions are down 48 grams per kilometre, at 244 g/km according to the EU test cycle. 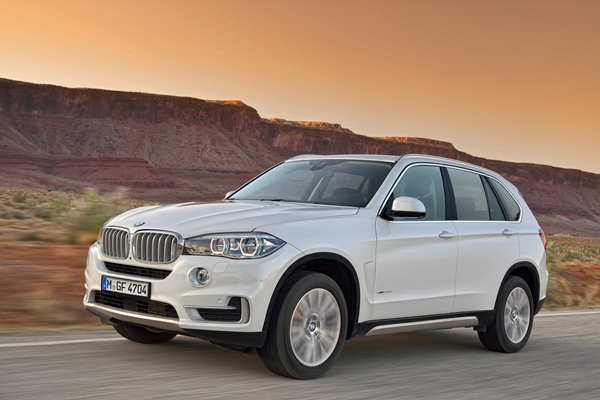 At the top of the model line-up, the BMW X5 M50d also benefits from the latest in technical know-how. This M Performance Automobile retains the 3.0-litre straight-six unit featuring M Performance TwinPower Turbo technology with three-stage turbocharging. And although it has identical outputs to its predecessor of 280 kW and 740 Nm, the 0–100 km/h time of the BMW X5 M50d has improved by 0.1 seconds to 5.3 seconds, and the average EU fuel consumption is down a significant 0.8 litres to just 6.7 litres per 100 km. The C02 emissions have similarly improved and are now at 177 g/km, demonstrating a reduction of 22 g/km versus the previous model.

All engines in the new BMW X5 line-up are combined as standard with an eight-speed automatic transmission, which includes the extremely fast-shifting eight-speed sports automatic version for the BMW X5 xDrive50i and BMW X5 M50d variants.

The entry level to the range, the BMW X5 xDrive30d is packed with features commensurate with a top of the range vehicle and well above that of the outgoing model.

The increase in standard specification for this model versus the predecessor includes an upgrade to 19-inch alloy wheels, BMW Individual exterior line aluminium satinated and the inclusion of a new exterior Design Pure Experience package. 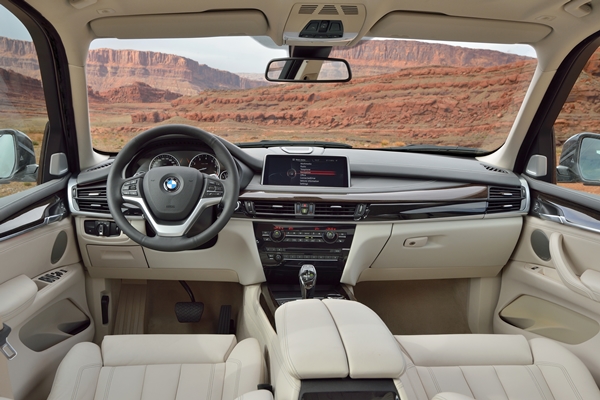 Standard electric front seat adjustment and automatic tailgate functionality further enhance the comfort and convenience of the BMW X5. Also included are the navigation system professional with voice control, internet functionality and HiFi loud speaker system, all of which substantially improve the standard infotainment experience of the BMW X5 xDrive30d.

Stepping up to the BMW X5 xDrive50i not only brings with it enthralling and improved V8 performance, but a host of additional standard equipment which is new to this model variant.

Visually, the increase in specification on this model is clearly notable by the new styling for the standard 20-inch alloy wheels, Design Pure Excellence package for the exterior and standard metallic paint. The internal upgrade on the BMW X5 xDrive50i is even more distinguishable over the predecessor, with one of the interior Design Pure packages included as a no cost option. Ceramic surrounds for the controls and the striking BMW Individual leather instrument panel further enhancing the vehicle’s quality and exclusivity.

The more sporty performance of the higher powered BMW X5 xDrive50i is reflected in the inclusion of the ‘professional’ adaptive suspension package that adds dynamic performance control and dynamic drive to the dynamic damper control and rear axle air suspension.

Further additions to the BMW X5 xDrive50i include adaptive LED headlights, LED front fog lights, surround view and head up display, along with Driving Assistant Plus which includes active cruise control with stop&go.

The driver and occupants will certainly notice the additional comfort and convenience of the comfort access system, automatic tailgate operation and front seat heating, as well as the increased infotainment provided by the harman/kardon surround sound system, internet functionality and DAB+ digital radio.
Vehicle security is also enhanced with the standard fitment of an alarm system.

At the top of the range, BMW X5 M50d receives a similar uplift over its predecessor, with the ‘added value’ list including most of the same features as the aforementioned BMW X5 xDrive50i model. This includes adaptive LED head- and fog-lights, Driving Assistant Plus, metallic paint, Design Pure interior package at no additional cost, comfort access system and enhanced stereo system.

In contrast to the heavily increased specifications for these three new models, the pricing has received only a minor revision.

All new BMW X5 models’ maintenance requirements are covered by BMW’s Condition Based Service program and will be available from 42 dealers around Australia from mid-November.

Mazda CX-5 – The 10-year anniversary has a nip and tuck smoothing over of the front and rear ends, some trim and colour tweaks, and some new wheels. [Read More]

Audi Q2 caused quite a stir when it was first released in 2017, with its distinctive polygonal design style standing out from a lot of more conservative SUVs in its segment. [Read More]