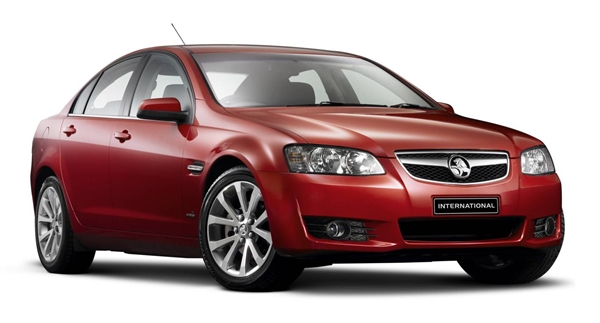 Holden Director of Marketing Philip Brook said the updated offering has been designed to create even more demand for Australia’s best-selling car.

“We think the Series II update to Commodore has made a great car even better by introducing smart multimedia technology, improved fuel economy and the capacity for certain models to run on environmentally friendly bio-ethanol,” Mr Brook said.

“The Berlina International models really build on the success of the Series II range by offering customers yet another smart looking vehicle packaged up with a long-list of features.

“At such a competitive price we expect it to be a winner in our showrooms.”

Now on sale around Australia, the Berlina International can be purchased for the drive away price of $36,990 (sedan) and $38,900 (sportwagon) including prestige paint.

Powered by Holden’s frugal 3.0-litre SIDI V6 which now achieves economy of 9.1 litres of fuel per 100 kilometres (sedan), the Berlina International also features flex-fuel technology which enables customers to run their vehicle on bio-ethanol, known in many markets as E85; a blend of up to 85 per cent ethanol and 15 per cent petrol.

Bio-ethanol is a cleaner burning fuel made in Australia from the waste by-product of wheat and sugar, as well as sorghum, with the potential to eventually be created from household garbage.