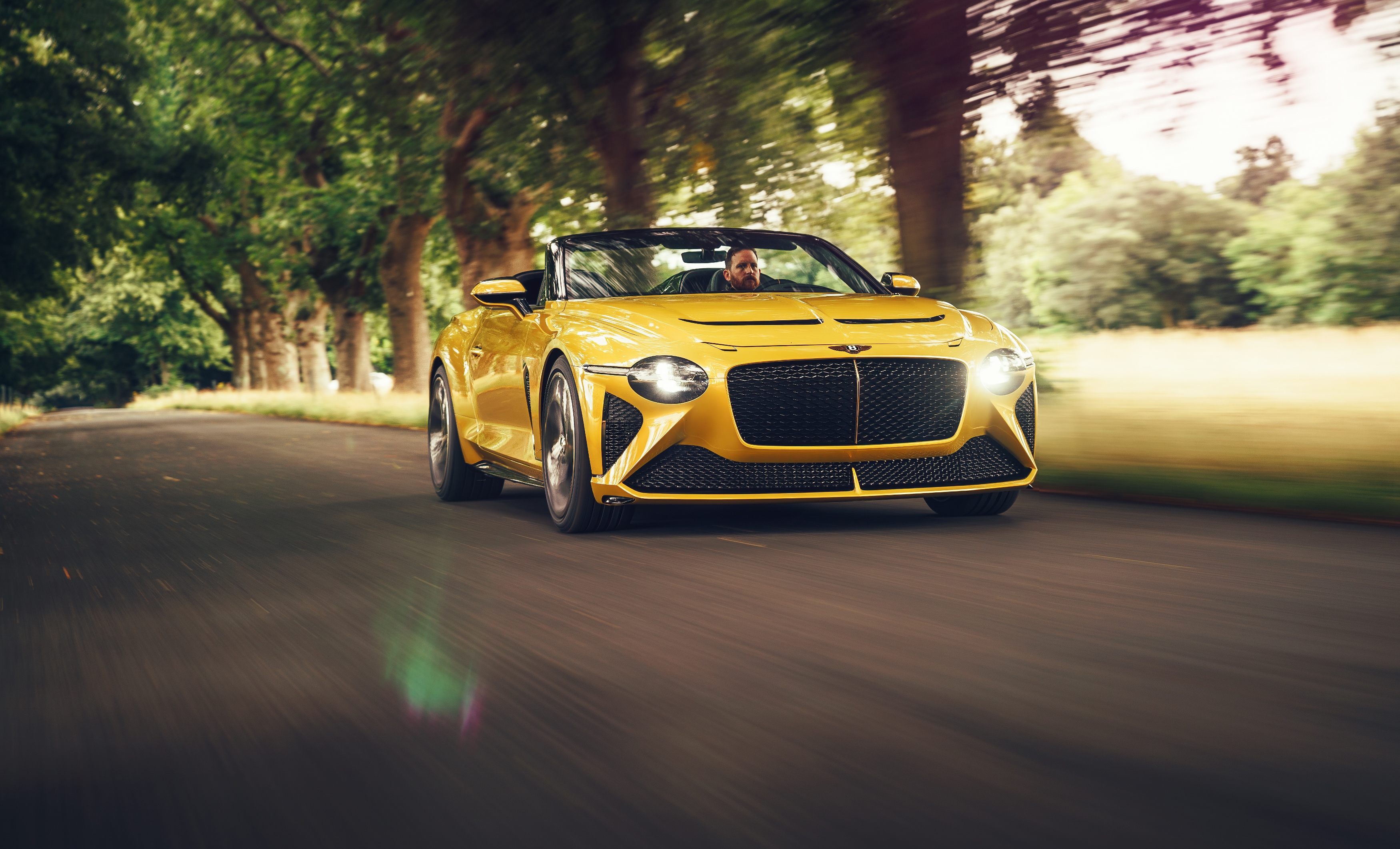 Bentley is set to return to the beautiful grounds of Blenheim Palace from 22 to 26 September for this year’s Salon Privé, to unveil a three-strong showcase handcrafted by Bentley Mulliner.

As Bentley’s in-house bespoke and personal commissioning division, Bentley Mulliner now operates a trio of portfolios to deliver exceptional craftsmanship across the Bentley model range – and beyond. All three portfolios will be represented together for the first time at Salon Privé. A new member of the Mulliner Collections family will be unveiled, alongside the public debut for the Bentley Mulliner Bacalar and a post-restoration debut for one of the most famous Bentleys in history.

The Bentley Mulliner Classic offering was introduced last year with the announcement – at Salon Privé – that Bentley’s 1929 Team Blower was to be reborn with a new build of 12 supercharged 4½-litre examples of the iconic car. These models, each individually handcrafted by a team of specialists from Bentley Mulliner, will form the world’s first pre-war race car continuation series. This subdivision of Mulliner also completed an immaculate restoration of the 1939 Bentley Corniche in 2019, which made its debut at Salon Privé last year. This year, the Classic portfolio will be represented by revealing the stunning result of the last 12 months of work by a dedicated team of engineers and artisan craftspeople in restoring Bentley’s own Team Car, as raced by Sir Tim Birkin – the very car that’s provided the data and blueprints for the Continuation Series. 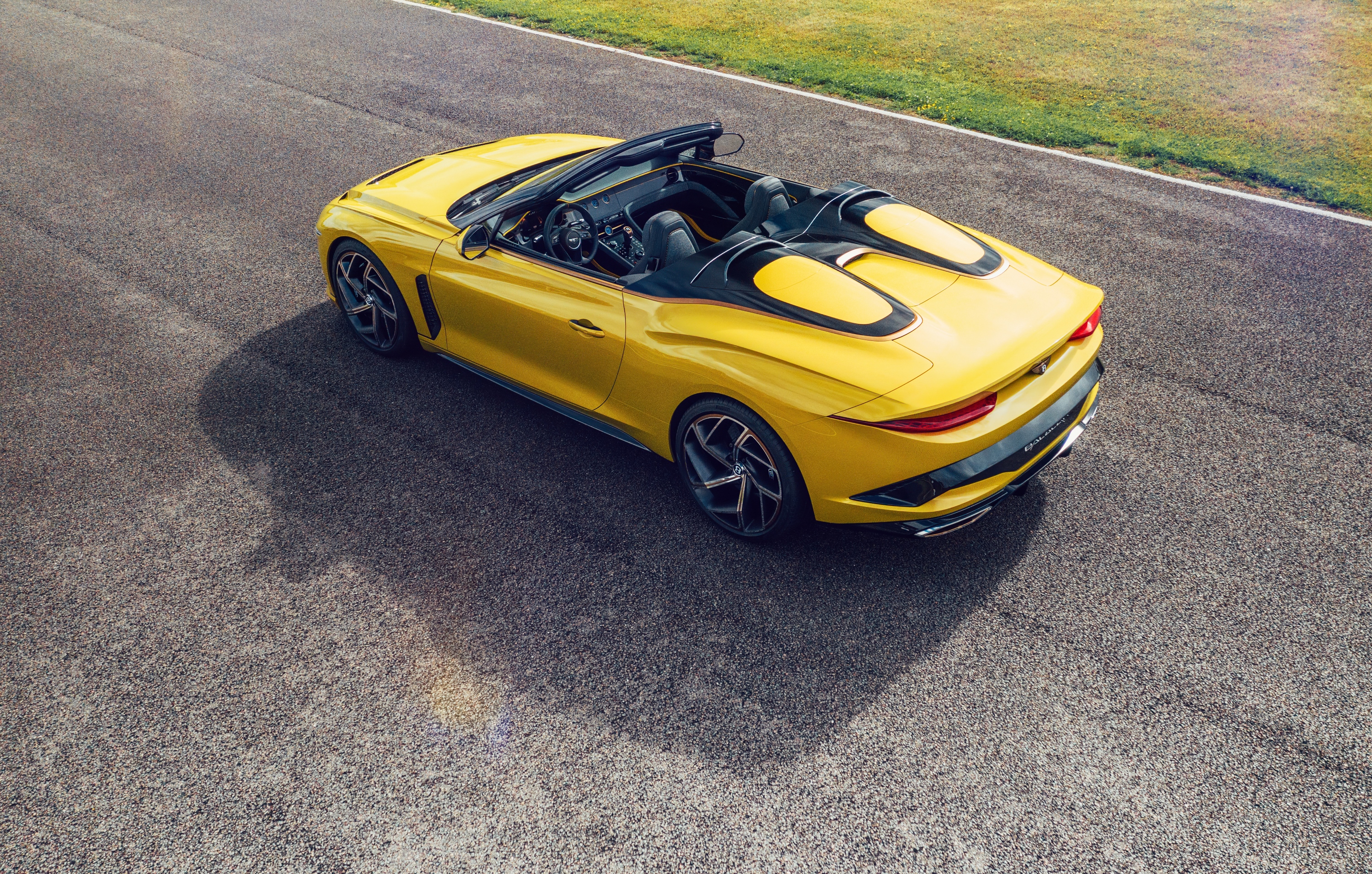 The Bentley Mulliner Bacalar – the rarest two-door Bentley of the modern era, and the ultimate expression of two-seat, open-air luxury – will make its public debut at Salon Privé. This definitive Grand Tourer spearheads a return to coachbuilding by Bentley Mulliner – the oldest coachbuilder in the world. Just 12 examples of this striking, limited edition model are being created, guaranteeing rarity and exclusivity, and offering supreme luxury and breath-taking performance. Bacalar looks to the future of bespoke luxury motoring – each model will be handcrafted in Bentley Mulliner’s workshop in Crewe, according to the individual customer’s personal tastes. The Bacalar is the first car to be created as part of Bentley Mulliner’s new Coachbuilt portfolio.

A roofless Barchetta design with all-new and highly muscular coachwork, embracing a myriad of options and materials, each Bacalar will be truly unique, the result of direct interaction between the Bentley Mulliner design team and the individual customer. A masterpiece of craftsmanship, the Bacalar is a seamless fusion of materials with an intelligent curation of technology. It draws on design DNA from the beautifully sculpted, award-winning EXP 100 GT which was recently crowned ‘Most Beautiful Concept Car of the Year’ at the prestigious French Festival Automobile International and ‘Concept Car of the Year’ by GQ magazine. All examples of the exquisite Bentley Mulliner Bacalar have already been allocated to customers from around the world. 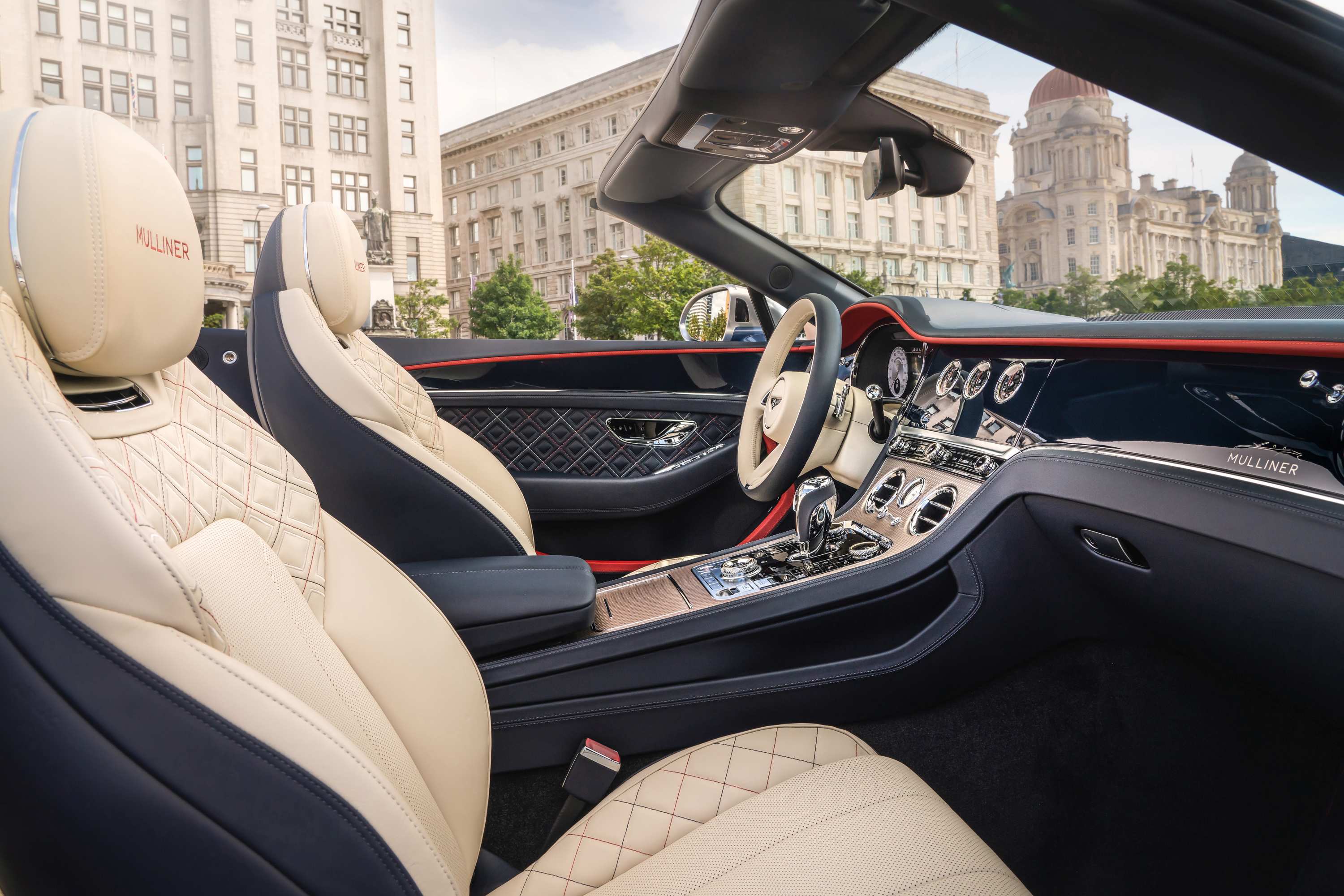 The third branch of the business – Bentley Mulliner Collections – will continue to offer customers pinnacle luxury derivatives of the core Bentley range, such as the new Continental GT Mulliner Convertible, as well as the opportunity to personalise their new Bentley. An expansive number of options is available across the full line-up of current production cars – from unique colour-matched paint, hide and thread combinations, to bespoke feature content. The Collections portfolio will be represented by a new model, due to be announced the week before Salon Privé.

To mark the history of Mulliner, Bentley will also bring two very special cars from the Heritage Collection. Bentley’s own 1930 8-Litre – previously the company car of W.O. Bentley himself, and wearing an HJ Mulliner body – will lead a convoy of modern Bentleys arriving at the event. It will be joined in that procession by perhaps the most iconic Mulliner-bodied car in history – the R-Type Continental of 1952, still considered one of the most beautiful cars of all time. The fastest, four-seat sports car of the era, the R-Type’s iconic beauty continues to influence design today through the Bentley Continental GT. 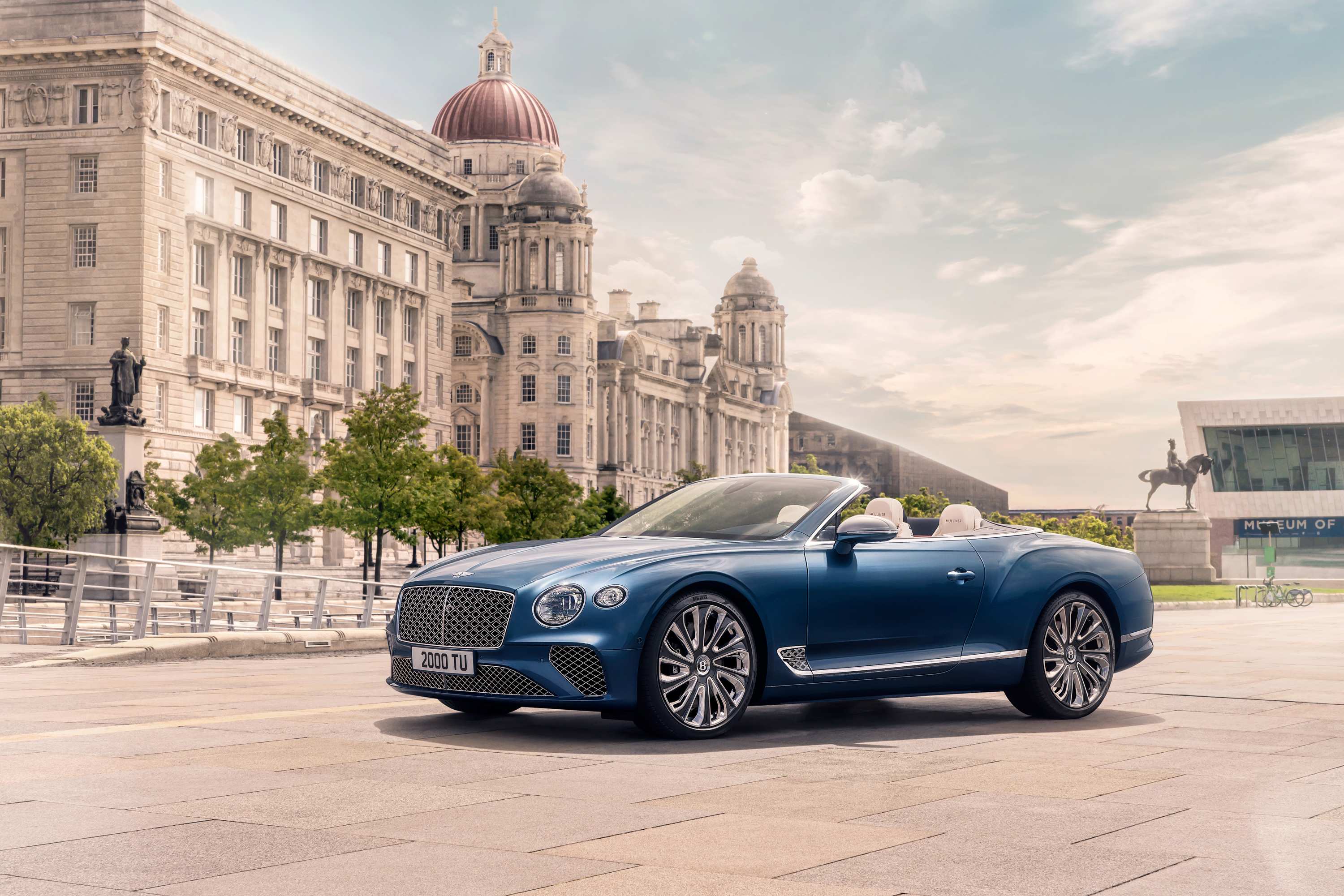 Bentley Mulliner – the Oldest Coachbuilder in the World

The legend of Mulliner is woven into the very fabric of Bentley. The tradition of bespoke craftsmanship has been passed down from generation to generation since the 1500s, when Mulliner was founded as a saddler.

In the 1760s, the Mulliner family business refocused on coachbuilding and rose to prominence when it was commissioned to build and maintain carriages for the Royal Mail postal service. With the arrival of the motor car, the company stepped away from horse-drawn carriages and focussed on coachbuilding for mechanical propulsion.

The then independent Mulliner crafted a bespoke, 3-litre, two-seater Bentley for the 1923 Olympia Show in London, creating a bond between the two companies that would last for decades. Mulliner bodied over 240 Bentley chassis in the 1920s alone and became renowned as the very best of the new coachbuilding firms.

Mulliner cemented its partnership with Bentley in 1959 by becoming part of the business. It later moved into the old engineering experimental department at Bentley headquarters in Crewe and has remained there ever since. Today, around 40 employees, ranging from specialists with over 40 years of Mulliner experience to apprentices learning the skills that have been honed over decades of manufacturing, work for the company.

About Rob Fraser 1485 Articles
Rob Fraser – General dogsbody & Director Rob is the founder of the business. He constantly mutters something about way too many red wines one evening being to blame. Often known for taking the 4WD in the driveway over the sports car, he has travelled pretty much everywhere in Australia and when he is bored goes for a drive. He first learned to drive on the farm in a left hand drive WW11 Jeep when he was 11, and was hooked on 4WDriving way back then. In addition to 4WD he is an avid motoring enthusiast and has maintained a strong interest in the industry ever since his teens. He has owned way too many cars in his time as well. Having previously lived at the top of corporate life he retired in 2000 and hasn’t put a suit and tie on since. Cars are his passion so why not have a business doing what you love he figures. He has towed either a caravan or camper trailer to most parts of Australia, has run guided tours for camper trailers’ and instructed drivers in off road towing.
Website