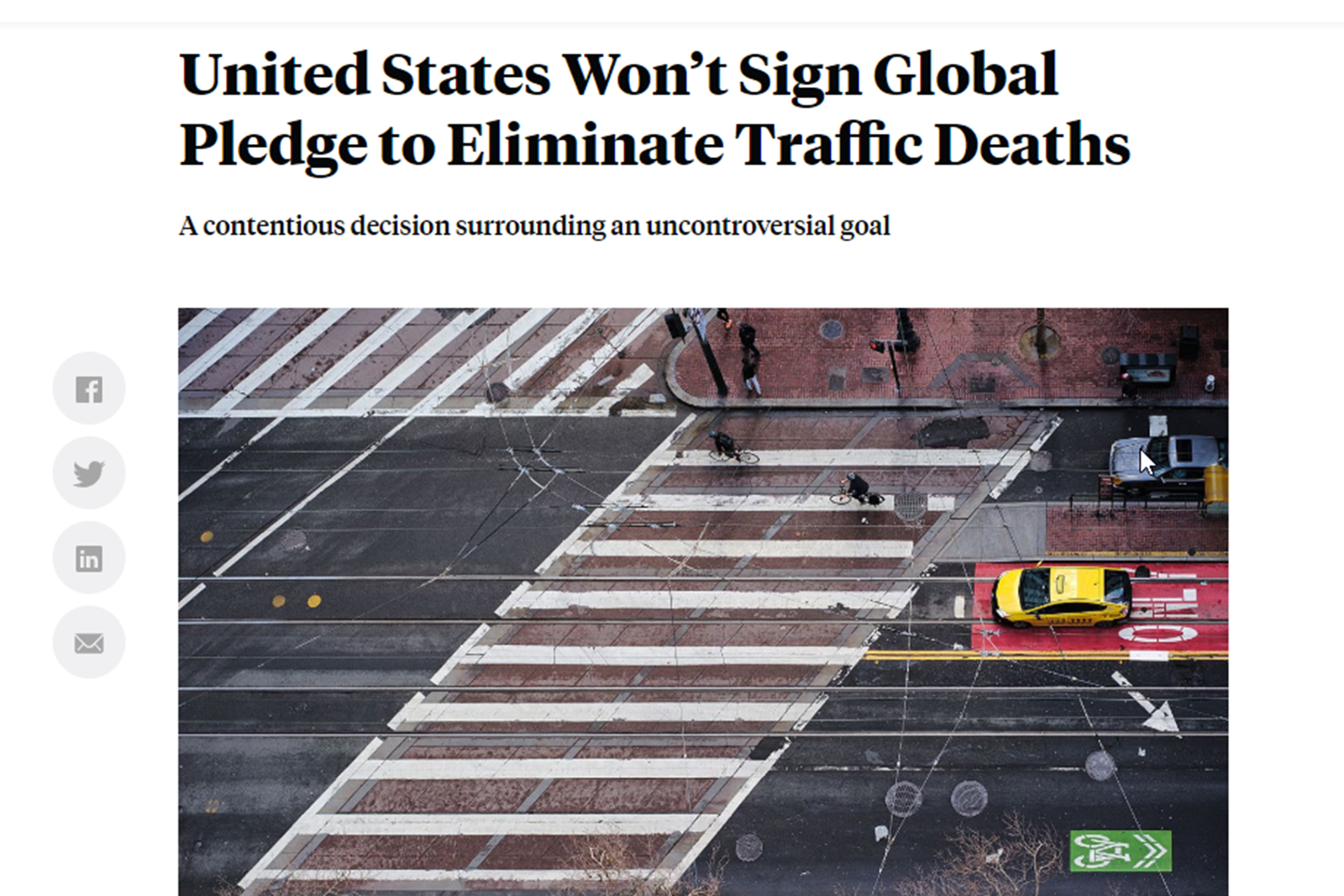 Each year 1.3 million people die around the world as a result of road accidents that’s 3,700 per day and the number of serious injuries is much higher.  David Brown says most world leaders are combining efforts to stop this happening.

Transportation leaders from 140 countries have agreed on an ambitious global target to completely eliminate traffic deaths.

This Stockholm Declaration, aims to reduce traffic fatalities by at least 50 percent over the next ten years, with the goal of eradicating roadway deaths and serious injuries by 2050.

All the countries in attendance endorsed the declaration except the U.S.

In a statement the US dissociate themselves from certain paragraphs that they say “muddle our focus and detract attention from data driven scientific policies and programs that have successfully reduced fatalities on roadways”.

The U.S.’s per-capita road fatality rate is higher than any other member of the OECD and US pedestrian deaths are currently the highest since 1988

How to Prepare Your Car to Handle the Elements

February 28, 2020 Pete Wilson Lifestyle Comments Off on How to Prepare Your Car to Handle the Elements

There are many benefits to owning a car. Getting from A to B, on your own time and on your terms are one. Convenience is another. There’s freedom in being able to jump in and drive, and not have to get crammed in like cattle on a train or tram. [Read More]

The Kia Rondo has set a new standard for people mover safety with a segment-leading five-star result in the latest round of Australian New Car Assessment Program testing. [Read More]