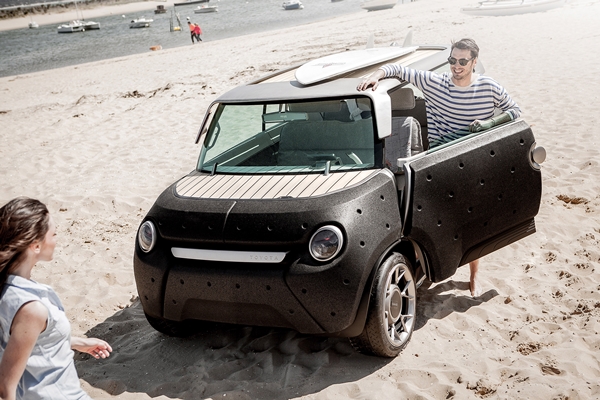 Toyota has broken away from traditional vehicle design and engineering to produce a visionary concept that combines four cars in one.

The innovative Toyota ME.WE can be configured as a small city car, off-roader, ute and convertible, making it adaptable to a wide variety of lifestyles.

The five-seat electric concept car is positioned as an intelligent “no frills” response to the ecological threats posed by mass production and the growth of the global car fleet. 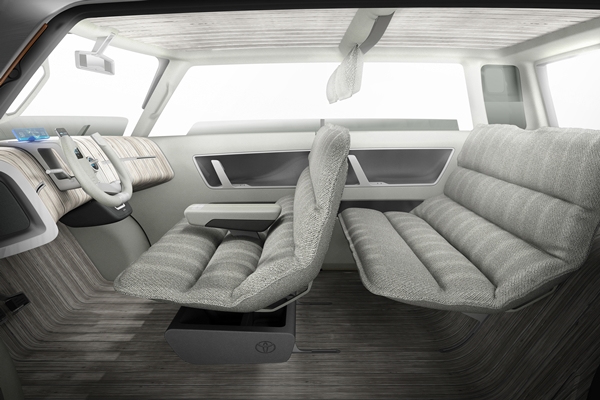 A joint venture between Toyota and leading European industrial designer Jean-Marie Massaud, the car’s name reflects a simultaneous concern for individual freedom (ME) and responsibility towards society (WE).

The goal was “intelligent reduction” – better accommodating the automotive needs of people by eliminating excess in a package that reconciles driving pleasure with environmental responsibility.

The ME.WE uses materials that are lightweight, robust and recyclable – a tubular aluminium structure, body panels made from expanded polypropylene, and bamboo for the floor and dashboard. 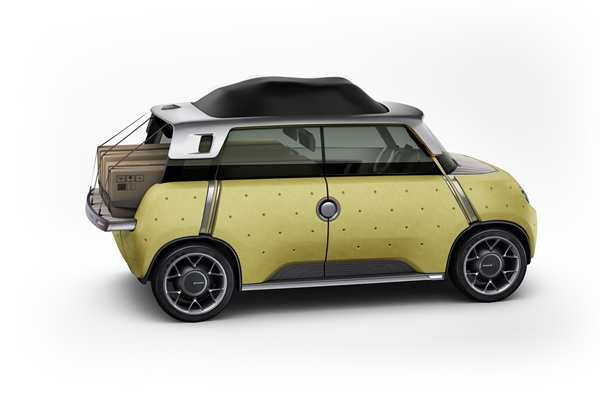 Inside, passengers always take priority over luggage, which can be carried on the roof, protected by a neoprene cover.

The rear luggage space can be extended, transforming it into a platform like that of a ute; the car can also provide the “wind-in-the-hair” experience of a cabriolet by opening all the windows, including the windscreen.

Instruments are limited to a single screen above the steering wheel that indicates vehicle speed, battery charge, trip information and navigation instructions delivered by a smart phone.

The smart phone itself is mounted below the screen and allows occupants to create their own personal environment with music and other apps, as well as controlling the cabin air temperature.

Minimalist bench seats, also constructed from expanded polypropylene, can be removed and used for a picnic.

Simple design is matched by ease of use: it has an electric motor in each wheel like the recently unveiled Toyota i-ROAD and its batteries are located under the floor, as with the Toyota iQ electric car.

The ME.WE provides two or four-wheel drive, giving it the ability to cope effectively with different terrains, some of which may be inaccessible to a traditional car.

But it is much lighter than conventional 4×4 vehicles: Toyota says the Yaris-sized car could weigh as little as 750kg – a minimum weight saving of 20 per cent compared with a conventional car in its class.

The body panels weigh just 14kg – a saving of around 180kg compared with the use of steel.

Expanded polypropylene is strong and has better thermal insulation properties, resulting in less use of the car’s electric heater and air-conditioning system.

Toyota’s European design and development HQ, ED2, and Massaud, a noted architect and inventor, have pooled their expertise and used existing technologies to produce a realistic concept car.

Toyota says the project has enabled it to gain insights into the future of the automobile from the perspective of a non-automotive design studio.

The cross-pollination of ideas and fresh perspectives are an important part of the creative process as Toyota seeks new solutions for better vehicles.

Collaboration with Massaud began in 2011. He said today’s cars have become an accumulation of constraints more than a source of freedom.

“Our lives and needs require more adaptability, simplicity and lightness,” Massaud said. “The car of today should be seen as a personal mobility solution that can deliver more.”

Toyota has emphasised the inherent innovation of the ME.WE by unveiling the concept car in its Paris showroom – Le Rendez-vous Toyota on the famous Avenue des Champs-Élysées – rather than at a motor show.

On display until June 12, it is part of an exhibition showing other aspects of design including models, drawing tables and selected materials.

Toyota says there are no plans for the ME.WE to enter production.