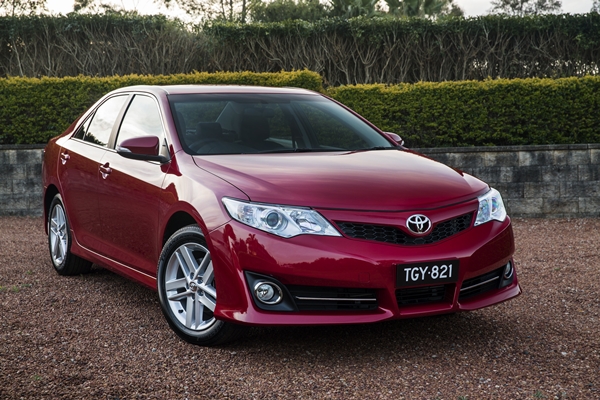 Toyota has released a special-edition Camry Atara R that gains more than $3,000 of safety, performance, comfort and appearance features compared with the Camry Altise on which it is based.

Many of the added features were previously exclusive to the more expensive Atara models, including the front sports bumper and grille, sports side skirts and a dual exhaust diffuser, which boosts maximum power by 2kW.

Its higher specification also includes 17-inch alloy wheels in lieu of 16-inch (including a full-sized spare wheel), front foglamps and a special-edition badge.

In addition to its special-edition features, Atara R is well specified with seven airbags (including driver’s knee airbag), vehicle stability control and traction control, trip computer and eco indicator, and six-speaker audio including auxiliary and USB# input with iPod®** connectivity.

Approximately 2500 examples of the Camry Atara R will be produced at Toyota’s Altona plant, through to the end of December.

Since it was first launched 10 years ago, the Camry Hybrid has been an outstanding success with over 70% of Camry sales in 2019 being the Hybrid version. [Read More]

Toyota has unveiled a facelifted Camry

You know when you’re getting into a luxurious car like the Toyota Aurion, You know it’s going to be comfortable, reliable, sophisticated, refined but what I didn’t expect from the Toyota Aurion was the power. [Read More]