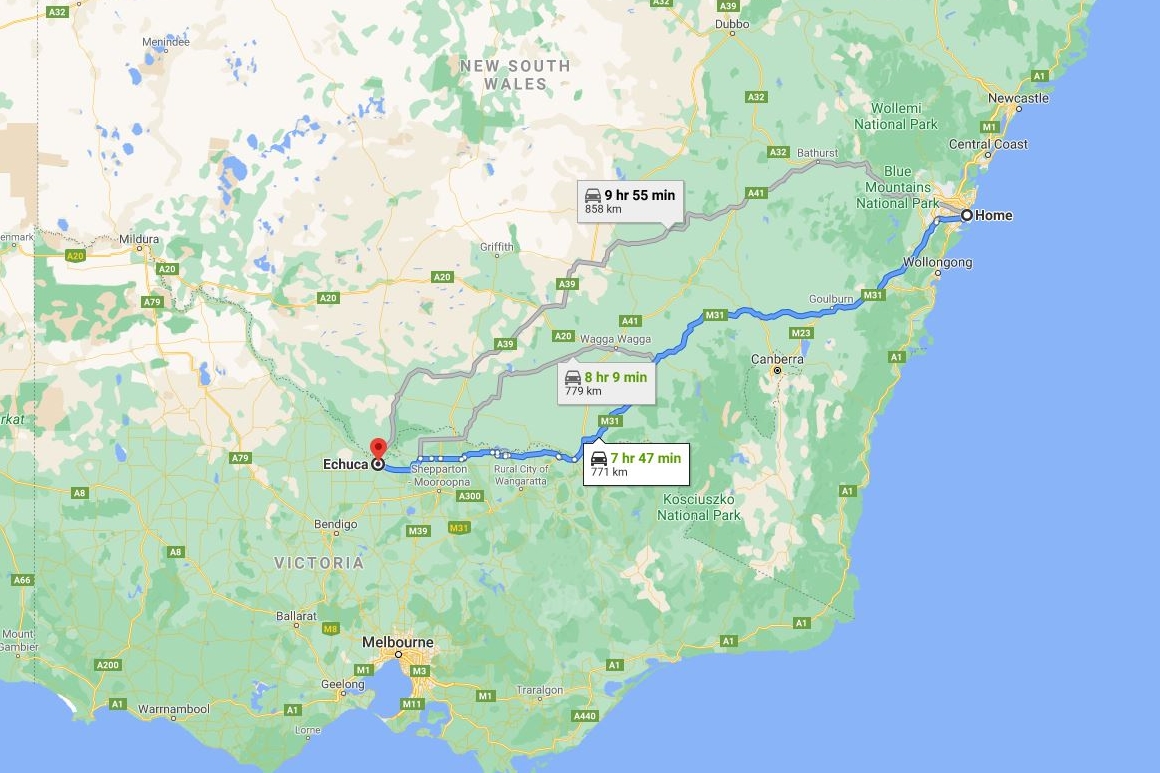 The Murray River winds lazily through some of the prettiest country on the driest continent on Earth, Australia. Echuca is a beautiful inland port, once famed for timber and wool, but now a tourist mecca, especially for steam lovers.

The road South from Sydney once did the same thing. Now, the Hume Highway by-passes all towns, and anything else worth seeing.

The Prado is a old-school large. Toyota released this model more than a decade ago with only small updates in the meantime.

I packed a travel pack full Sandwiches, snacks, and drinks, which were kept cool in the centre console fridge.

What extras has Prado been updated with?

Finally introduced Apple Carplay/Android Auto and DAB. New models get it as a matter of course, and old (in this case VERY old) models wait for an end-of-year update.

The screen on all Prado models is now 9”, with the top two cars getting JBL premium speakers. I was a touch disappointed with the sound. There is a further 9” flip-down roof-mounted screed for the rear. It has 3 wireless headphones.

Rear suspension has air springs, which can raise or lower it to make loading easier.

You sit high, so driving Prado is akin to steering a small yacht. Hydraulic power steering lacks road feel because the noisy off-road tyres as so enormous. Since electric steering is required for active steering features, lane assist is by braking. There is no active blind spot management.

Seats have heating and power adjustment, but after 5 hours massage would have been handy. 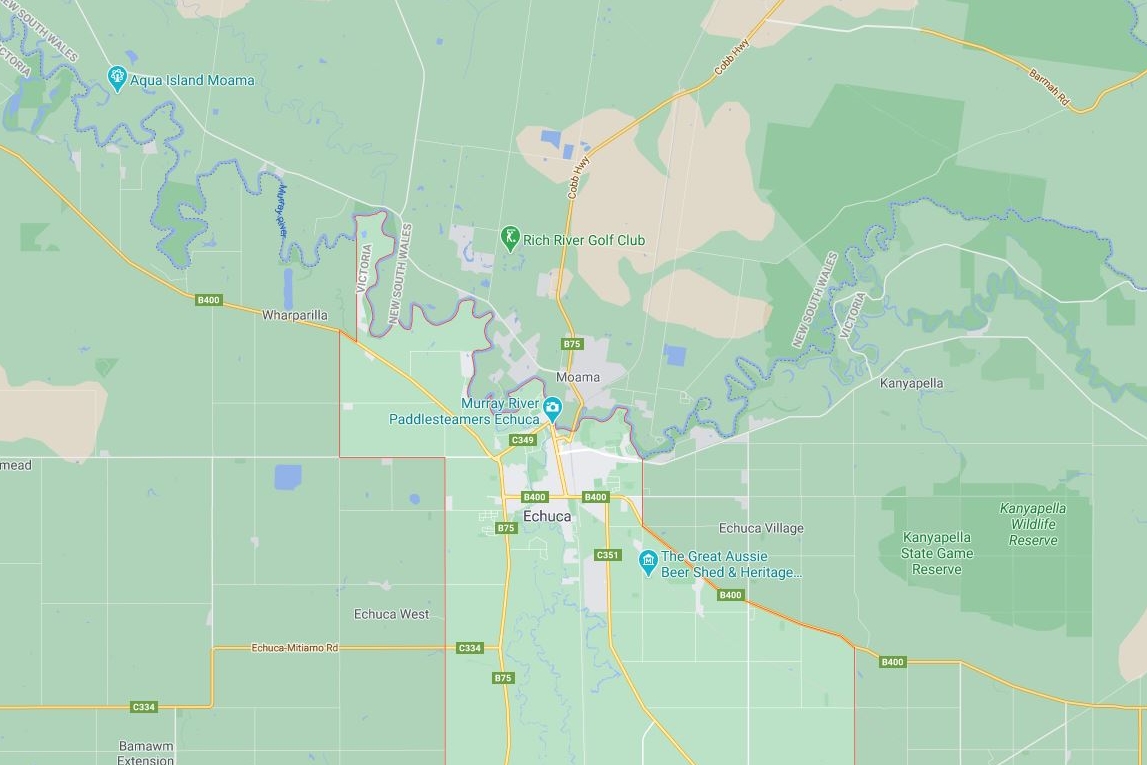 There is a lot of room. Prado is a 7 seater but that 3rd row eats into the cargo hold. I’d love an option to bin them. The spare tyre is outside on the rear door. It means a stonking great second fuel tank. You can opt for an underfloor spare which reduces fuel capacity to 87L

Rear seats have lots of knee room, and have a 3rd climate zone. 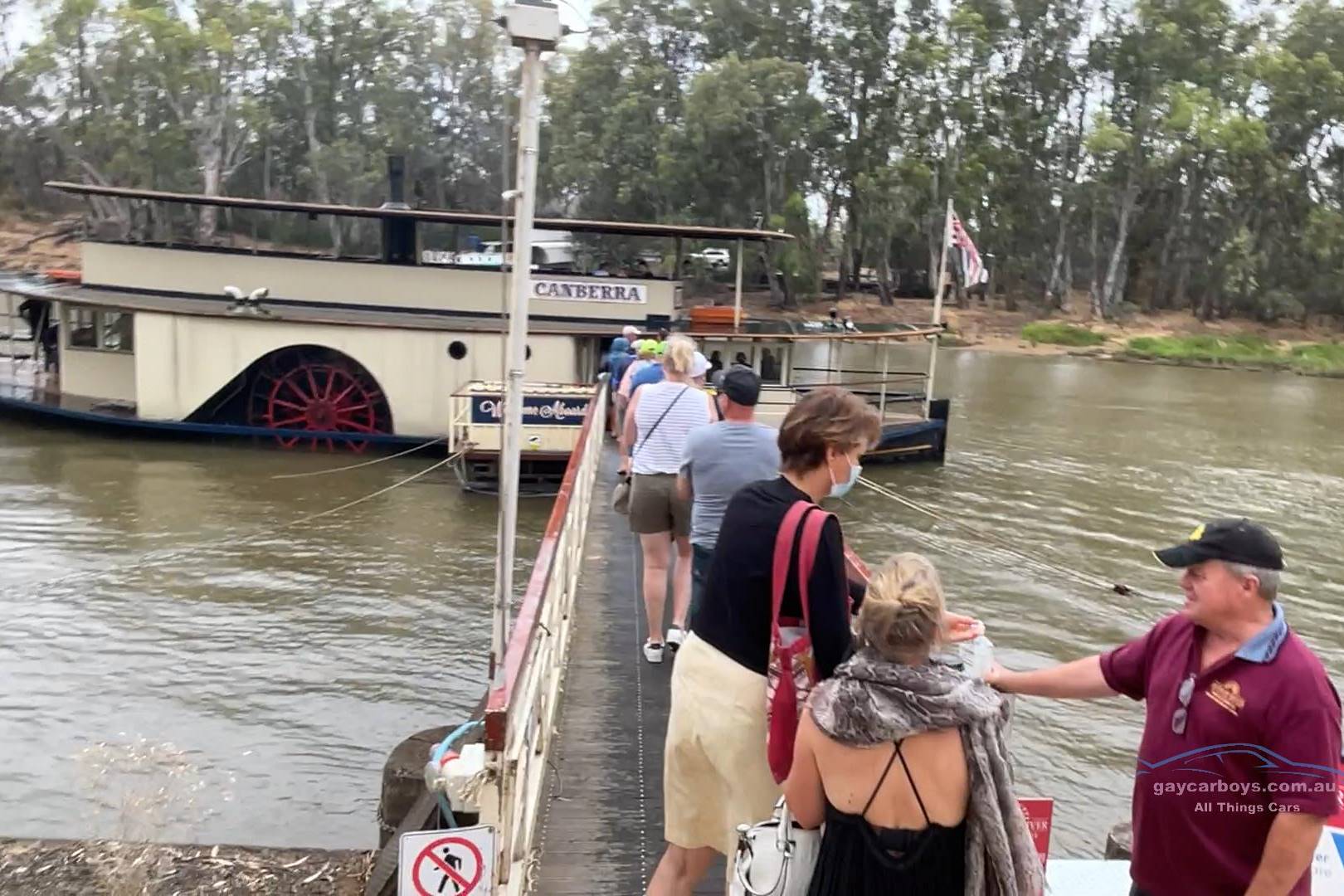 Prado on the Highway?

The driver aids don’t do much to eliminate the tyranny of distance.

I drove for a few hours between rests, and was very tired at the end.

On reflection, off-road tyres are not my first choice for highway touring. Since I’m unlikely to head further off the tarmac than a gravel drive, I’d choose something that has a nicer road feel. Off roaders will like these tyres, and grey nomads will appreciate the pulling power.

Prado is big and bold, and aging gracefully. She can go anywhere, and when set against others in her class, comes out on top when it comes to tackling rocks, dirt and mud. Prado is lagging a little in creature comforts. The drive feels distinctly old-school

The audio should sound better, and the fuel economy should be better in real life situations. 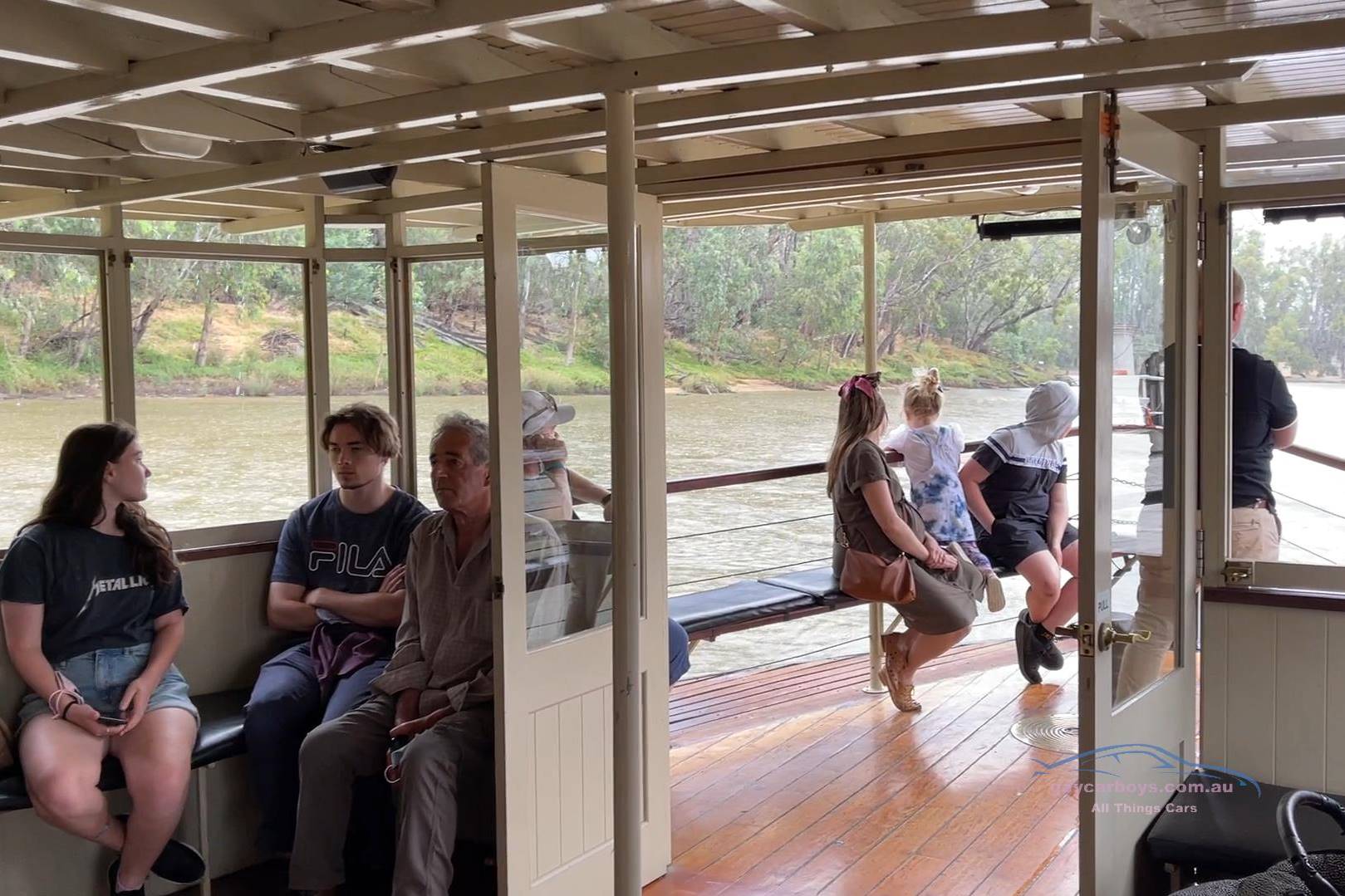 What to do in Echuca.

A mate took me for a quick trip up the Murray on-board the PS Canberra. The Paddle steamer was launched in 1913 and continues now in private ownership. In the old days paddle steamers transported goods from all over the Murray/Darling River system to be used both within Australia and elsewhere in the commonwealth. In those days, much of Australia’s wealth came from sending goods back to “the motherland,” England. The port’s heyday is long gone, like much of the industrial era. Now, Echuca is a tourist attraction in the form of a small living theme park. 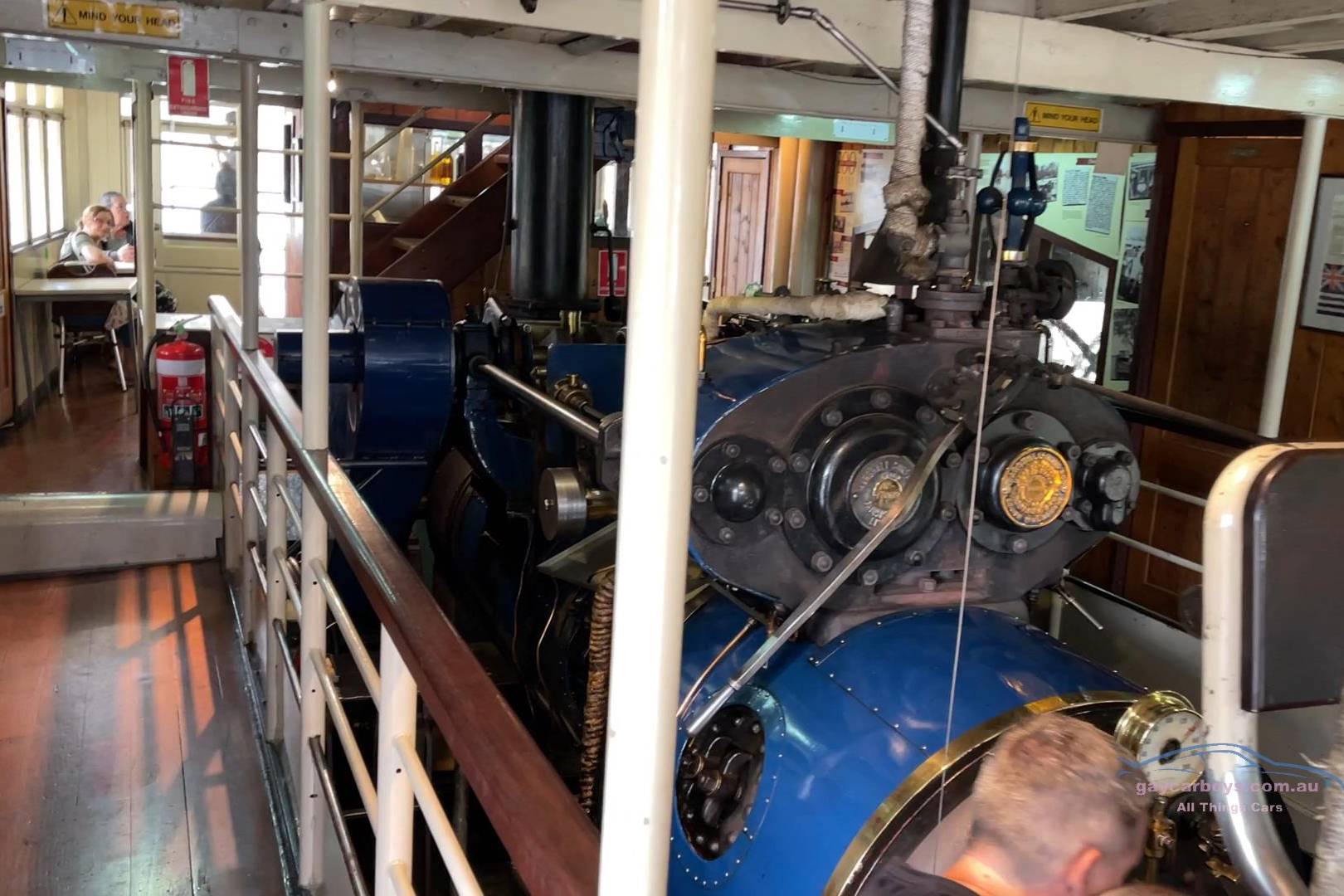 About Alan Zurvas 100 Articles
Alan’s interest in cars began in his early teens and has been a member of several car clubs having owned a number of classic cars himself. He has a background in the corporate sector and has reviewed everything from restaurants to theatre and accommodation before settling on motoring. Alan is the founder of Gay Car Boys and is a contributor to AnyAuto
Website

I recently had the chance to review the Suzuki Ignis GLX SUV. This isn’t Suzuki’s first day at the races. They’ve been making SUVs for years. The original Vitara was a revelation for the industry. [Read More]

LDV T60 takes 10% market share in Ute segment. This could be the headline in 2-3 years if SAIC has anything to say about the market penetration for its new T60 dual cab Ute launched today in Sydney. [Read More]