The Toyota Prado GX 5 seat wagon we are testing here, in some ways is an entry level 4WD aimed more at the real purpose, rather than a family run-around.

Priced from around $61,682 RDAP, the Prado GX auto is an affordable way to buy a genuine 4WD without many of the extras that are nice but not necessary to have. 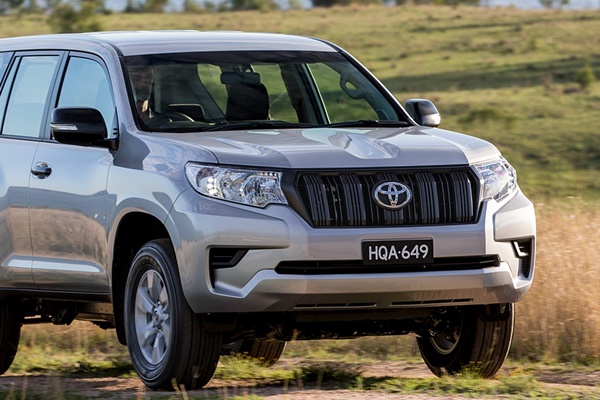 Externally the Prado GX looks the same as the Kakadu, without the fog lights, DRL’s, roof rails etc. It runs on 265/65R17 tyres on 6spoke alloy rims. Recent upgrades has seen he bonnet acquire similar bonnet sculpturing to the LC200 series.

This actually assists visibility. There are some muscular wheel arch bulges and the whole lines actually look pretty good. It also has halogen headlights and colour coded bumpers

Inside the Prado GX there is adequate room for all passengers. The driver’s seat is relatively comfortable, even after a few hours at the wheel. It has manual adjustment and no lumbar adjustment.

I personally dislike the fabric seats. For some strange reason I find myself always pushing back against the seat. I would prefer vinyl, I know I am probably Robinson Crusoe here, but the seats in the GX LC 76 are more practical.

The steering wheel is comfortable and being height and reach adjustable, easy to manoeuvre to a good driving position. It doesn’t have a lot of controls on it, basically having the Bluetooth and audio controls.

One feature I really like, even though other reviewers dislike it, is the simple to use cruise control stalk, and on the manual it’s NOT adaptive, thanks Toyota. The auto ACC thankfully is easy to override.

The dash is clearly visible through the steering wheel with has two large and two small dials with a simple MFD in-between. It tells you everything you need to know and quite frankly as a driver I shouldn’t be reminded of what my economy driving style is.

The central console and stack are well laid out, easy to use and simple. It hoses the 8 inch screen and audio system.  There is a 9 speaker sound system.

The GX doesn’t get satellite navigation, but if Toyota got over their refusal to utilise Apple Car Play and Android Auto, this wouldn’t be a problem.

If you are heading off road there are any number of good 4WD systems, especially the HEMA system for navigation.  Also the screen is a little insensitive to touch on occasions.

Both front and reap passengers have plenty of head and shoulder room. There is enough front seat slide for front occupants.

Rear passengers have a little restricted knee room but overall it is great for four and even five occupants. The almost flat footwell also provides more comfort for the middle passenger.

The rear seats will fold flat on a split arrangement to give a flexible boot area. While not cavernous it is more than adequate.

The best thing Toyota has done is get rid of those ridiculous fold up rear seats, I know not an issue on the five seat GX but just had to rant.

One thing to note is that overall visibility from the Prado is surprisingly good. Over bonnet view is improved, there are great internal and external mirrors and the rear camera is an essential safety feature on all cars.

The other great thing about the Prado is the rear mounted full size spare. No underbody slung spare that gets damaged and useless when you need it most. 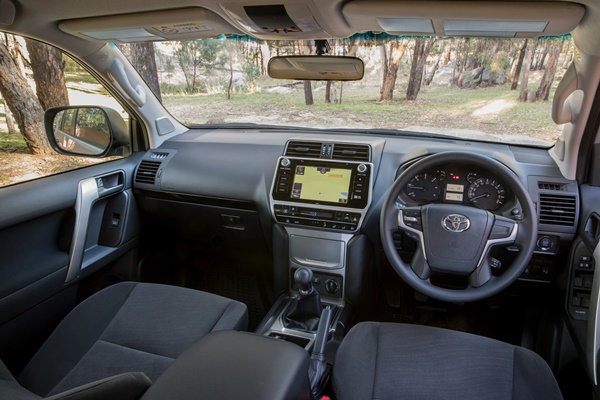 Even though this is an entry level model it still has little features that are welcomed, such as 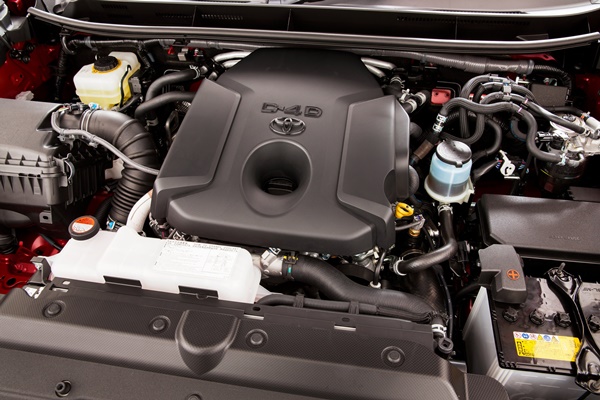 The Prado GX is now offered with the same diesel engine that sits in the Hilux and Fortuner vehicles.

The manual has torque of 420Nm @ 1400rpm. This runs through either a six speed manual or six speed automatic transmission.

This combination of low torque and well suited transmission means that for a relatively large 4WD the Prado is frugal with diesel using just 8.0L/100k ADR.

In real world use, the Prado is certainly economical, especially on the freeway. This will see you getting upwards of 900km out of a tank of fuel.

The manual GX will tow 2500kg and the auto version will tow 3000kg. The recent engine power upgrades have enhanced the Prado’s towing ability.

It still isn’t a powerhouse, but the available torque low down allows relaxed cruising. Just don’t try to win any traffic light derbies.

Having said that the Prado makes a pretty good tow vehicle both on and off road and the trailer sway control greatly assists the driver. 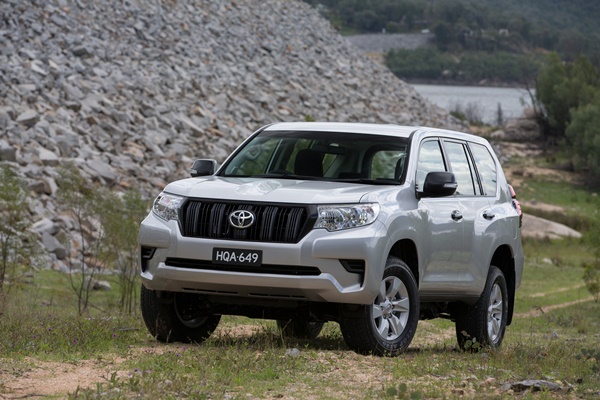 Off road the Prado is a more than capable performer. We have driven them, including the GX, on sand, firetrails, in the desert, on the farm, along tight4WD tracks, just about everywhere.

They simply don’t let you down and the reliability is awesome. The recent engine upgrades also help with towing, both on and off road. On road the Prado has good ride and handling for a 4WD, better than most 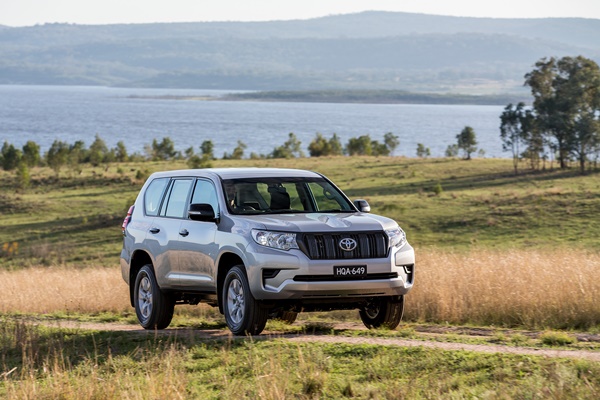 The Prado GX has an:

Safety is still a strong feature with the GX Prado with:

There is no blind spot monitoring, but the external rear view mirrors are a decent size and easy to electronically adjust to get the best view, that should negate the need for BSM.

So there it is. The Toyota Prado GX 5 seat 4WD wagon.

It could be the 4WD enthusiasts are looking for.

It is affordable, has genuine 4WD capability, can tow 3000kg, is economical, has an abundance of aftermarket accessories for it and has Toyota’s legendary reliability. 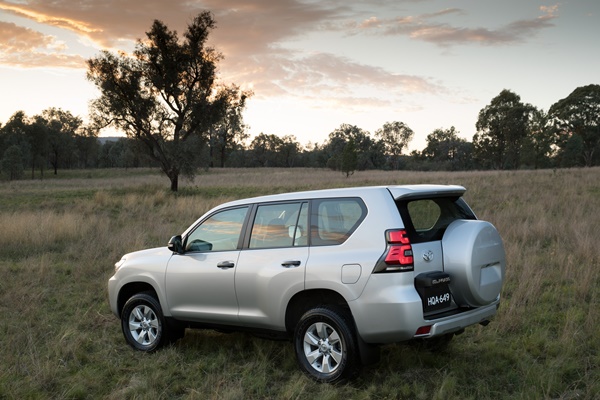 Toyota Corolla, what can be more synonymous with the Toyota brand in Australia. In years gone past it was Australia’s top selling car by far, [Read More]

We reviewed Corolla many times, and each time it gets better. There are 3 models with either a petrol or hybrid drivetrain. Manual is only available in the base petrol model: Today we review the ZR Hatch [Read More]