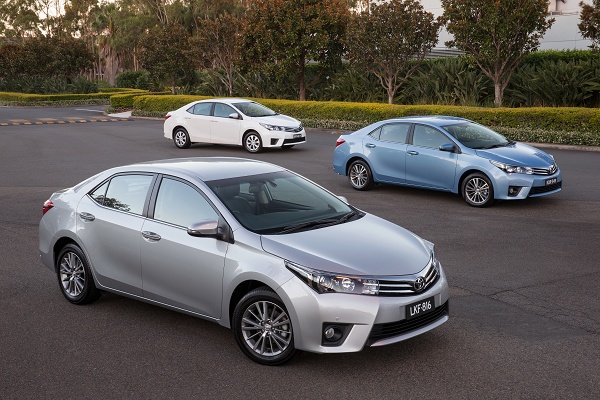 This week has been a very big one for Toyota. Along with the highly anticipated launch of the new Corolla Sedan, Toyota has regretfully announced it will no longer manufacture cars in Australia as of late 2017. After 50 years in Australia, Toyota’s President and CEO, Mr Akio Toyoda announced the “simply heart-breaking” decision recently.

It is rather ironic that this announcement happens to coincide with the Corolla launch, considering that in 1994 it was the first ever vehicle to be manufactured in the Melbourne Altona plant. During the Corolla launch I was able to speak openly and informally to many Toyota staff, in particular Tony Cramb – the executive director of sales and marketing. He spoke about the thought and effort that went into this decision and reiterated Toyota’s support to those who will be directly and indirectly affected by this decision. What I can tell you is that this has been an emotional decision for those involved on every level. Even with an estimated 2,500 employees being directly affected, the commitment to these employees is personal and individual. This decision marks an end of an era for Toyota, however Mr Cramb is confident that the company will come out the other side stronger. 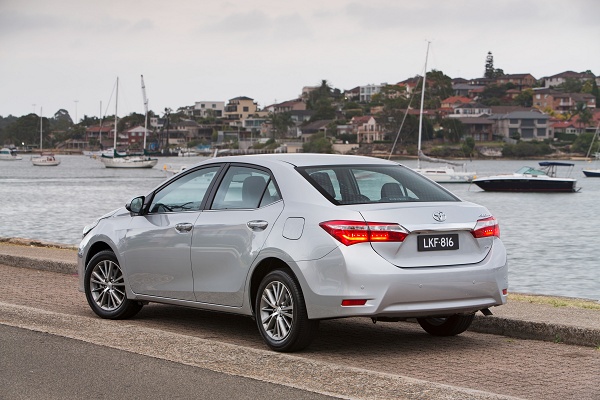 Now that the issue on everyone’s minds has been addressed, let me re-direct your attention to the reason for my recent visit to Launceston. While Toyota is experiencing the end of an era, they’re also revitalising an iconic piece of Australian motoring history. The launch of the new Corolla sedan brings the range into its 11th generation after its initial launch in 1966. The Corolla holds a special place in Toyota history with over 40 million global sales, of which 26 million are still in use today. In Australia, sales figures have surpassed 1.25 million, accounting for one in five Toyota vehicles ever sold in this country. Manufactured in 16 plants and sold in more than 150 countries, it’s no surprise the Corolla is the best-selling vehicle of all time.

As a first impression, the Corolla sedan is very appealing. Global Chief Engineer, Mr Shinichi Yasui, said the focus of the new design was to elicit more emotion and follow the Japanese ‘Waku-doki’ philosophy. The overall new design can be classified as “modern-prestige”. An angular grille, curvaceous bonnet and streamlined headlights combine to create a distinctive exterior. Available in six exterior colours, my pick of the bunch has to be the powder blue. 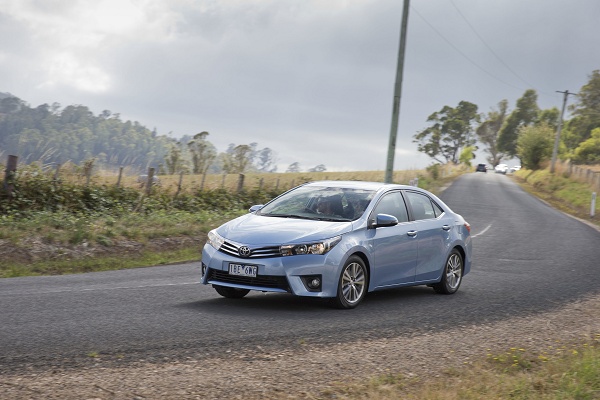 Interior wise, the Corolla does nothing to offend. The base model features the three dial driver dash while the SX and ZR feature a two dial and large driver information display. The central dash houses air-conditioning controls (manual for Ascent and SX, digital for ZR, however it does miss out on dual climate control) and Toyota’s new entertainment system – Toyota Link. Offered in the SX and ZR the Toyota Link system is a first for Toyota and features destination download, fuel finder, local search function, weather information and Toyota Help. The ZR also features a satellite navigation system. 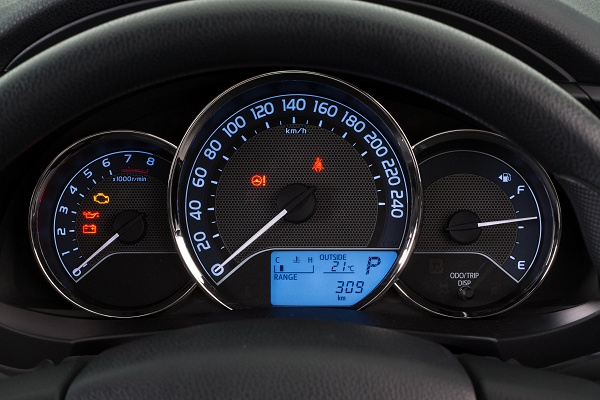 While the dash itself is well-laid out and visually appealing, it is rather bulky and large in depth, creating a slight imposing feeling for the passenger. The steering wheel design is also a little outdated, however it is true to Toyota style. Maybe next model there will be a bit of a styling upgrade in that department. The seats are very comfortable and the added squab length is a bonus. The whole range features reversing camera, parking sensors, 6 speaker audio system with USB and AUX input and Bluetooth connectivity. Storage wise the centre console and glove box are adequate, all four doors have 1.5L bottle holders and the boot space has increased by 20L to a generous 470L capacity. The wheelbase has increased by 100mm, with 75mm of that devoted to increasing the front-rear seat couple distance to 960mm. This translates to what has to be class topping rear leg room. This sedan really is capable of transporting 5 people in comfort. 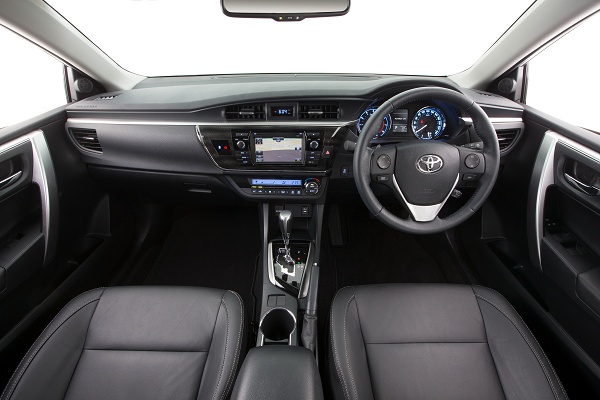 The drive program for the Corolla launch took us from Launceston through some beautiful Tasmanian countryside to Devonport and back. On our journey to Devonport I was able to drive the top of the range ZR. This model is only available with the 7-speed automatic transmission. On the return journey I was able to test the mid-range SX, also the automatic. This transmission is obviously a huge step up from the 4-speed it replaces and rewards the driver with seamless gear changes and the option to switch into manual mode with paddle shifters. The 1.8L engine provides access to instant power, even when at higher speeds. There is never any question as to the ability to overtake. An eco-mode badge on the driver’s dash indicates when you’re driving ‘economically’. For the ZR we recorded 7.9L/100km and the SX at 7.3L/100km.

Toyota anticipates that the base model Ascent will account for 75-80% of sales. Unfortunately I did not have the opportunity to jump in one of these, but rest assured, I will grab one for a test drive in the coming few weeks. 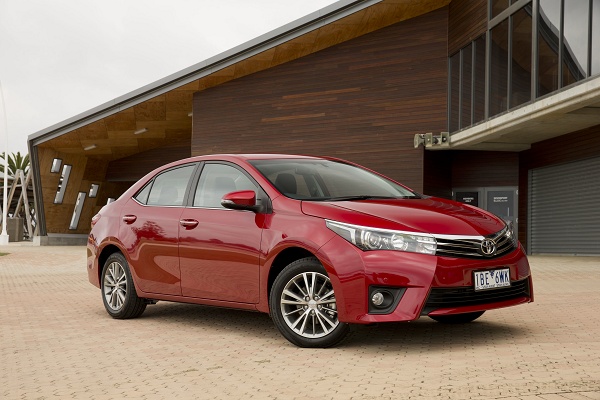 The roads we drove on provided us with ample opportunity to put the Corolla Sedan through its paces. The drive was very quiet, smooth and the Corolla proved itself to be very sure-footed. When travelling around corners, the Corolla felt very planted in its stance and it was not easy to upset. Local Australian tuning is evident and helps provide an overall enjoyable driving experience. There is very little road noise in the cabin, more power than expected (especially when overtaking) and comfortable handling.

Safety wise, the Corolla sedan range features 7 airbags, ABS with EBD and BA, VSC and TC. The top of the range ZR also features self-levelling LED headlamps. Price wise the Ascent comes in at $20,740, SX at $22,990 and the ZR at $30,990*. The 7-speed Multi-drive auto transmission is an extra $2,250 for the Ascent and SX and is standard on the ZR. Buyers also have peace of mind with $130 capped price servicing for the first 3 years. 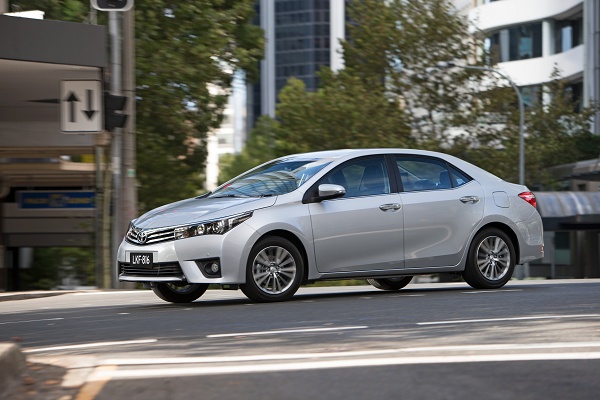 Overall, the new Corolla Sedan range provides buyers with a confident and capable car choice, equipped with many features as standard and all under the trusted Corolla name. Over the past 48 years, the Corolla name badge has become synonymous with quality, durability and reliability. The new range features a more involving drive, expressive exterior and all the modern updates. Every family has a Corolla story and the new range is well and truly up to the task of carrying on the ingrained Australian legacy.

*all prices are MLP and are subject to on-road costs.

Audi has released the S4 Sedan and S4 Avant or wagon continuing their tradition of sports wagons.  The stylishly redesigned models are powered by a 3.0-litre turbocharged V6 engine that produces 260kW, and peak torque of 500Nm available from as low as 1370rpm. [Read More]