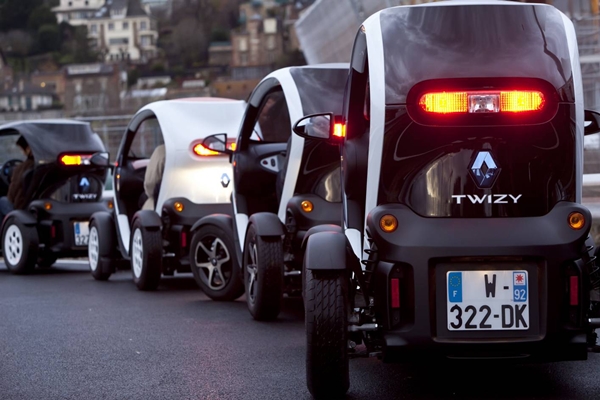 In an effort to demonstrate the credibility of Renault’s offering in the electric vehicle market, Renault has opened the Renault Z.E. (Zero Emission) Centre in Boulogne-Billancourt, France, Paris, the first electric vehicle education and experience centre to be opened in Europe by a vehicle manufacturer. The Renault Z.E. Centre was officially opened in late December by Carlos Tavares, Chief Operating Officer of Renault, and Pierre-Christophe Baguet, Mayor of Boulogne-Billancourt. Its aim is to share the Z.E. experience with all visitors in order to demonstrate the credibility of Renault’s offering and the relevance of Renault’s leadership ambitions in electric vehicles.

The Renault Z.E. centre is based on the concept of a customer journey. Visitors enter the reception area and are given a comprehensive briefing on the electric vehicle world; including the vehicle, battery, charging infrastructure and new services. This is followed by an educational tour of the showroom and an opportunity to test drive Kangoo Z.E., Fluence Z.E. and Twizy (pre-production) on a test track dedicated to electric vehicles.

From January 2012, the Renault Z.E. Centre will be open to the general public.

With its distinctive lighting signature and balanced proportions, New Mégane is first and foremost a Renault. It adopts the brand’s design DNA with broad, sculpted shoulders and a front face incorporating the brand’s new design identity, including a large, vertical logo [Read More]

Electric vehicle wins the International Van of the Year 2012

For the first time an electric vehicle has been voted the International Van of the Year by a jury of 22 European journalists specialising in light commercial vehicles.
[Read More]