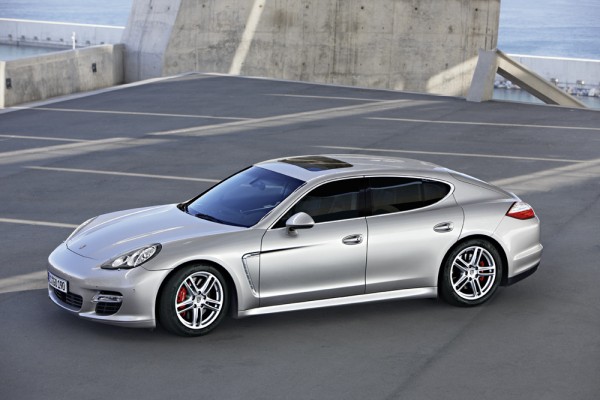 The Porsche Panamera has proved to be a success for the marque with over 20,000 sold in 12 months.
Panamera, the fourth series by Dr. Ing. h.c. F. Porsche AG, Stuttgart, has established itself as another important pillar in Porsche’s portfolio just one year after its introduction to the market. During this period, 22,518 Panameras have already been delivered –– 2,530 vehicles in Germany alone. Additional purchase orders in the four figures attest to the successful development of a new customer segment, especially when taking into account the six-cylinder-engine Panamera currently being introduced. The Gran Turismo found quite a large number of fans, especially in international metropolises.

At the forefront is Porsche‘s traditionally most significant sales market, North America: 890 vehicles are already cruising the streets of Los Angeles and 760 the streets of New York. Interest in the four-seater is also large in Asia, as could be expected: 300 Panamera were delivered to Hong Kong, 223 to Tokyo and 188 vehicles were delivered to Shanghai, where the Gran Turismo celebrated its world premier at the end of April 2009. Very pleasing figures were reported by other cosmopolitan cities, such as Dubai (285), Moscow (203), Munich (206), Hamburg (117) and Berlin (108).

“Our corporate strategy of value-oriented growth has proven itself to be a successful model: With the Panamera, Porsche has clearly positioned itself with the sportiest automobile in the high-end and luxury-class market and achieves already a 13 per-cent share of its segment today”, summarized Bernhard Maier, Member of the Management Board for Sales and Marketing of the Porsche AG.

There are five models available in the new Gran Turismo series: Panamera and Panamera 4 with 300 HP and a six-cylinder-engine, Panamera S and Panamera 4S (400 HP and an eight-cylinder engine), as well as the Panamera Turbo (500 HP and an eight-cylinder engine). With 9,394 vehicles delivered, the Panamera 4S is at the head of the charts, followed by world-class model Panamera Turbo (6,171 vehicles) and the Panamera S (4,563 vehicles). The six-cylinder-model Panamera, introduced only a few weeks ago, has already been delivered to 2,390 customers. The color selection also keeps Panamera drivers in line with the latest trends. So far, the most popular colors for the Gran Turismo have been basalt black metallic, carrara white and carbon grey metallic.

The Panamera Turbo can be customized to your personal tastes with a 40 HP performance enhancer, as well as a sport design package. In addition, the Porsche Exclusive and Porsche Tequipment packages are available for each model as add-ons to the standard series equipment to make your vehicle personal and exclusive.

Stuttgart’s sportiest Gran Turismo is leaving the pits: the Porsche Panamera GTS. The clue is in the name. At Porsche, GTS stands for Gran Turismo Sport, promising extraordinary Porsche performance ever since the legendary 904 Carrera GTS back in 1963. [Read More]