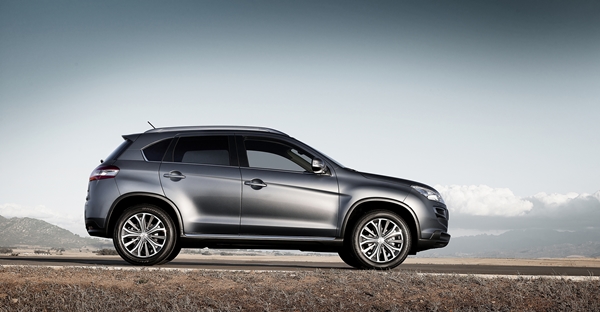 Automobiles Peugeot has released details and specifications of the all-new 4008 SUV ahead of its world premiere at the 2012 Geneva Motor Show in March.

Australia and New Zealand will be two of the first markets to receive the 4008 with production starting next month.

“Available in both two-wheel-drive and four-wheel-drive versions, the 4008 caters to all buyers in the market and, with competitive pricing we believe it has the ability to increase Peugeot sales by 20 per cent.’’

The all-new 4008 will enter one of the most competitive segments of the market in Australia with a price tag sub-30K.

Firmly rooted in the world of the SUV, the 4008 combines strength, power and driving safety in all circumstances. Thanks to its four-wheel drive, which is always available, it gives a feeling of freedom and greater peace of mind when driving.

Comfortable, compact and manoeuvrable, the 4008 SUV is also at home in the urban environment.

The Peugeot stylists wanted to give the 4008, born out of the PSA Group & Mitsubishi partnership, a strong personality firmly rooted in the world of the Marque.

All exterior panels, except the doors are unique to the 4008 and styled by Peugeot. The off-road character has been emphasised by adopting a vertical design of grille, the inclusion of body sill protectors and prominent wheel arch protection trims, to accommodate large wheels enhanced by the sophisticated design of the wheel rims.

The almost-horizontal bonnet grooves and the style line – which extends to the rear wing where it descends again crossing the lamp – are a distinctive feature and appear to hollow out along the body side, accentuating the strong and dynamic aspect of the 4008.

The interior ambiance is enhanced by the choice of materials, like the soft texture fascia, to the instrument panel visor and the lacquered black decoration of the centre console.

The Peugeot steering wheel is padded or leather trimmed and permits control of the audio functions, cruise control and Bluetooth hands-free kit.

To optimise consumption, the STOP & START system is available on both diesels and the 1.6-litre petrol.

Final Australian specification and pricing will be announced closer to the 4008’s on-sale date in June.

Mercedes Benz all new A Class at Geneva Motor Show

Design and dynamism are obvious characteristics of the new Mercedes Benz A-Class even at first glance, simply in the way it sits up to 18 centimetres closer to the road than its predecessor. The radical new design idiom that was so enthusiastically received upon its first appearance with the “Concept A-CLASS” has been rigorously applied for the series-production model. [Read More]

The launch of the Ferrari F12berlinetta ushers in a new generation of Ferrari 12-cylinder supercars in the form that delivers unprecedented performance from an exceptional new engine, combined with innovative design that redefines classic themes along with extreme aerodynamics [Read More]