Hello and welcome to Overdrive, a program that looks at the factors affecting our attitude and actions to motoring and transport. Lets start with the news.

When we toured through villages such as Tarana last week we pondered town names that resembled to has the same spelling car names. But while Monaro is an example Dean Oliver tells us that locals pronounce it differently and you should always be aware of that. (7:05)

After testing the Nissan Patrol Rob Fraser gives us his opinion on how this large SUV stacks up in the market. (18:29)

And in our quirky news segment, we have the unusual and deeply sad story of a man who was shot for crossing the road to slowly.  Did I mention that it is in America? (25:33) 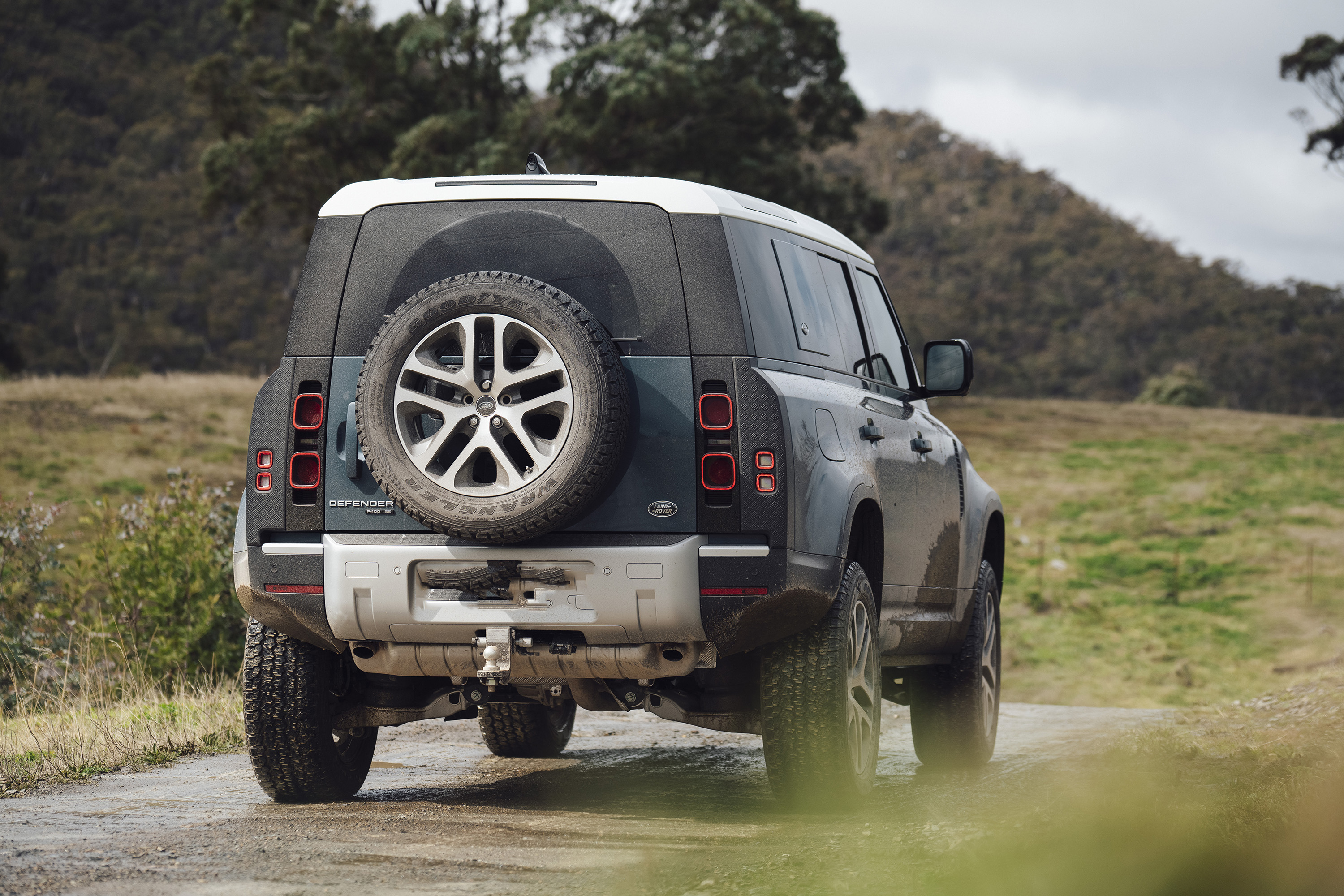 August 2020 was another bad month for sales of new cars in Australia with a decline of over 24,600 vehicles compared to the same period last year.

Two thirds of the decline was in Victoria which has had to implement strict lockdown rules to contain COVID-19.

In year-to-date percentage terms Victoria is still the worst state but Tasmania and the Northern Territory are not far behind.

In contrast the ACT sale volumes have risen, 24% compared to last year.

The Federal Camber of Automotive Industries has implored the Victorian Government to allow Melbourne Metropolitan vehicle and motorcycle dealerships to open up.

The trend is not just COVID-19 as sales have declined in Australia for the last 29 months but the pandemic is pushing some dealers to the wall the FCAI says. 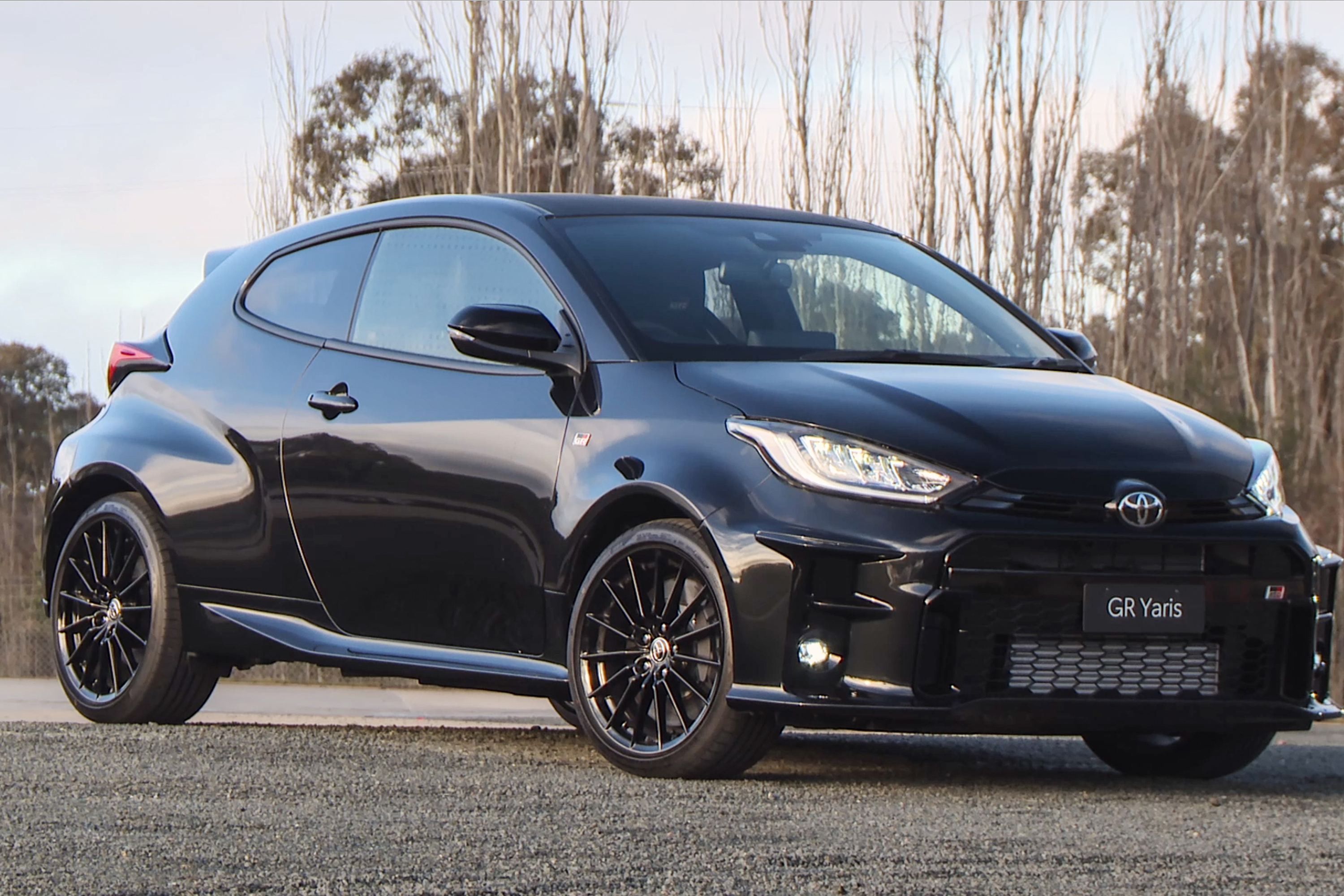 In the last several weeks we have reported on the launch of a new model of the Yaris, Toyota’s smallest car.

While it has many safety and technology features, one strong criticism is the price. The current top of the range ZR costs $32,100 plus on road costs. A Volkswagen Polo GTi with significantly more power is less than $1,000 more.

Now Toyota will release, in November, the high-performance GR Yaris model with an introductory driveaway price of $40,000 – but only to the first 1,000 vehicles sold

They say that it would normally be expected to carry a recommended retail price of $49,500.

The GR has 200 Kw from its turbo charged three-cylinder engine, more than double the power of the other variants in the range. There is also a model designed for circuit racing, due next year, but they didn’t mention the price. 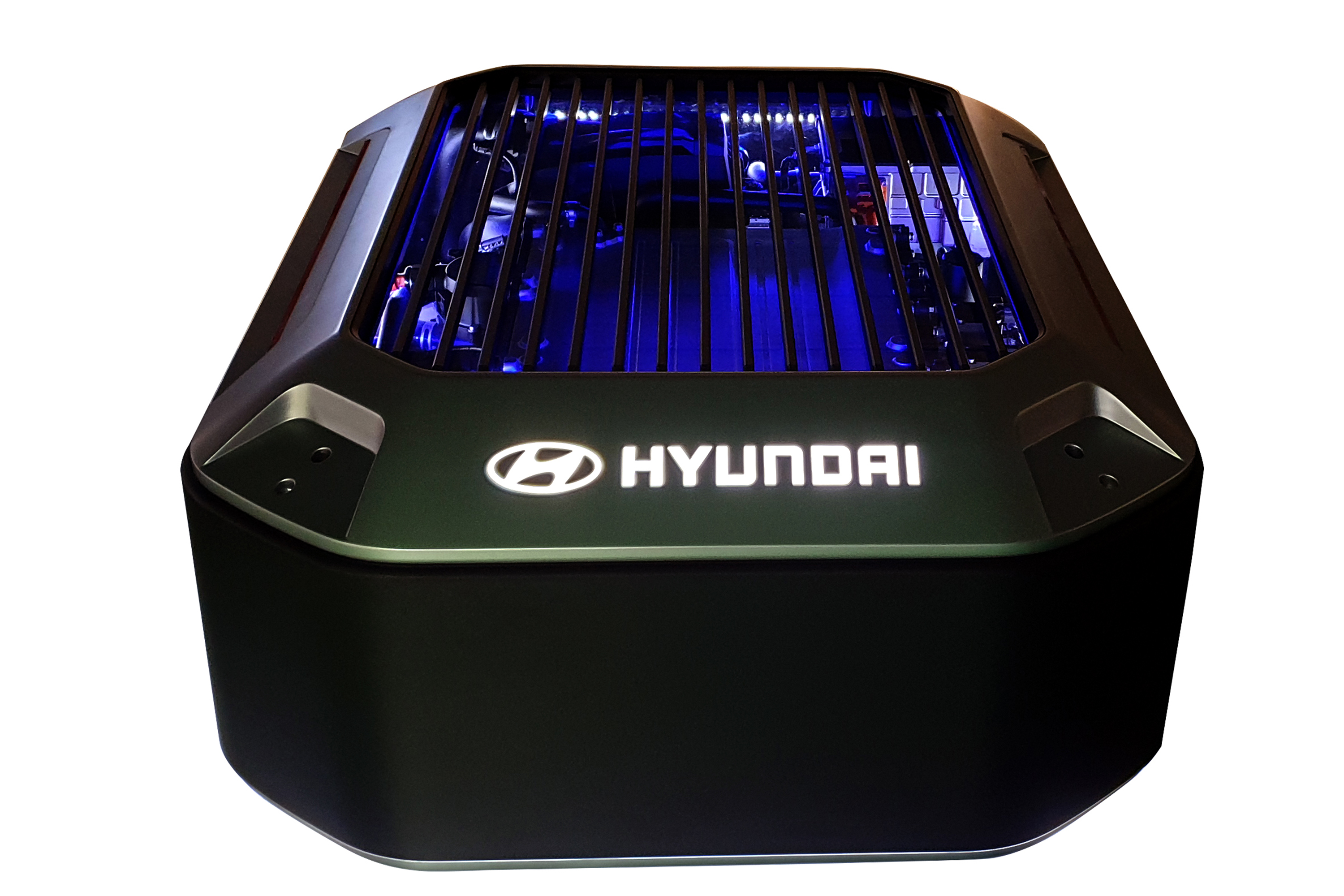 The on-going development of new technologies such as the hydrogen fuel cell could reap great benefits to transport, but also to other industries

Hyundai Motor Company in Korean has begun shipping its proprietary fuel cell system to Europe for use by non-automotive companies including a Swiss hydrogen solution firm, GRZ Technologies.

GRZ has the technology to store about five to ten times more hydrogen than before, with a pressure lower than 30 bar, which is significantly lower than the storage pressure of a normal hydrogen tank, 200 to 500 bar. It is expected that this technology will be used in various ways through cooperation between the two companies in the future. 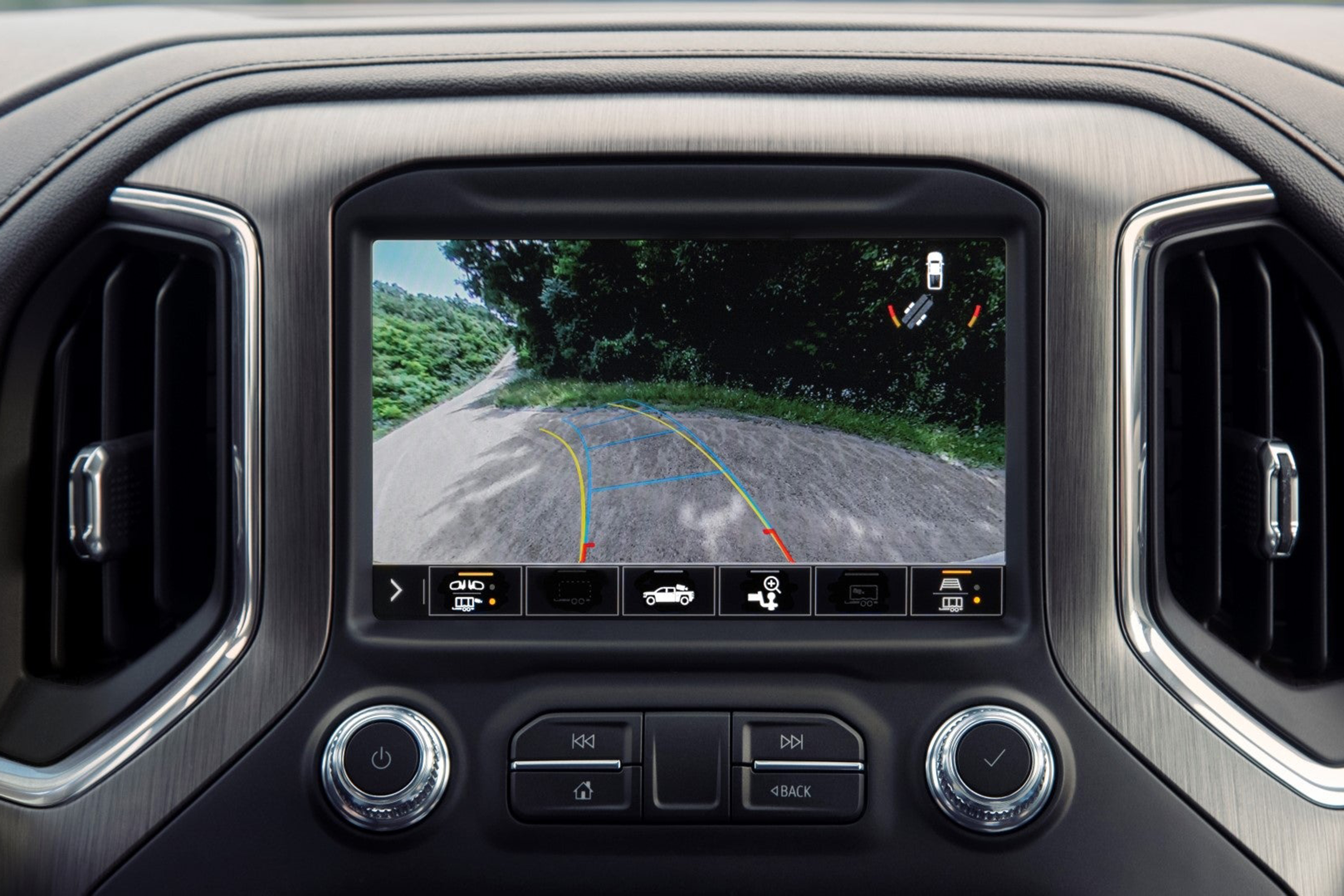 Electronic anti sway systems are one of the features that have improved safety for people towing a trailer or a caravan. If the vehicle detects that the trailer is getting into a rhythmic swaying pattern it uses the ABS system to individually vary the braking on each wheel on the tow vehicle to correct the situation.

Features will include a trailer length indicator where the screen indicates twice the length of the trailer and alerts when other vehicles are in an extended blind spot where a vehicle can interfere with a lane-change.

An enhanced rear trailer view, with guidelines that assist when backing a trailer into place.

And a cargo bed viewer which includes a zoom view to help hitch guidance. 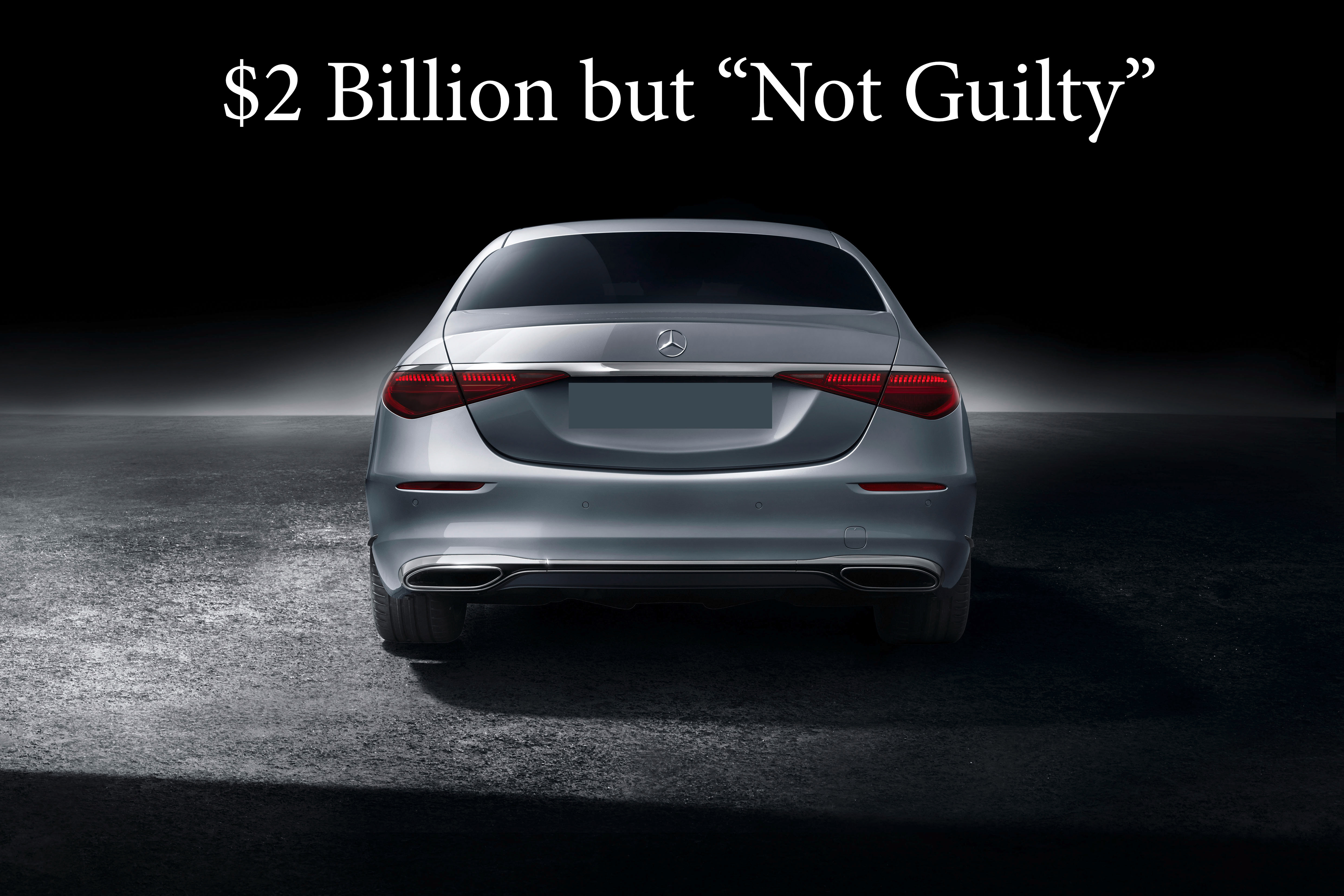 Since 2015, Volkswagen has taken the brunt of bad publicity and huge fines arising from the dieselgate affair where software systems allowed cars to perform better in standard fuel economy and pollution tests than they would in normal operations.

Now Daimler and subsidiary Mercedes-Benz USA have agreed to pay the equivalent of AUD $2 billion to US authorities to resolve emissions cheating allegations. There is a further civil settlement which will bring a one-off charge of another billion dollars.

The allegations are that sold about 250,000 cars and vans in the U.S. with diesel engines that didn’t comply with state and federal laws.

Daimler denies the allegations and say they are not obligated to buy back the vehicles, as Volkswagen was, nor monitor the progress on the settlement.

Previously Fiat Chrysler agreed to a $900 million civil settlement but a federal prosecution is yet to be resolved.

Originally broadcast 19 September 2020 across Community Broadcasting Association of Australia (CBAA) and Torque Radio affiliated commercial radio channels and has a weekly audience of over 450,000.

Ford Driving Skills for Life (DSFL): A free program to add to the knowledge and experiences of young drivers

October 13, 2019 David Brown Motoring Minute, Reviews Comments Off on Ford Driving Skills for Life (DSFL): A free program to add to the knowledge and experiences of young drivers

Welcome to Overdrive, a program that ponders the particulars of motoring and transport. Lets start with the news.  [Read More]