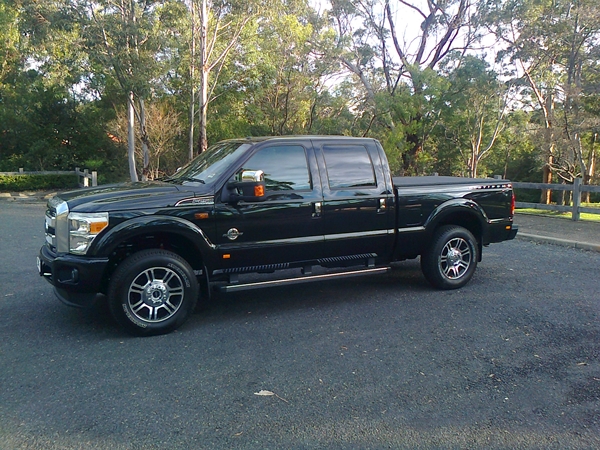 While not an immediate choice the MY13 Ford F-250 6.7Litre Diesel SuperDuty Platinum 4×4 CrewCab Pickup Ute is one hell of a 4WD Ute. The Ford F250 is far and away the best Ute on the market and goes close to the best 4WD touring vehicle.

Australia is set to welcome a new Warrior, with the Navara PRO-4X Warrior to arrive in Nissan dealerships nationally from September 1. Development and testing is now complete on the locally developed Navara [Read More]

INEOS Automotive order books for its Grenadier 4X4 will open on 18 May. It will launch with a simple model line-up that is easy to configure [Read More]