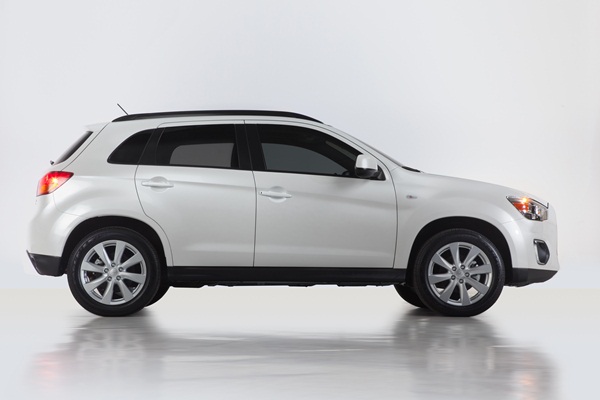 With about 210,000 units sold around the world since its launch in 2010 – including about 11,000 units locally – ASX* has proved to be a global success for Mitsubishi Motors Corporation (MMC), as well as a successful embodiment of the innovative and versatile MMC-engineered Project Global architecture**.

Building on this solid foundation, Mitsubishi Motors today staged the world debut of a new look version of its compact crossover at the 2012 New York International Auto Show.

To be launched in Australia later this year, this latest ASX sports a reshaped front face whose softer outline reflects the gradual transformation of Mitsubishi’s design language and visual identity towards a “Solid – Safe – Simple” engineering-driven look. Likewise, the rear bumper has been updated to complement the redesigned front face.

Detailed Australian specifications will be announced at a later stage, closer to market introduction.

Mitsubishi 2013 ASX SUV gets a facelift

Mitsubishi has given the ASX a facelift for 2013. The revamped 2013 Mitsubishi ASX is on sale from September 1 and features ASX 2WD Aspire. The newly introduced ASX 2WD Aspire features numerous specifications above the ASX 2WD including 17-inch alloy wheels, chrome exhaust, front fog lamps and exterior chrome accents. [Read More]

Hyundai Motor Company has staged a world premiere of the next-generation Santa Fe at the 2012 New York International Auto Show. Available in both normal and long wheel base the Hyundai Santa Fe comes with a host of intelligent features that enhance the comfort and convenience of driver and passengers. [Read More]