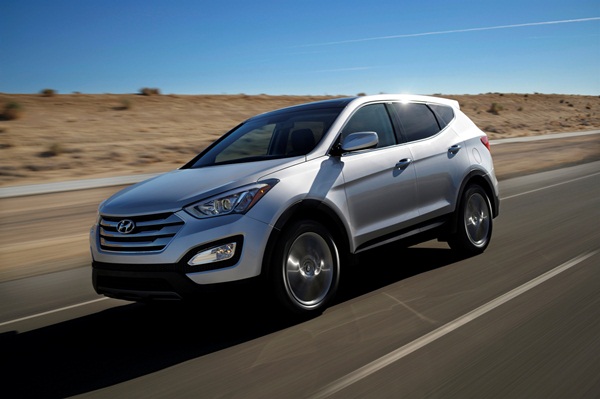 The next-generation Santa Fe showcases Hyundai’s cutting-edge capabilities through its “Fluidic Sculpture” design, impressive fuel economy and a host of features to delight drivers and passengers with high expectations for functionality and comfort.

The exterior of the next-generation Santa Fe evokes the impression of irrepressible motion through its own design concept called ‘Storm Edge’, which captures the strong and dynamic images created by nature during the formation of a storm. The futuristic and urban-style design with its bold hexagonal front grille is identifiably Hyundai. 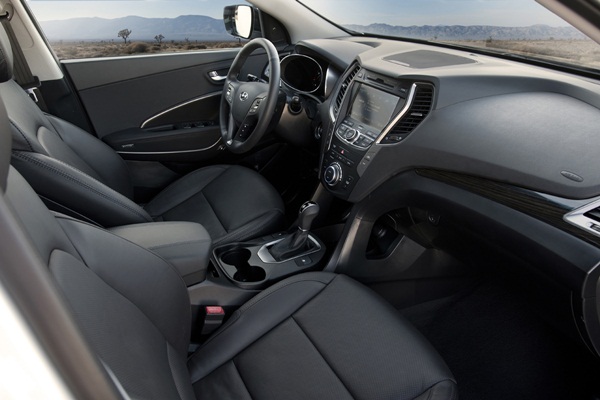 The interior of the next-generation Santa Fe will come with a host of intelligent features that enhance the comfort and convenience of driver and passengers, providing a stress-free experience for all occupants. 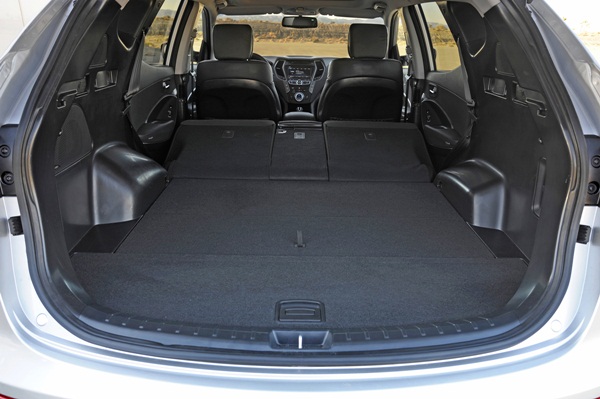 Next-generation Santa Fe will be available to markets with six-speed manual and six-speed automatic transmissions, which have been tuned to suit the power delivery of the engine line-up.

In the U.S., two types of petrol engines will be available: 2.4-litre Theta Ⅱ GDI four-cylinder engine and 2.0-litre Theta Ⅱ turbocharged engine. The 2.4 Theta Ⅱ GDI engine delivers the maximum power of 142kW, and maximum torque of 245Nm, while achieving a fuel economy of 10.2 / 7.1 L/100km (city / highway). In the case of 2.0 Theta Ⅱ turbocharged engine, maximum power is 197kW, and maximum torque is 365Nm. Thanks to both GDI and turbocharger technologies, the Santa Fe delivers more power than many of the V6 competitors in the U.S., yet offers 4-cylinder level fuel economy.

As part of Hyundai’s efforts to present a unified brand image, Hyundai has adopted a new global naming strategy of one consistent name for one model worldwide. The next-generation model will be badged Santa Fe in all markets. However, according to local markets’ preferences, the sub-name may be differentiated. For instance, the Santa Fe will be called the Santa Fe Sport in the U.S. market.

Hyundai also unveiled a long wheelbase version of the next-generation Santa Fe which will only be offered in left hand drive format. This version, which will go on sale in the U.S. in January 2013 has a longer wheelbase of 2,800mm, with increased overall length of 4,905mm, height of 1,690mm and width of 1,885mm. 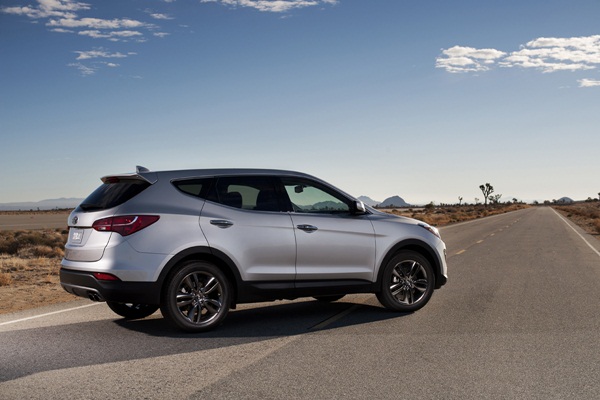 The next-generation Santa Fe (known as Santa Fe Sport in the U.S.) is scheduled to hit showrooms in Australia before the end of the year.

Full specifications and pricing for Australia will be released at launch.

Mitsubishi Motors previews new look ASX at 2012 New York International Auto Show. With about 210,000 units sold around the world since its launch in 2010 the Mitsubishi ASX has proved popular. [Read More]

Hyundai Motor Company, one of the world’s largest and fastest-growing automakers, has unveiled more exterior teaser images of the all-new Santa Fe, which had been known by its code name DM. [Read More]

How good is the 2021 Hyundai Santa Fe Highlander, stick around for a minute and find out

August 25, 2021 Rob Fraser 4WD & SUV Guide, Hyundai, Motoring Minute, Reviews Comments Off on How good is the 2021 Hyundai Santa Fe Highlander, stick around for a minute and find out