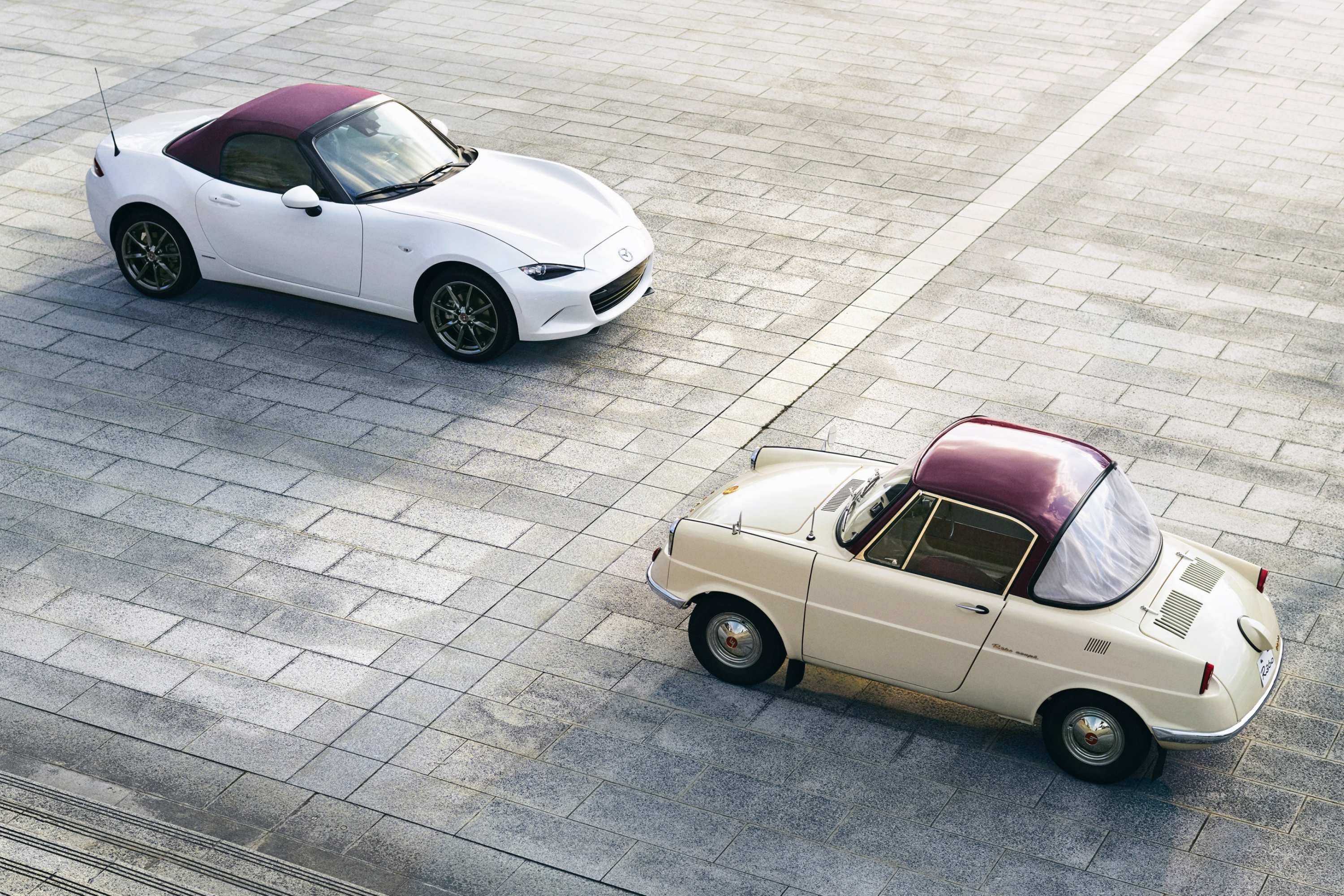 Celebrating 100 years since its foundation as a humble cork manufacturer, Mazda Corporation will release a 100th Anniversary Special Edition series of its major models.

The special edition models pay homage to Mazda’s history and its tenacious challenger spirit, drawing inspiration from the company’s first ever passenger car, the R360 Coupe.

Designed to make car ownership desirable and accessible to all, the R360 Coupe pushed boundaries – even in the design-liberal 1960s.  Powered by a four-cylinder engine mated to an automatic transmission and a lightweight body, R360 Coupe was easy to drive and handle while also boasting impressive reliability, a strength best-demonstrated on a 1,500km Perth to Esperance and back endurance drive in 1961.

Unprecedented at the time, the R360 defined what would become Mazda’s guiding principles; to challenge the norm and celebrate the joy of driving.

As a nod to the company’s roots, the 100th Anniversary Special Edition series borrows the distinctive burgundy and white of the high grade R360’s two-tone design.

All special edition models are finished in Snowflake White Pearl Mica, with a rich burgundy interior. The same Burgundy leather introduced on Mazda3 adorns the seats, and the colour scheme is repeated on the floor mats and floor carpet.

Set to come to Australia later in 2020, Mazda’s 100th Anniversary Special Editions will be available in limited numbers across the Mazda range, including on World Car of the Year Finalists, Mazda3 and Mazda CX-30.

Customers can register their interest to be the first to know more. Numbers, pricing and on sale dates will be release in due course.

What size is CX-30? – CX-30 fits between CX-3 and CX-5. Buyers told Mazda they wanted a smaller gap than that of the existing options.. [Read More]