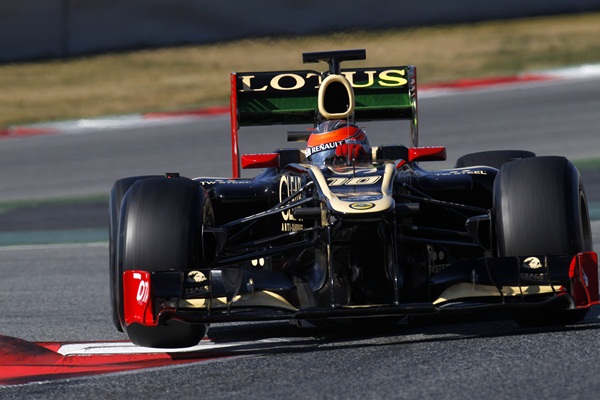 March 2012 will see Lotus start its most ambitious ever year of motorsport, which will see the team tackle Formula One, starting with the Australian Grand Prix on 18 March, rallying, sports car racing and, with its support for up and coming kart drivers, Lotus is also looking for the next generation of motorsport super stars.

Formula One
The Lotus F1 Team was the fastest and one lap shy of covering the greatest distance in the latest round of pre-season testing with Romain Grosjean the fastest by more than half a second in Barcelona in the Lotus E20 on 3 March 2012.

“I’m very happy with the car, and it was great that we could still run strongly at the end of the session, even after a long stint,” said Grosjean. “At the start of the day we suffered slightly with tyre degradation, but we changed a few things and this improved as the day went on. Today was the first race distance I’ve completed in a long time and I’m feeling pretty good. No doubt my neck will be a little sore tomorrow, but the rest of me is fine!”

With 124 laps or almost 600 km completed, Grosjean proved that performance was matched by reliability, something with which Lotus F1 Trackside Operations Director Alan Permane was justifiably happy.

“All in all it’s been a good day. The E20 was once again very reliable, and we completed a lot of laps. Romain wasn’t particularly happy with the car first thing this morning, but we steadily improved it over the day. In the afternoon we completed a full race distance including pit stops. We then went for a couple of setup runs at the end as we had a bit of time left over which was an unexpected surprise. Tyre performance looks good; in particular during the last stint we used a set of hard tyres and managed around 27 laps with very low levels of degradation which is encouraging.”

Of course, more is still to come, with Grosjean’s team mate, former World Champion Kimi Raikkonen, still to get behind the wheel of the Lotus E20. 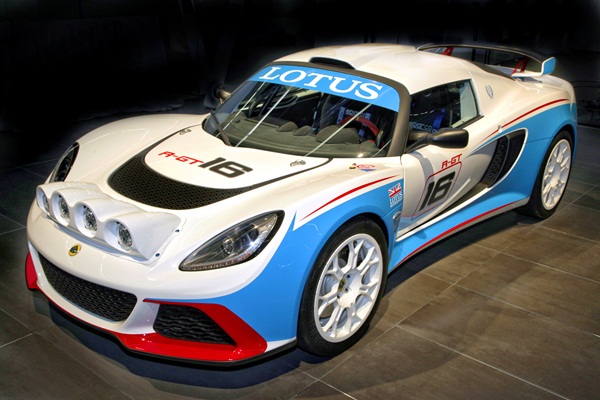 Rallying
The Lotus International Rally team is set to make its race debut in April in the FIA European Rally Championship. In partnership with Italian team United Business, which won the title last year, the hotly anticipated Exige R-GT will be painted in the iconic Lotus black and gold colour scheme.

Former Portuguese champion and Super 2000 World Rally Championship (SWRC) driver Bernardo Sousa is in-line to race the car at the Rally 1000 Miglia in Brescia, Italy, on 19-21 April, provided the car is ready. Next week the Exige R-GT undergoes its final testing before being submitted to the FIA for homologation. Ten cars will be built this year, with seven cars allocated to the official team and European racing drivers.

Claudio Berro, Director of Lotus Racing, started his career rallying and is thrilled to be back.

“This will be the first GT car to be homologated by the FIA. Lotus, of course, has been successful in rallying before, winning the 1981 World Rally Championship with the Talbot Sunbeam Lotus. So in many ways we’re all going back to our roots. Partnering with the United Business Rally Team in the FIA European Rally Championship makes perfect sense because they, like us, know how to win. I think this is going to be a very strong collaboration. The championship largely takes place on tarmac, which suits us too. It’s so exciting to go rallying with this new project. It’s another big challenge for Lotus.”

Pier Liberali, Owner and President of United Business, commented: “This partnership agreement with Lotus Racing fills me with pride. Lotus is one of the most famous manufacturers worldwide in the motorsports field. It is an honour for us to be able to work with them, and we will do our utmost to exceed their expectations.” 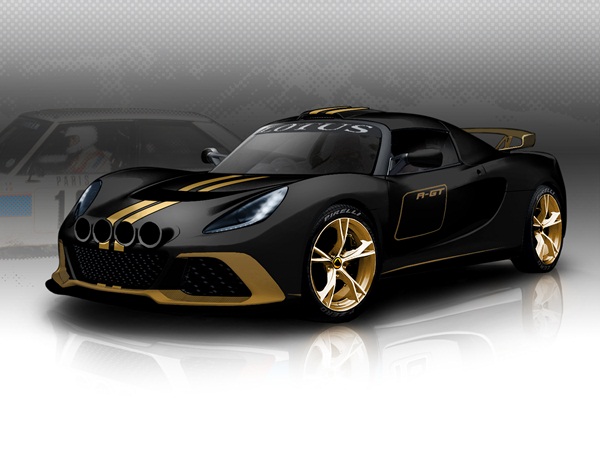 GT
Lotus is to enter an official team in this year’s European Le Mans Series. The black and gold-coloured Evora GTE will compete in the GTE Pro class with factory driver Johnny Mowlem at the wheel. The two other drivers that will comprise this one-car team will be announced shortly.

Director of Lotus Racing, Claudio Berro, is pleased to have GTE programmes on both sides of the Atlantic:

“Having already announced our American Le Mans Series team, Lotus-AJR, it’s great to now announce our entry in the European Le Mans Series. Last year marked the Evora GTE’s first year of competition. It was a foundation year, which proved promising, and by now splitting programs between these two prestigious series I hope we’ll be able to further hone the GTE into a title contender.

“Gianni Giudici has long been one of Lotus Racing’s most important customers, and creating this official partnership makes perfect sense. He has been very successful in endurance racing, and has the capability to run the car at a very high level. With Lotus’ technical support this will be a good combination for the European platform.” 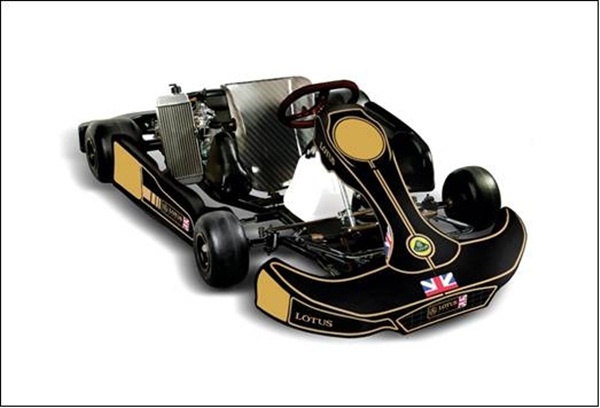 Karting
The Lotus Racing Karts team is flat-out in preparation for the 2012 CIK-FIA Under-18 Karting World Championship. Registration is now open and the deadline for entries is 30th March. The total entries will be limited to 102 and it’s first come first served.

Therefore, drivers interested in entering this World Championship are advised to enter online as soon as possible: http://www.cikfia.com/championships/entry-form.html

The championship, which starts on July 8 in Braga, Portugal, aims to promote drivers aged 15-18 and rigorously limit the costs involved, such as with the free allocation of tyres and engines to all participants. The series promises to refocus the pure sport of karting not as a spending competition, which has seen costs rise drastically across most other international championships, but as the de-facto school for tomorrow’s grand prix superstars.

Just like the greats, from Jim Clark through to Kimi Raikkonen, aspiring youngsters now have the opportunity to become Lotus factory-supported drivers.

Built in Italy, the Lotus Racing Kart is arguably the most fun, raw and inspirational Lotus ever to hit the race track. The focus is on quality, speed, reliability and versatility through its automated robot welding technology of the C30 and C32 chassis, and on developing the next generation of Lotus racers early.