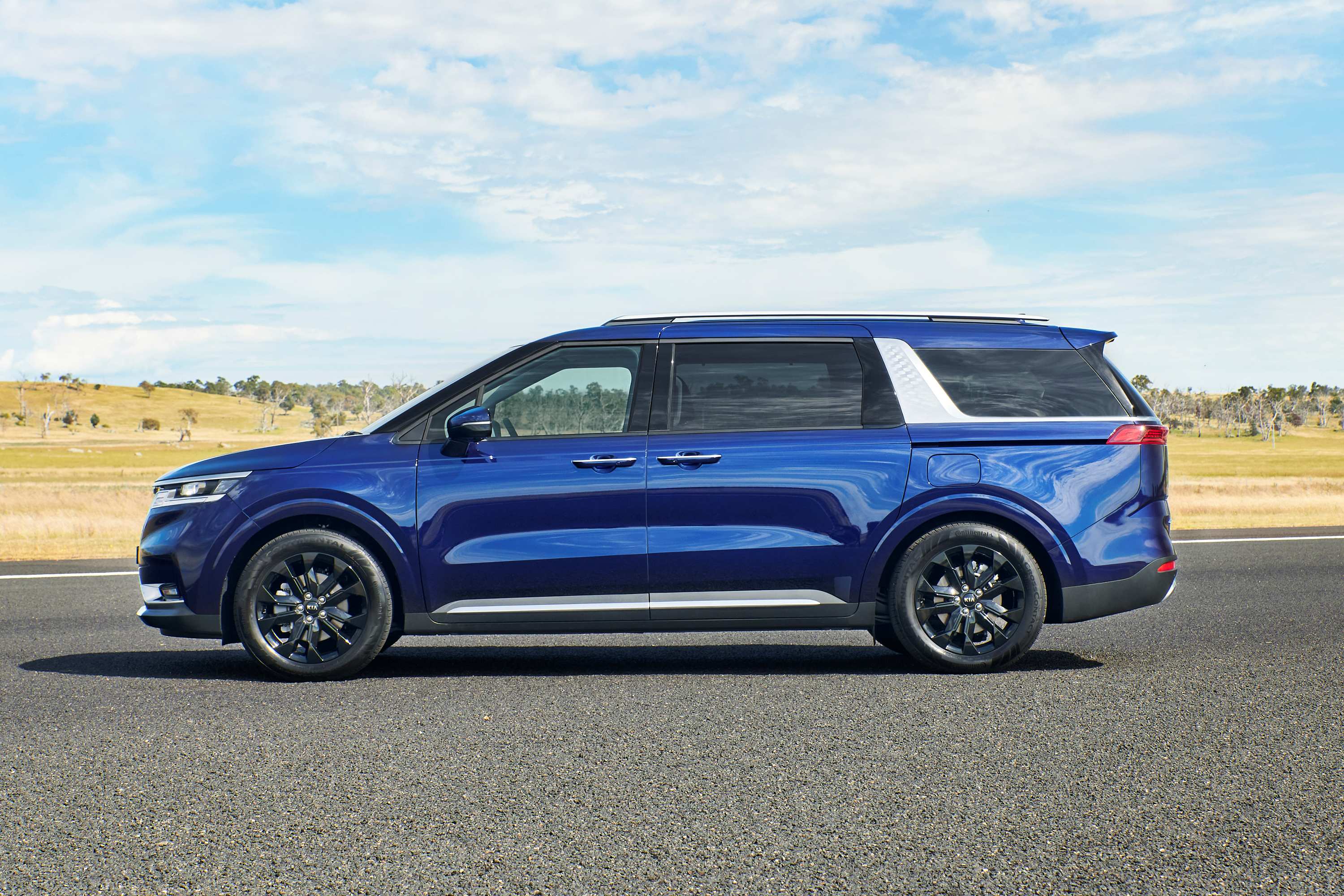 How can an eight seat van be enjoyable to drive, well Kia manages it with the Carnival.

Kia Carnival has been around for about 20 years now and has been the vehicle of choice for large families for a while now.

The fourth generation, just released, looks more like an SUV with more spacious interior, a new platform that it shares with the Sorento, for improved safety, ride and handling as well as an impressive list of comfort and luxury features that rival many cars costing thousands of dollars more.

The fourth-generation Carnival will be available in four specification levels _ S, Si, SLi and Platinum _ in both petrol and diesel engines. There is a 3.5-litre V6 petrol and a R2.2-litre diesel both driving the front wheels through a Kia-developed 8-speed automatic

Carnival is priced from $46,880 for the entry level ‘S’ petrol version through to $66,680 for the Platinum Diesel. These prices are plus the usual costs, but talk to your KIA dealer for some great driveaway prices.

Carnival has always been a favourite of mine and for large families with luggage they are a much better option than an SUV.

David Brown has been testing the first car he would buy if he had a lot of money.  Its not what I expected. The car of my dreams.  Not those exotic dreams of a convertible super car slicing through the French country side on the way to my penthouse on the Riviera. [Read More]