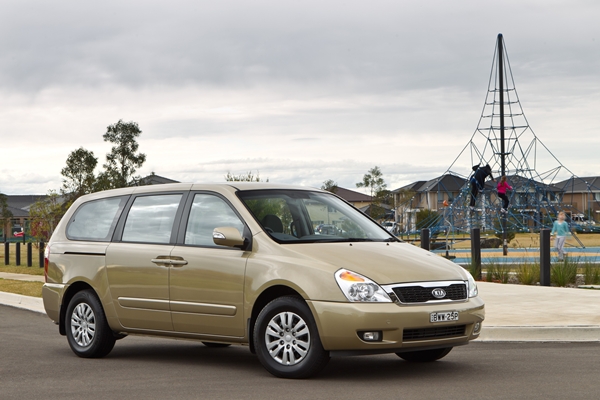 Australia’s most popular people mover under $55,000, Kia Carnival, has just received an upgrade resulting in four long wheel base models, Bluetooth across the range and the introduction of the legendary “R-series” CRDi turbo diesel engine to the line up.

“Carnival is a signature model in our range,” said Kia Motors Australia Chief Operating Officer Tony Barlow. “It is a good value proposition, which is why one in three new people movers under $55,000 sold so far this year have been Kia Carnivals.

“The latest refresh has allowed us to add new technologies to the existing long list of features and maintain Grand Carnival’s position as a great value people mover”.

The most noteworthy change to the entry level Grand Carnival S is the replacement of the 2.7-litre petrol engine with the more powerful and more efficient 3.5-litre V6 DOHC powerplant with continuous variable valve timing. 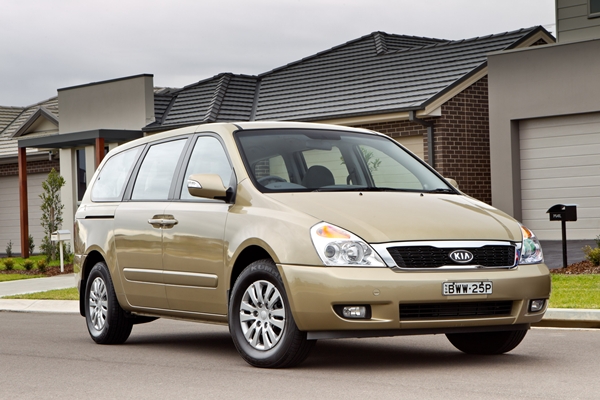 Buyers of the Grand Carnival Si, SLi and Platinum models will have a choice of either the 3.5-litre petrol or Kia’s latest 4-cylinder, 2.2-litre CRDi R-series diesel engine. The R-series diesel offers improved power and greater efficiency than the 2.9-litre predecessor and is the driving force behind Kia’s Sorento and Sportage.

The 2.2-litre R-series diesel produces an impressive 143kW of power and a massive 429Nm of torque. Torque is up 86Nm or 25%, while fuel consumption is down 3.7% compared to its predecessor.

The entire range has now received the transmission upgrade with both the petrol and diesel engines matched to Kia’s 6-speed automatic transmission. Compared to the 5-speed, the 6-speed automatic has 62 fewer parts, is 41mm shorter and 12kg lighter, making it one of the most compact and efficient 6-speed transmissions available. 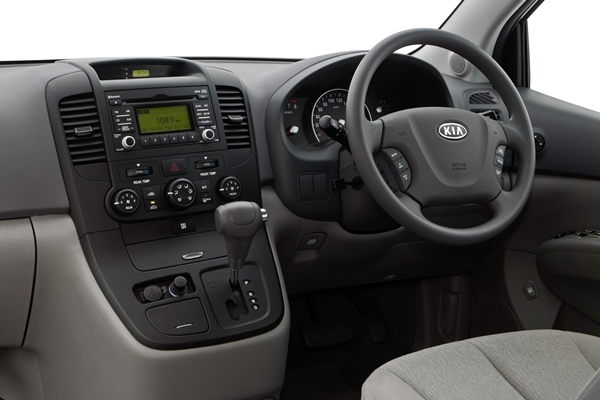 New to the line up is the addition of Bluetooth functionality with remote audio controls located on the steering wheel. Buyers of the Si model and above will benefit from the standard fitment of roof rails, power third row windows, rear air conditioning controls, interior metal finish and heated outside mirrors. The Si model has also received sporty looking 16-inch alloy wheels.

Safety continues to be a priority across the eight-seater range with ABS and ESC with traction control standard throughout. Front, side and curtain airbags and side door impact beams also offer peace of mind for passengers in all four models.

About Rob Fraser 1788 Articles
Rob Fraser – General dogsbody & Director Rob is the founder of the business. He constantly mutters something about way too many red wines one evening being to blame. Often known for taking the 4WD in the driveway over the sports car, he has travelled pretty much everywhere in Australia and when he is bored goes for a drive. He first learned to drive on the farm in a left hand drive WW11 Jeep when he was 11, and was hooked on 4WDriving way back then. In addition to 4WD he is an avid motoring enthusiast and has maintained a strong interest in the industry ever since his teens. He has owned way too many cars in his time as well. Having previously lived at the top of corporate life he retired in 2000 and hasn’t put a suit and tie on since. Cars are his passion so why not have a business doing what you love he figures. He has towed either a caravan or camper trailer to most parts of Australia, has run guided tours for camper trailers’ and instructed drivers in off road towing.
Website

Finding a vehicle that will accommodate the larger family often limits choice for buyers. Rob Fraser chats about one of the best choices, the Kia Carvnival,   [Read More]

One of our favourite, practical vehicles, especially if you have a large family is the Kia Carnival. [Read More]

Kia launched the fourth generation Carnival in January this year some 23 years after the first model came to Australia. The latest model showing sleek design and is packed with all the goodies to face the SUV challenge head on. [Read More]