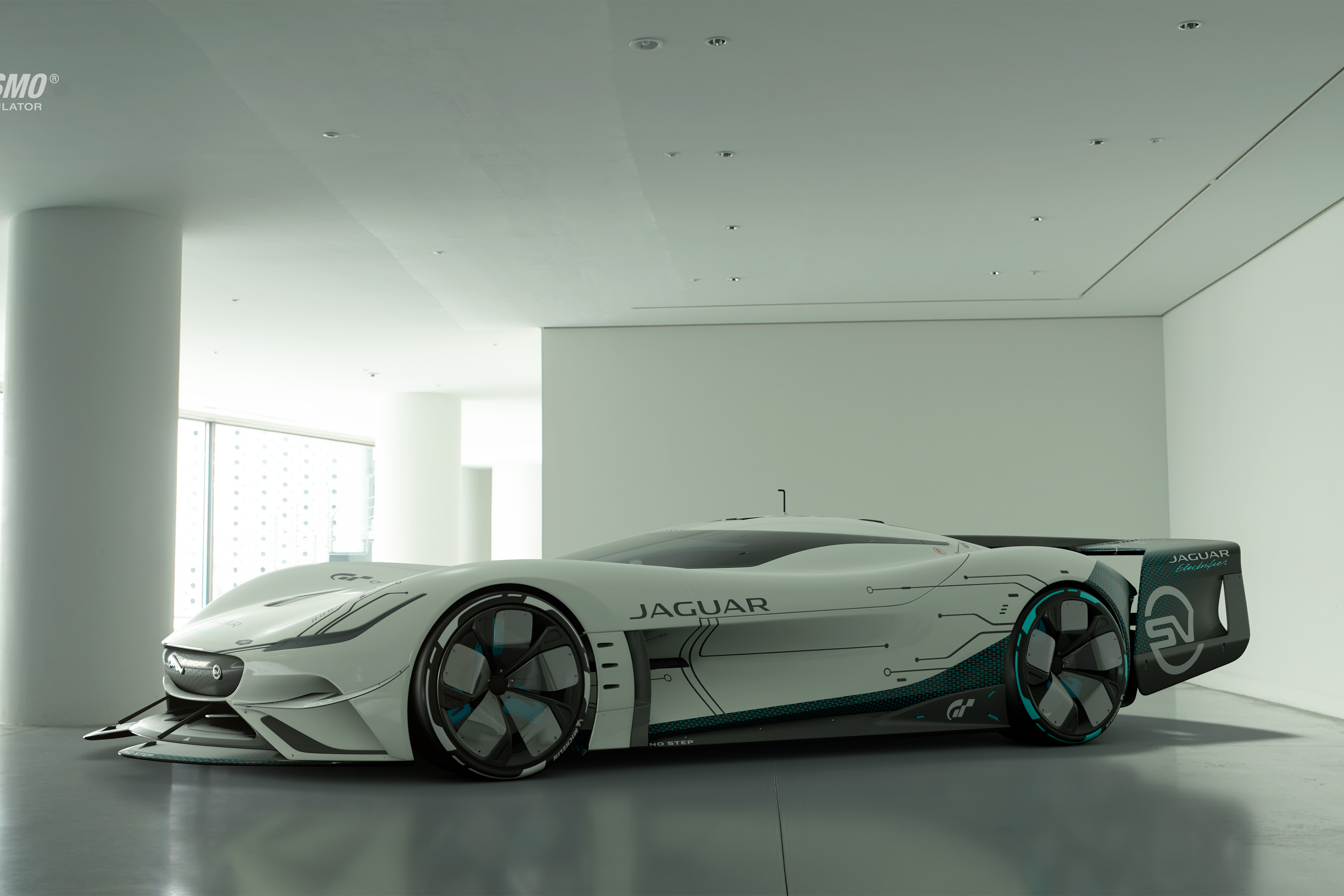 If you wanted to create a fanciful version of the ultimate performance car you might have considered drawing a stylistic model, a sort of sophisticated Wacky Races.

These sorts of drawings appeared on the cover of school work books drawn by motoring nerds with a poor attention span for classical education.

Jaguar is now exploiting a much more modern alternative.

They developed and all-electric endurance race car for Gran Turismo a computer game of virtual racing.

They already had a car in the program but took on detailed analysis of gamer feedback from online videos and forums for this latest vision which will be in Gran Turismo in 2021.

Jaguar’s greatest period was arguably when the XK 120 and then the C and D type sports cars won at Le Mans five times in the late 1940s and the 1950s. [Read More]

2019 Jaguar I-Pace SE EV400 Features – I-Pace has all the luxury and technology you get in a normal old jag, with a generous smattering of bespoke EV-goodies. [Read More]

Polestar to remain “dynamic and independent” under Volvo control

Polestar, the performance brand of Volvo Cars, will operate as a dynamic and independent enterprise under Volvo Cars’ ownership, according to Håkan Samuelsson, President and Chief Executive of Volvo Cars. Mr Samuelson said Polestar will have its own management team and will control its own product strategy, research and development, as well as marketing and sales. [Read More]