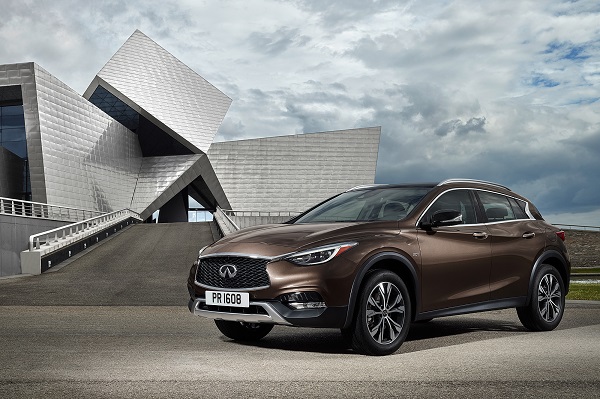 The Infiniti QX30 premium active crossover is making its simultaneous global debut at the 2015 Los Angeles and Guangzhou international motor shows – signalling the next phase of the company’s global growth strategy.

Created for a new generation of premium buyers, the QX30 boasts a purposeful appearance that makes a bold visual statement – and joins the Q30 as part of Infiniti’s new premium compact model line-up.

In addition to its striking appearance, the QX30 offers an elevated ride height, confidence-inspiring handling, a ‘go-anywhere’ attitude and comes available with an intelligent all-wheel drive system. As a result, the vehicle is able to take on urban, suburban and winding rural roads in all driving conditions.

Speaking in Los Angeles, Roland Krueger, President of Infiniti, commented: “The QX30 active crossover is joining our new premium compact family at the right time and will broaden our offer to new customers around the world. With our recent sales successes and record growth, the current product offensive will further strengthen Infiniti’s global market position.”

Alongside the Q30, revealed at the Frankfurt Motor Show in September 2015, the QX30 will play an integral role in Infiniti’s promise to offer customers a broader range of premium products. The vehicle is also expected to contribute to the continual increase of global sales – which have already hit record levels in 2015. 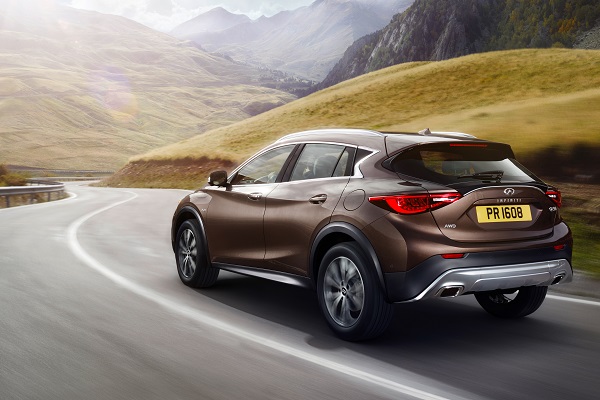 The 32,200 vehicles sold in China means Infiniti has already exceeded its full-year 2014 figure in the world’s largest car market, while in the U.S. Infiniti sold more than 106,700 vehicles, the best sales results in the country since 2005.

Global sales of 18,400 units in October represented an increase of 20% over the same month in the previous year, and continued a 14-month run of best individual months on record for Infiniti, including the best October sales in history for many regions and markets such as the Americas, China, Mexico, and Western Europe.

The Infiniti QX30 premium active crossover will go on sale in selected markets in the middle of 2016 with an Australian market release currently scheduled for the second half of next year.

The shape of the Infiniti Q30 Concept deliberately challenges categorisation – not a coupe, not a hatch and not a crossover but a fusion of the three body styles. It is designed for younger customers seeking an alternative to traditional premium compact vehicles and open to convention-challenging approaches. [Read More]

Infiniti today announced that its QX80 premium SUV will join the brand’s Australian model line-up and will be on sale in dealerships from later this month. Luxurious and sophisticated, the QX80 is the premium brand’s range-leading, full-size SUV and its arrival in July will herald the start of Infiniti’s next phase of new-model releases in Australia. [Read More]