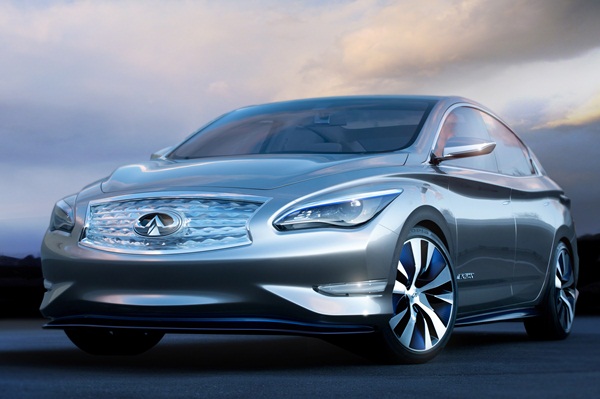 The Infiniti Emerg-e Concept, the latest embodiment of Infiniti Inspired Performance, makes its North American debut this weekend during festivities surrounding the 62nd annual Pebble Beach Concours d’Elegance, one of the world’s premier celebrations of the automobile.

Infiniti, which has enjoyed a major presence at the event for many years, will be showing a number of special vehicles in addition to the stunning Infiniti Emerg-e, including the Infiniti LE Concept luxury electric vehicle, the Red Bull Racing Formula 1 showcar, and the all-new 2013 IPL G Convertible – the second member of the Infiniti Performance Lineä. The collection of Infiniti vehicles is being shown at the Infiniti Moments of Inspiration display located at the top of Peter Hay Hill.

“It is always an honour to be included among the prestigious activities during the week of the Pebble Beach Concours and this year we’re bringing our most advanced concept ever,” said Infiniti Americas Vice President Ben Poore. “Named ‘Best in Show’ at this year’s Geneva Motor Show, Infiniti Emerg-e truly is one of the most technically interesting and artfully sculpted automobiles in the world today. It is a major achievement in both engineering and design.”

As the first mid-ship sports car the marque has ever produced, Infiniti Emerg-e takes the Infiniti design vocabulary in a fresh, intriguing and convincing new direction. Infiniti Emerg-e also seamlessly blends supercar performance with the ability to function as a true electric vehicle. The 300kW mid-engined, twin electric motor-powered Infiniti Emerg-e is capable of accelerating from 0 – 60 miles per hour in just 4.0 seconds – and from zero to 130 miles per hour in a single, seamless 30-second burst. Yet it also operates as a zero-emission urban transport over a 30-mile range.

Beyond its advanced packaging, the real beauty of the interior is its “smart hospitality” – combining a luxurious Infiniti environment with next-generation instrumentation, driver interface and connectivity. In keeping with the Infiniti challenger mentality, the LE Concept also includes a built-in wireless charging system, which is expected to be the first home-based wireless charging system if adapted for the production version.