Hyundai Staria – Hyundai will be replacing their iMax people mover with an all-new model called the Staria. 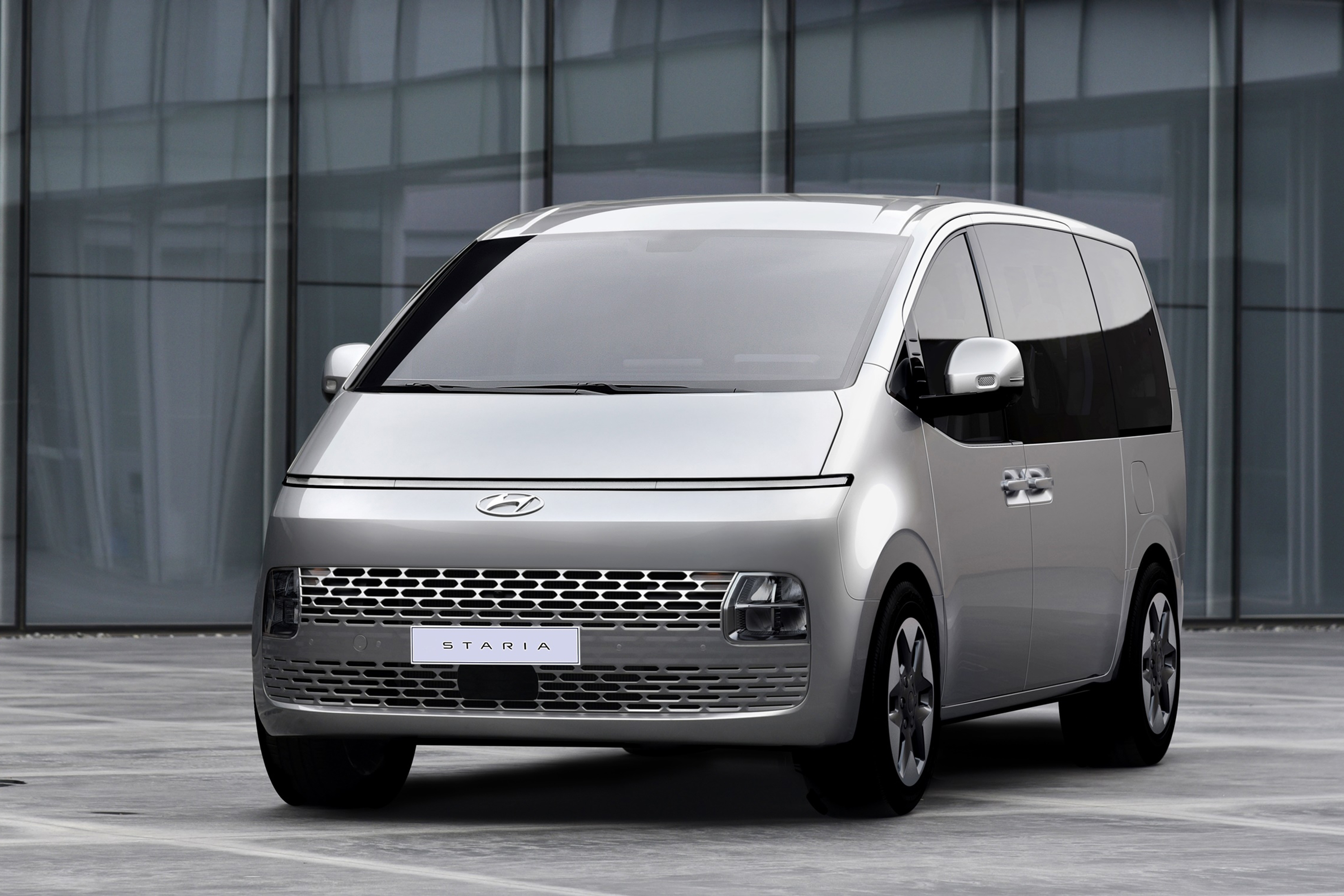 The external look is space age van, unlike Kia’s latest, dominant people mover the Carnival which is more like a stretched SUV.

Hyundai say that the STARIA’s look is based on an ‘inside-out’ approach, a new design methodology for future mobility that begins with the interior and expands it to the exterior.

This can help meet an expanding market for PBVs Purpose Built Vehicles. Future mobility is under pressure to move multiple people per vehicle while giving everyone enough space. It may ultimate be autonomous and electric powered which changes the internal space needs.

The Staria’s second row of seats for example will be able to swivel around 180 degrees and face people in the third row.

The Staria should be released in Australia in the second half of this year.

Kia launched the fourth generation Carnival in January this year some 23 years after the first model came to Australia. The latest model showing sleek design and is packed with all the goodies to face the SUV challenge head on. [Read More]