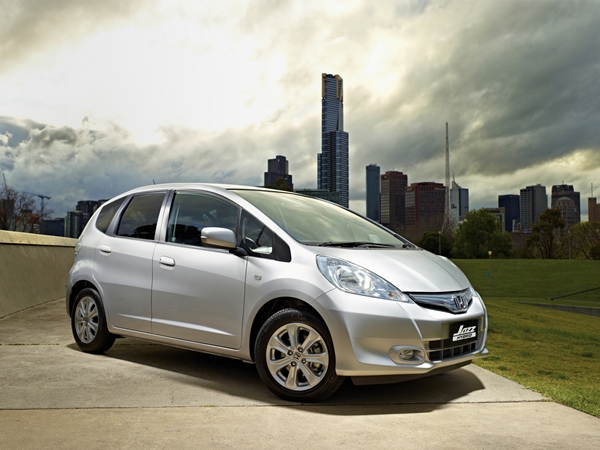 Honda has sold more than one million hybrid vehicles across the globe since 1999.

“Honda is a global leader in the development of hybrid technology, having introduced hybrid motoring to the world and later to Australia with the launch of the first-generation Insight in 2001.

“The hybrid market is growing in Australia as awareness increases, legislation changes and consumers chose vehicles that are more efficient and better on their hip pocket,” said Mr. Collins.

Honda’s hybrid vehicles use the unique Integrated Motor Assist (IMA) system, which combines a conventional petrol engine with an electric motor that recharges automatically by capturing energy from braking.

Honda Australia’s range of hybrid vehicles, which currently comprises the Insight, Civic Hybrid and award-winning CR-Z, is set to grow with the launch of the new Jazz Hybrid that will arrive in Australia in early 2013.

Honda is the world’s biggest engine manufacturer, a leader in automotive research and development and consistently rated a top performer in customer satisfaction. There are more than 400,000 Hondas on the road in Australia and millions of happy customers worldwide

Like Honda Cars? Well maybe the Honda Insight is worth a look. Not only is this hatchback fuel efficient but it is fun to drive and great value. [Read More]

Vancouver BC Canada is a enviro city with every taxi a Toyota and over 2/3 of them are the Hybrid Toyota Prius. The Toyota Prius is popular with the general public as well. [Read More]

The Sydney Festival 2012 takes on a new sporty look with Honda becoming a partner.The festival which takes places in January for three weeks will coincide with the launch of Honda’s all new sporty CR-Z.
[Read More]