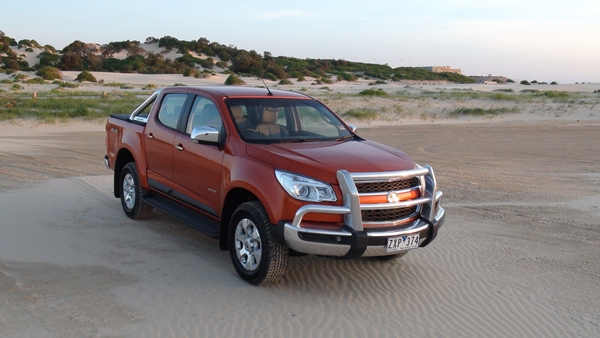 Additional features and a vastly improved Duramax 2 Turbo Diesel engine with more power and torque and a six speed auto transmission have led to the Colorado, by the slimmest of margins, winning 2013 4WD Dual Cab Ute Award.

The Colorado retains its pleasant external shape and has some new colours, namely the vibrant Sizzle Orange which is certainly noticeable on the road. One thing Holden has done extremely well is the range of original equipment accessories that complement the Colorado. The new Holden Alloy SuperBar certainly looks the part with its aggressive lines that complement an already great looking front end.

The Holden Caprice V-Series is a refined, luxurious and powerful vehicle, yet despite the impressive list features – its high fuel consumption and sheer size limit its practicalities as a private vehicle, instead being favoured amongst the upper echelon of hire cars. [Read More]