Haval H6 – Great Wall Motors who market in Australia Haval SUVs and the GWM utes, have shown good growth in recent times. So far this year their ute sales have plummeted while Haval’s small SUV the Jolion and their medium SUV the H6 have been their stand out performers. 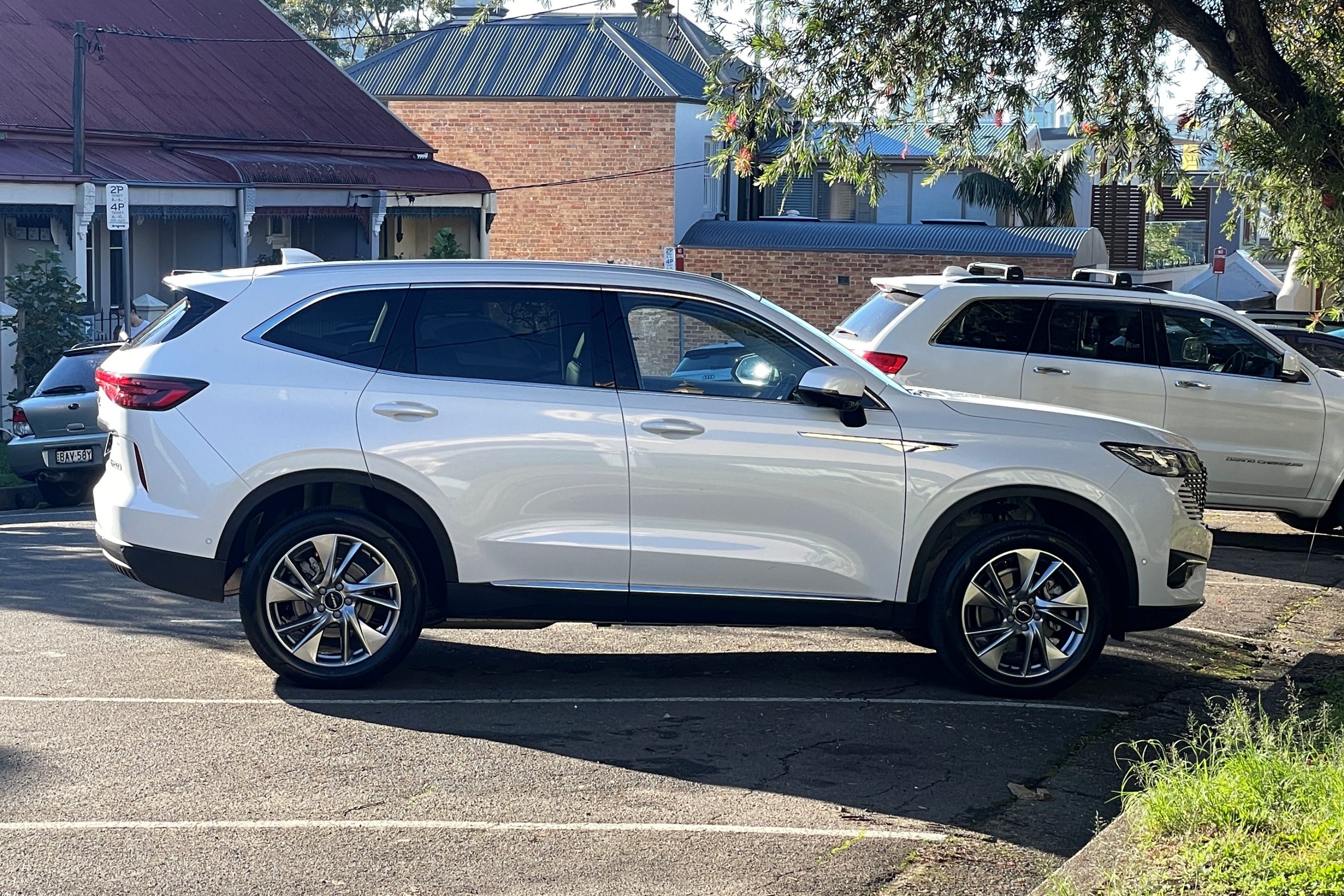 Some two years ago we drove one of their SUVs and thought it was a pretty good vehicle that would be better with the next generation.

We have just driven the medium sized H6 with the hybrid options and it represents some major improvements.

TO LISTEN TO THE Haval H6 RADIO REVIEW CLICK BELOW

It is not just a mild hybrid but one that gives quiet electric only power to start with and then as you drive will seamlessly turn off the petrol engine when you are requiring only moderate power.

The screens in front of the driver and the centre 11.6-inch infotainment screen gives some of the clearest camera images that I have seen. In front of the driver when you are in adaptive cruise control and lane keep assist it shows a graphic of the vehicles in front and in other lanes beside you, with clarity and some colour enhancements. To me this gives the driver great confidence in the technology because it looks so professional.

The lane keep assist however is a little twitchy in the correction that it makes. The cabin temperature controls which are on the centre touch screen were not easy to operate for some reason first thing in the morning especially if you are going from an extreme value.

It has good room in side and its own look with a typical SUV shape.

The feature list found on the H6 Ultra including but not limited to:

Renault is returning to the small SUV market in Australia with a re-release of their Captur Cross Over vehicle. [Read More]