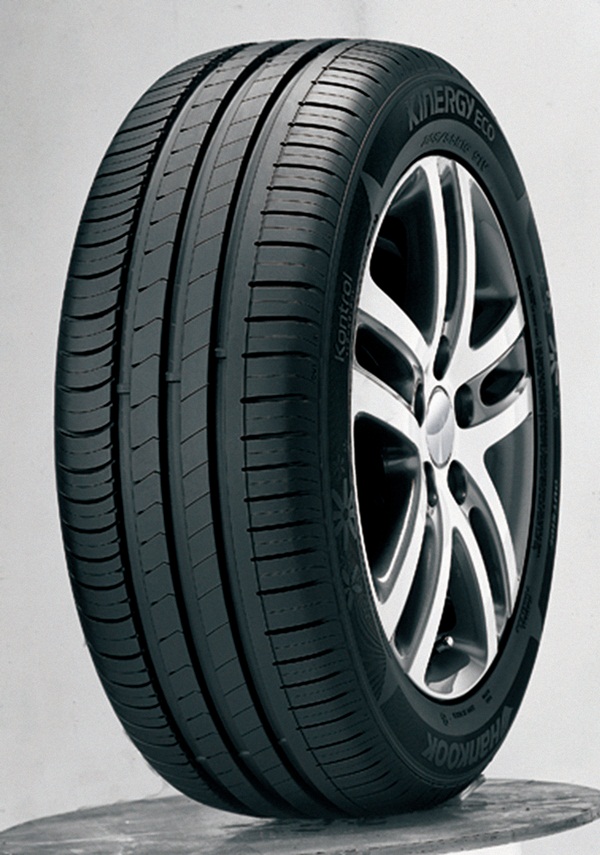 An innovative new tyre which strikes a better balance between environmental concerns, fuel economy and safety has been launched on the Australian market.

At the same time Kinergy Eco improves wet braking distances by eight per cent compared to other low rolling resistance (LRR) tyres in its class.

“Australian consumer values have changed a great deal in recent years and they want tyres that reduce fuel consumption – and as a result CO2 emissions – but they won’t sacrifice safety or driving comfort to satisfy those requirements.”

The key to achieving these seemingly conflicting goals has been Hankook’s pioneering use of nano-scale silica particles in the tyre’s rubber compound to reduce rolling resistance.

This is combined with a high performance tread pattern that has several features designed to improve handling and grip.

In the centre of the tyre larger tread blocks with an increased contact area are optimised for stiffness to improve dry handling performance.

The tread block edges are self-sharpening to ensure the necessary grip on both wet and dry roads.

The optimised arrangement of the grooves provides effective protection against aquaplaning.

The outer blocks of the Kinergy Eco tread pattern feature a semi-rib design to provide greater stability and handling performance.

On the sides of the tyre the pitch sequence of the grooves has been optimised for a quieter ride.

Hankook Kinergy Eco is now available in Australia in a range of sizes suitable for popular small and light segment passenger cars.

Recently Uber revealed that in 2016 the company experienced a massive data breach, resulting in the theft of information of about 57 million users and drivers worldwide. [Read More]